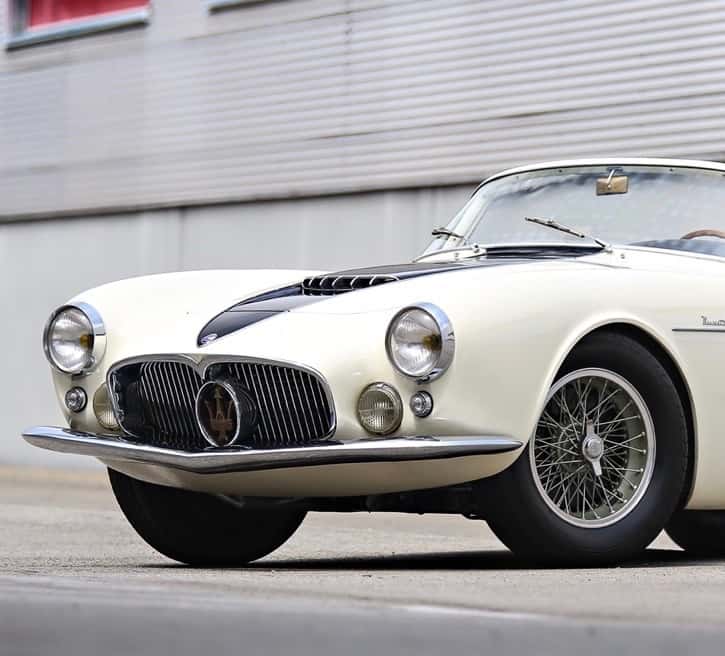 Ferraris tend to race away with the biggest bids during the Monterey car week auction action, but Maserati figures to get some love as well next month.

In addition to eight Trident-badged cars from the Riverside International Automotive Museum on the RM Sotheby’s docket, Gooding & Company has announced nine Maseratis, five from another single collection, for its Pebble Beach sale.

The cars, with their pre-auction estimated values, are:

“These postwar classics offer exclusivity, Italian artistry, as well as historic and Hollywood provenance that is enticing to the collecting spirit,” Gooding & Co. said in its news release.

“Historically significant, high-quality Maseratis such as these rarely appear for public sale,” the release quoted David Brynan, a Gooding senior car specialst. “These limited-production coach-built models, ranging from the original A6/1500 model to the exclusive 4.9 SS Ghibli Spider, showcase the many qualities that have made the Maserati name famous.”

Cars coming from the single collection include:

Among the other cars: