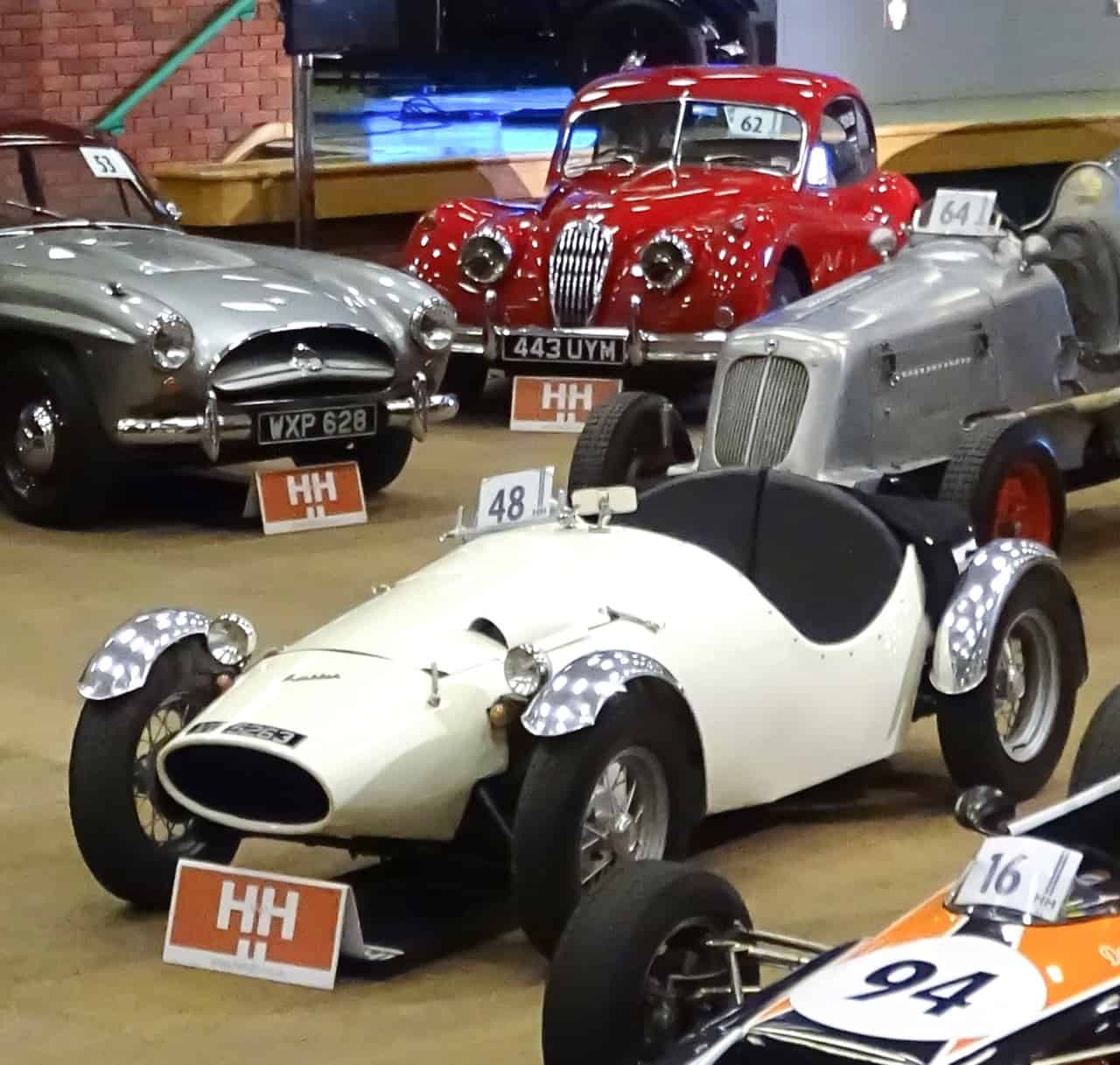 The Costin Nathan had been in storage for 45 years until a company hired to clear an estate found the car, which had been raced as both a Spyder and GT in the 1960s. Roger Nathan was on hand to watch the car’s auction.

“It is an amazing restoration project and a true ‘barn find’ slumbering in the late owner’s garage for the last 45 years,” John Markey, a former racer who heads the H&H Classic Hindhead Surrey office, said in a news release.

“This is quite a special car,” he continued. “It is the original Works Prototype as driven with success by Roger himself in ’66. I’m probably dewy eyed having raced one quite extensively in the 60s. From a personal angle, the car as an Imp engined GT was a delight to drive, very quick in its class with neutral handling and my car did the Targa Florio, the Montjuich 12 hours and an event at Anderstorp in Sweden without any mechanical problems whatsoever.”

The original Imp engine was sapped out for twin-cam Ford powerplant for the last races of its career.

“Once restored the Costin Nathan Works Prototype will be a unique proposition that would be welcome at some of the world’s most prestigious historic race meetings,” H&H added in its news release.

At the same sale, a 1949 Cadillac Series 75 Fleetwood sedan formally owned by Cardinal Richard J. Cushing brought £40,000 ($52,000). Cushing officiated the marriage of John and Jackie Kennedy and reportedly frequently took the car to visit the couple and their family.

“Every now and then one comes across a car that is particularly interesting not just for its engineering or design or any other physical reason but because it casts a light onto our own human history,” said Martin van der Zeeuw, H&H Classic agent in Holland and finder of the car.
“And this is one such car, its very close links with the remarkable, brilliant, tragic Kennedy family, makes it an object of particular and historic interest.”