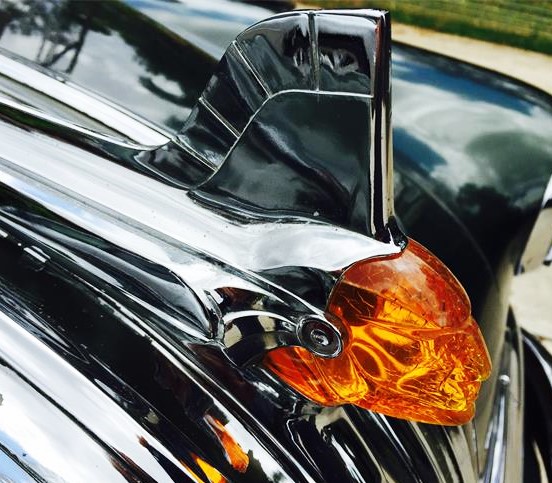 There was a time when people thought cars should look like rocket ships or jet fighters, when chrome was lavishly applied to evoke a notion of motion. In the late ’40s and early ’50s, Pontiac was the GM brand that brought the Buck Rogers universe into the family garage.

The Pick of the Day is a rare survivor of that era, a 1951 Pontiac Streamliner fastback coupe that the private seller in Lakeside, California, describes as a former “barn find” with 80,000 miles, and which remains in original, unmolested and, most importantly, running and driving condition.

This was the era when General Motors was starting up its modern styling ethos, when post-war design began to take off. And while the Pontiac was essentially a gussied-up Chevy, it also presented some stylistic and engineering advances that made it something special.

For one thing, there are the unique Silver Streak parallel lines of chrome that bisect the hood and trunk lid, an Art Deco design cue that went back to the ’30s but which really came alive in the ’50s, and still serves to set vintage Pontiacs apart. There is also the hood ornament with the illuminated amber Indian head, in homage to Chief Pontiac, the Ottawa leader after which the brand is named.

Under the rounded hood is the aged but potent straight-8 engine that displaces 268 cubic inches, and which produces 116 horsepower and 220 pound-feet of torque. This big flathead was first used in a Pontiac in 1933 and continued to power the eight-cylinder models through 1954, with performance rising through the years. Oddly, the engine also was named Silver Streak.

The sleek fastback coupe looks terrific in the photo gallery accompanying the ad on ClassicCars.com, with shiny chrome and glossy paint. The interior also seems decent. The only restoration mentioned by the seller is a “new exact duplicate wiring harness,” plus new tires and six-volt battery.

“Runs great, looks awesome,” the seller says. “There are not very many of these treasures around. This rare car is all original!”

The asking price seems kind of steep at $25,000, although the survivor status of this cool-looking Pontiac most-likely makes it worth it.