Collier, Lane to be honored at Hilton Head festival 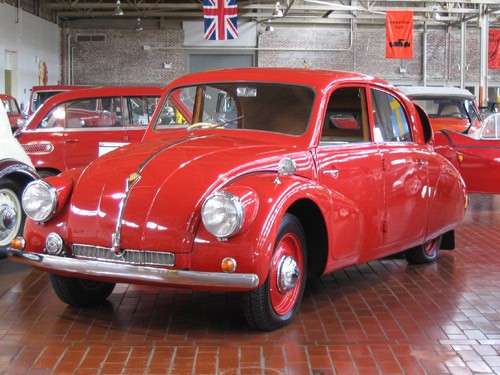 In addition to vehicles on the main show field, it has become popular with concours d’elegance to honor specific long-term car collectors with special displays of their vehicles. This year, the Hilton Head Island Motoring Festival & Concours d’Elegance again will feature two collectors and their cars, with Miles Collier receiving the Pinnacle Award and Jeff Lane as the Honored Collector.

With sponsorship and transportation support for the honors from Reliable Carriers, three vehicles from the Collier Collection in Florida and six cars from the Lane Motor Museum in Nashville will be showcased at both the Motoring Festival on Saturday, November 5, and the Concours on Sunday, November 6, at the Port Royal Golf Club on the island.

“Miles Collier and Jeff Lane have gone above and beyond solely preserving automotive history,” festival president Carolyn Vanagel said in a news release. “They are sharing it by opening their collections up to the more than 20,000 attendees we anticipate at this year’s Festival. It is that education that will develop future collectors and continue to make events like ours possible.”

Cars from the REVS Institute/Collier museum in Naples, Florida, to be displayed at Hilton Head are:

“No celebration of the automobile exists without the support of collectors,” the Festival’s news release noted. “Every year, the Hilton Head Island Motoring Festival & Concours d’Elegance recognizes one Honored Collector for their continued participation and support.”

This year that collector is Jeff Lane, who’s museum is known for its unusual if not unique vehicles and who will show: