Analysis: Brexit, auctions and what’s happening in the market

The auction market is a volatile thing. As with any such marketplace, prices can be impacted by an unfavorable classic car review, a single weak auction sell-through or the larger world economy. During the past month, we had all of these things happen at the same time. But while the market is a bit shaky, it still seems that great cars are selling for serious money.

Let’s start off with a recap of June sales:

The Finest Auctions staged its first live auction in conjunction with The Elegance at Hershey. The company offered 48 vehicles, which included some truly outstanding collector cars. The final sell-through for the sale was a respectable though not amazing 63 percent, but that number does not really tell the story.

Those figures illustrate that great cars are selling for strong money and are unaffected by location or the rest of the docket.

Barrett-Jackson rang the bell in a big way in its inaugural East Coast auction in Connecticut: A record number of bidders and attendees for a three-day auction (nearly 1,700 bidders and 90,000 spectators). The final tally of the results tells the same story with 552 cars sold for $26 million. This is a very strong result for a new auction venue and shows that the market is still moving forward.

Significant was that bid registrations were 30 percent greater than the inaugural event, with 50 percent of bidders being first-time clients to Auctions America. This speaks to continued growth in the auction market and, like Barrett-Jackson’s bidder numbers, important new buyers.

However, Bonham’s took the big hit from Brexit with its sale at the Goodwood Festival of Speed occurring just hours after the British voted to exit from the European Union. The auction suffered a 57 percent reduction in sales compared with the same event last year, albeit with total sales of £7.6, which would have been around $10.7 million in pre-Brexit dollars.

So what does this all mean to the collector car hobby?

Well, it sure looks as if collectors are still buying cars and paying good money for them. The lower end of the market, in the $20,000-$100,000 range, is very strong with multiple bidders paying what it costs to get the cars they want. The mid-range of the market, between $200,000-$600,000, is pretty much level with bidders paying market price for the cars they are after but unwilling to pay anything more. However, the high end for cars valued at more than $650,000 seems to be soft, with only the best examples approaching any kind of record prices. I see this as a trend that likely will continue at least until Britain and the Euro Zone figure out what their future might hold.

There will always be buyers who are willing to pay whatever it costs to get the extremely rare cars. Few of these cars — think Ferrari 290MM, Porsche 500 Spiders, Maserati A6Gs, Aston Martin DB4 GTs and Bentley Continental Rs — come to market, and the prices will always be very strong.

But the prices of less expensive cars such as Ferrari 250 PF coupes, long-hood Porsche 911s and Ferrari 512 BBs are likely to be flat at best and could see a bit of a dip. This is not necessarily a bad thing as it opens up the market to more people and, long term, a rare and desirable car will always have buyers.

Most interesting are the lower-end cars. If I were in a buying mode, which I am, I would look to buy cars at the $150,000 or lower level, and there is much action in this segment.

Monterey will tell the story of what all this means and my guess is that the trends above will be what we see there in August. A lot of the noise concerning Brexti will have died down by then and the market will be a bit more stable. The offerings in Monterey by the auction companies represented there are, for the most part, in the sweet spots of the market, and that figures to help to maintain stability. 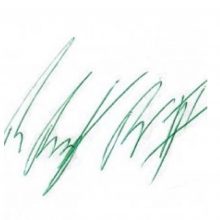 P.S.
I hope to see some you on my tours at Monterey of RM Sotheby’s and Bonhams. Sign ups for those tours will be posted soon.