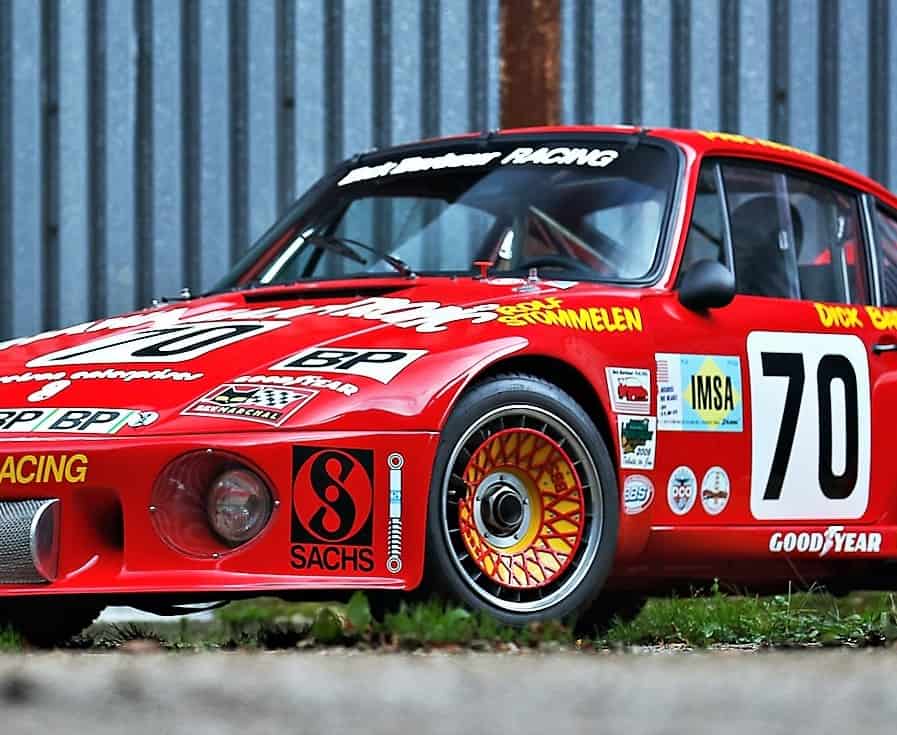 ‘A thrilling spectrum of important Porsches” is how Gooding & Company describes the top-drawer Porsche competition cars, including one driven at Le Mans by Hollywood legend Paul Newman, and rare sports cars to be offered at Gooding’s Pebble Beach Auction in August.

Valued in the high-six and seven figures, these are the Porsche collector’s equivalent of paintings by Monet or Gauguin, highly desirable and exclusive, and unattainable for most of us.

Gooding, which sold a collection of exceptional Porsches consigned by superstar comedian Jerry Seinfeld in March at Amelia Island, is focusing attention on three spectacular cars:

1979 Porsche 935 (pre-auction estimated value: $4,500,000-$5,500,000) – The 935 is one of the most important competition models in Porsche history. This car was part of the Dick Barbour team with a strong history of racing success and celebrity drivers. Among them, star actor Newman who shared driving duties with team owner Barbour and Rolf Stommelen at the 24 Hours of Le Mans in 1979, finishing second overall.

The Porsche 935 was the overall winner at the 1981 24 Hours of Daytona, driven by Bobby Rahal, Brian Redman and Bob Garretson, and in 1983 was first overall at the 12 Hours of Sebring, with drivers Wayne Baker, Jim Mullen and Kees Nierop.

The Porsche was restored in 2006 by marque specialist Paul Willison to its 1979 Le Mans “Hawaiian Tropic” livery, after which it won best in class at the 2007 Amelia Island Concours d’Elegance.

This is the most original Rothmans 911 SC/RS in existence, according to Gooding, along with its impressive race history and iconic livery. The car comes with a trove of Porsche/Rothmans documentation, including competition, testing and team organization notes.

With Rootwood trim on the dashboard, shift knob and brake handle, the car is one of two US-spec Flachbau examples finished in Grand Prix White. This Turbo S Flachbau was purchased new for a renowned collection and kept in time-capsule condition for nearly two decades, Gooding says. Recently serviced, the car was fully documented by Mark Smith, the creator of the comprehensive Flachbau registry, and it comes with a Porsche Certificate of Authenticity, service receipts, original factory tools, car cover and other original accessories.

Four other special Porsches highlight the Gooding sale, each one a star in its own right:

“We have seen significant interest in the Porsche market, especially for competition and limited-production vehicles,” David Gooding, president and founder of the auction company, said in a news release. “We are presenting examples that embody a connoisseur’s quest for exceptional provenance and distinction with these remarkable Porsches.”

The Gooding auction, held in conjunction with the Pebble Beach Concours d’Elegance, takes place August 20 and 21 at the Pebble Beach Equestrian Center. For information, visit the auction website.