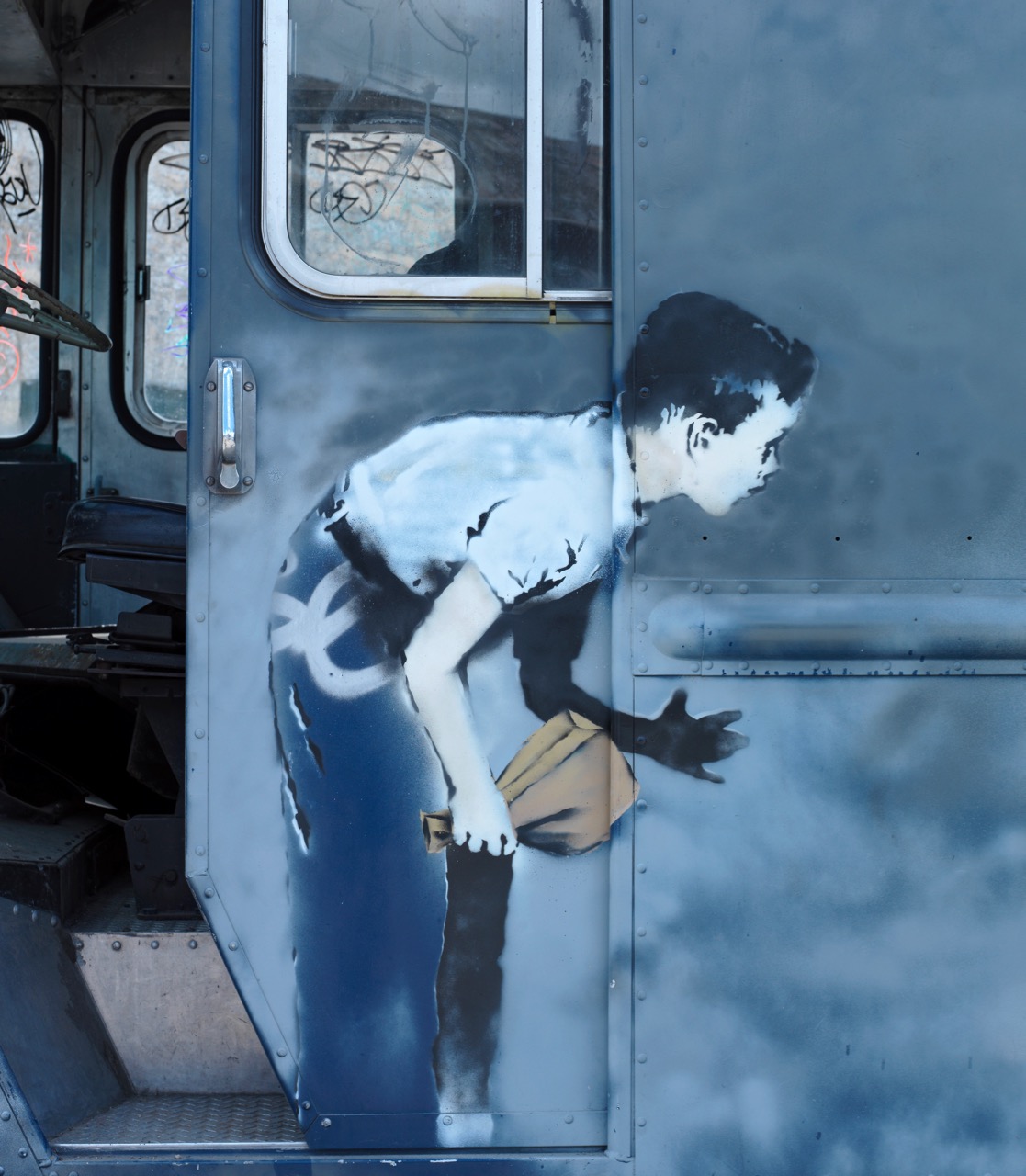 Why would someone pay nearly $300,000 at auction for what some would see as a graffiti-painted UPS or FedEx delivery van?

The answer is that this van is the Banksy SWAT van by the anonymous street artist from Bristol, England, and the SWAT team in action image on the trucks’ flanks has been seen as particularly ironic since the artist often has been in trouble with police because of his street art.

The van, considered high art in some circles, sold Thursday for
£218,500 (a post Brexit $292,819.50) at Bonhams’ Post-War and Contemporary Art auction at its New Bond Street facilities in London.

Until the auction, the van had been displayed only once, in September 2006 when it was unveiled at an industrial warehouse in downtown Los Angeles, where Banksy was making his American debut with a solo exhibition.

Banksy’s art on the van’s other side

“My main problem with cops is that they do what they’re told,” Banksy said at the time. “They say ‘Sorry mate, I’m just doing my job’ all the f….ing time.”

“Banksy’s characteristic stenciling technique, artfully employed on the SWAT van, was inspired by an incident: while the artist was hiding from the police under a rubbish lorry, he noticed the stenciled serial number. Stenciling has since allowed him to carry out complicated graffiti pieces extremely quickly, before he melts away into the night,” Bonhams noted.