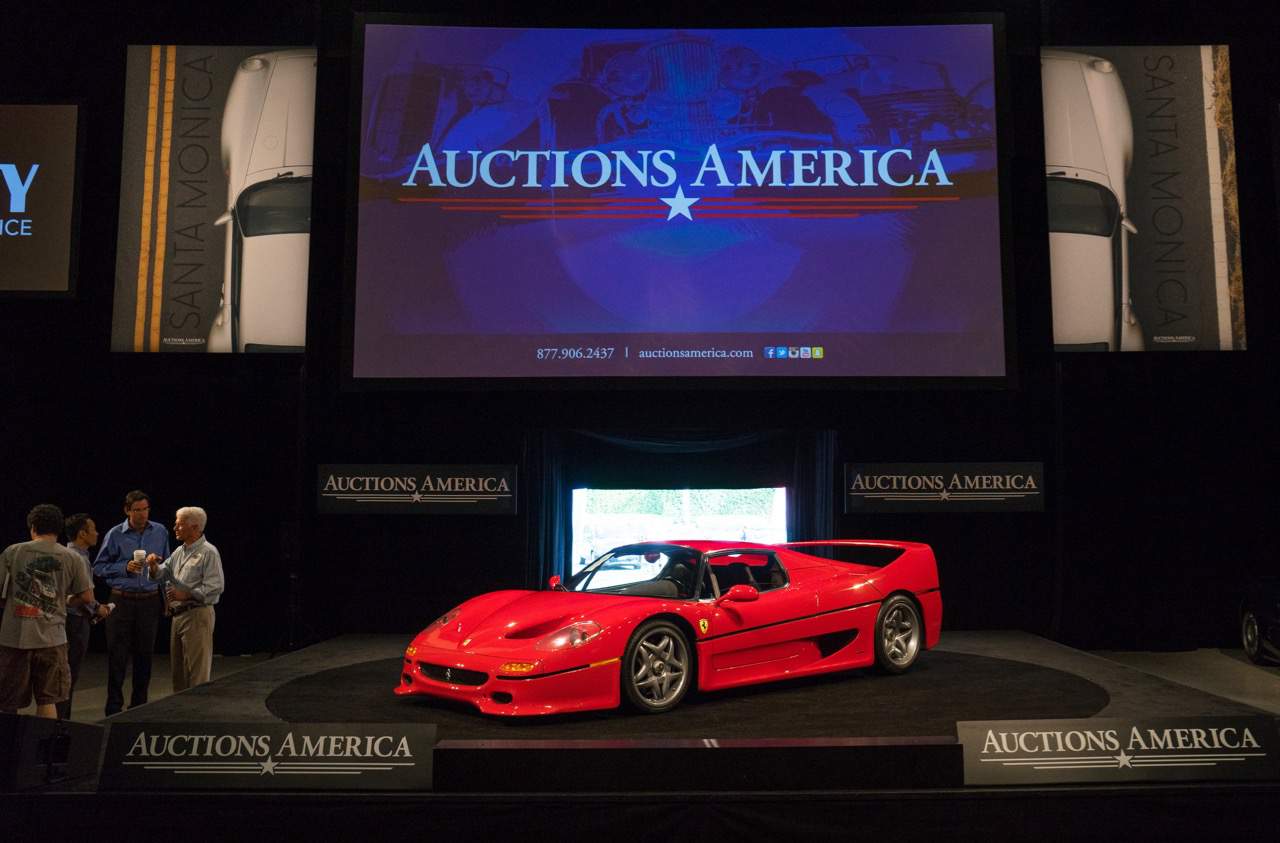 A pair of late-20th century supercars — a 1995 Ferrari F50 and a 1988 Porsche 959 Komfort — were the high-dollar sellers at Auctions America’s Santa Monica sale last weekend. Overall, the auction generated $14.2 million in transactions with a 65 percent sell-through rate for vehicles.

A highlight of the sale was the offering of a group of cars from the Riverside International Automotive Museum, several of which exceeded their pre-auction estimated value, Auctions America reported.

“We’re very pleased with both the results achieved and the strong attendance enjoyed at our Santa Monica sale,” Ian Kelleher, managing director of Auctions America’s West Coast Division, said in a news release.

“The fact that bidder registrations increased almost 30 percent on last year, and 50 percent of bidders represented first-time clients to Auctions America, speaks to both the quality and diversity of this year’s offering, as well as our team’s extensive marketing efforts.

“In addition to a packed sale room across both days, we welcomed a record volume of telephone bidders over the weekend, which triggered multiple spirited bidding contests.

“The response to the Riverside International Automotive Museum offering in particular was extremely positive, with numerous lots exceeding expectations. We look forward to continuing the momentum when the second part of the collection is offered by our sister company, RM Sotheby’s, in Monterey this August.”

In only its third year, the sale drew bids from people in 16 countries as well as 39 states, according to the auction company.

The 1995 Ferrari F50, one of just 55 built to U.S. specifications, and in Rossa Corsa, sold for $1,952,500. That figure makes the car the most expensive purchase in Auctions America’s history.

Auctions America’s next sale is its annual Auburn Fall Collector Car Weekend, August 31-September 4 at the Auburn Auction Park in northeast Indiana, where some 900 vehicles will be on the docket.