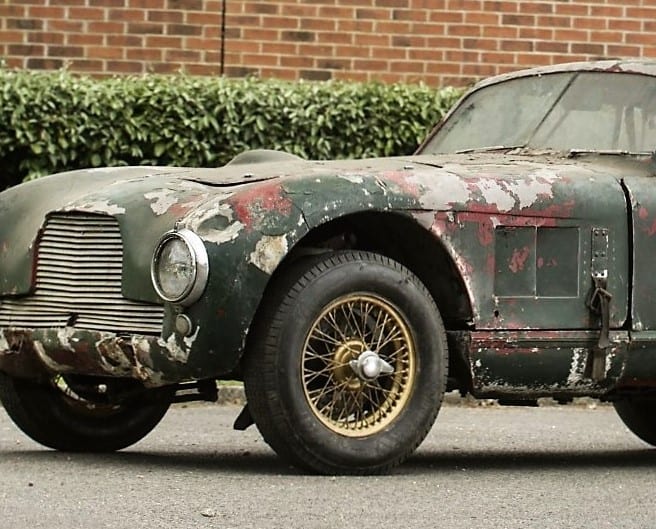 Despite a history of neglect, theft and abandonment, a shabby 1949 Aston Martin DB team car that raced at Le Mans sold Friday at the Bonhams Festival of Speed Sale in England for an impressive £679,100 ($928,941 at the current exchange rate; price includes buyer’s premium).

The Aston race coupe, serial number UMC 65, had been left in a garden for decades before it was stolen in 2002, according to Bonhams. It was recovered by police a decade later and finally returned to its rightful owners, who consigned it to the collector car auction held during the Goodwood vintage-car celebration in West Sussex.

“It’s wonderfully original patina, reminiscent of the days when it raced at both Le Mans and in the Spa 24-Hours, explain this special appeal. We are delighted that after such a troubled past, the car has achieved such a wonderful price for the family.”

Bonhams has not yet released full results from Goodwood, although the auction company did point out some other highlights of the sale (all include buyer fees):

• A pop-art Bentley Continental GT painted by renowned artist Peter Blake, and donated by Bentley to the Care2Save Charitable Trust, sold for £250,000 ($342,000).

(The British pound to U.S. dollar exchange rate reflects the devaluation of the pound Friday resulting from voter approval of splitting with the European Union.)