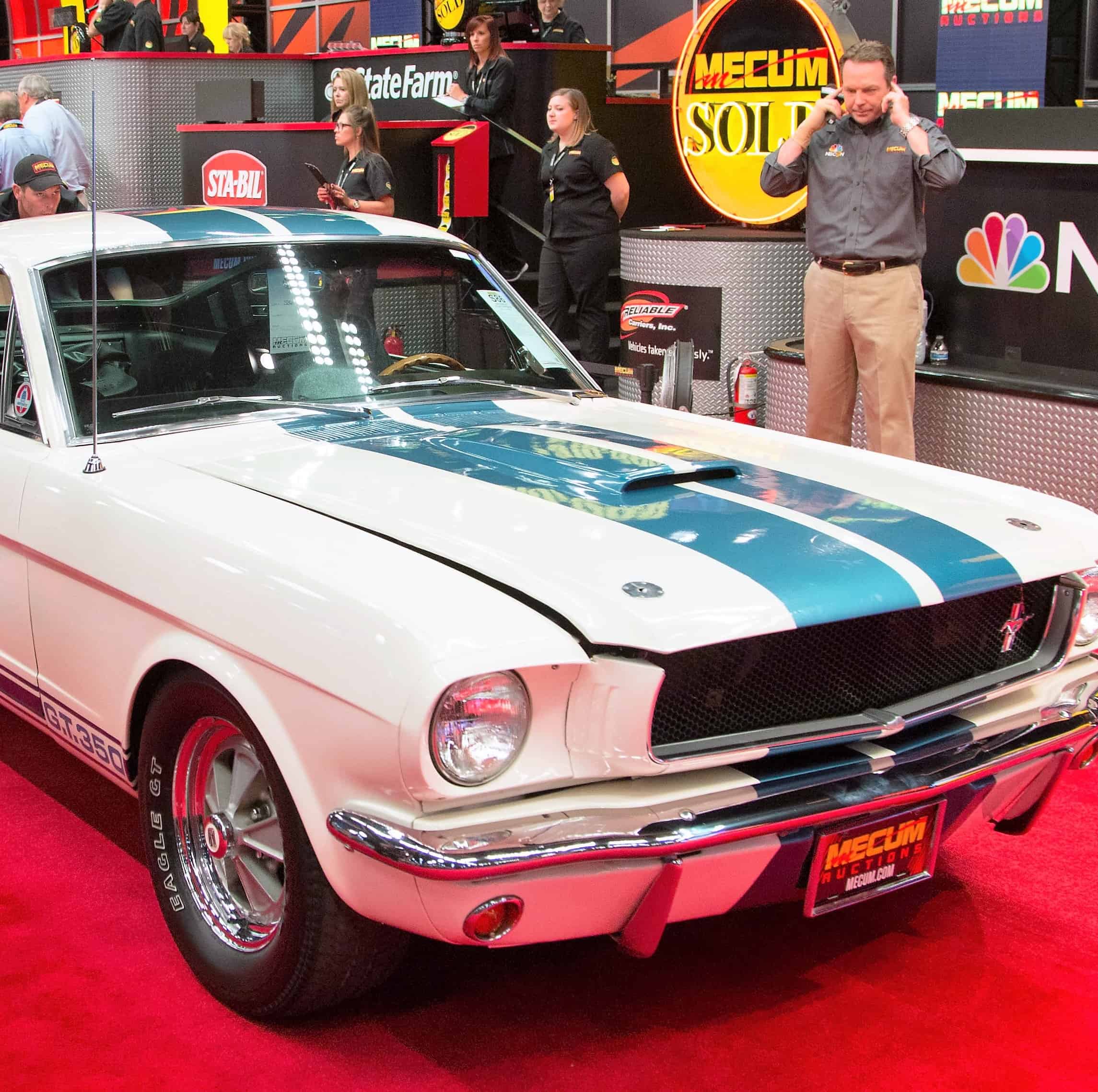 Mecum Auction’s inaugural sale in Portland, Oregon, was dominated by American muscle (including a Ford-V8-powered exotic) that filled the top 10 list of highest sellers among the 300 cars that sold for a total of $9.3 million, with a 67 percent sell through rate.

Leading the auction was an immaculate 1965 Shelby GT350 fastback coupe that had been with the same owner for 38 years. It sold for $305,000 (all results are hammer prices not including auction fees), a strong price for the Ford Mustang-based performance car.

The Ford-powered exotic was a 1974 DeTomaso Pantera, an unrestored survivor with a 351 cid V8 mounted behind the occupants. It sold for $100,000, putting it in ninth place. These Italian-American hybrids have been rising in visibility and popularity in recent years.

“The people of Portland were extremely welcoming, and the large crowds and strong bidding reflected their enthusiasm,” Dana Mecum, auction president and founder, said in a news release. “Portland proved to be an excellent city for a Mecum auction, and holding it over Father’s Day weekend gave families looking to celebrate a perfect place to do it.”

The top 10 sales for Mecum’s first Portland auction were:

(Results reflect hammer price and do not include buyer fees)

Mecum holds its next auction July 8-9 at the Colorado Convention Center in Denver, with 700 cars expected. For information, visit the auction website.