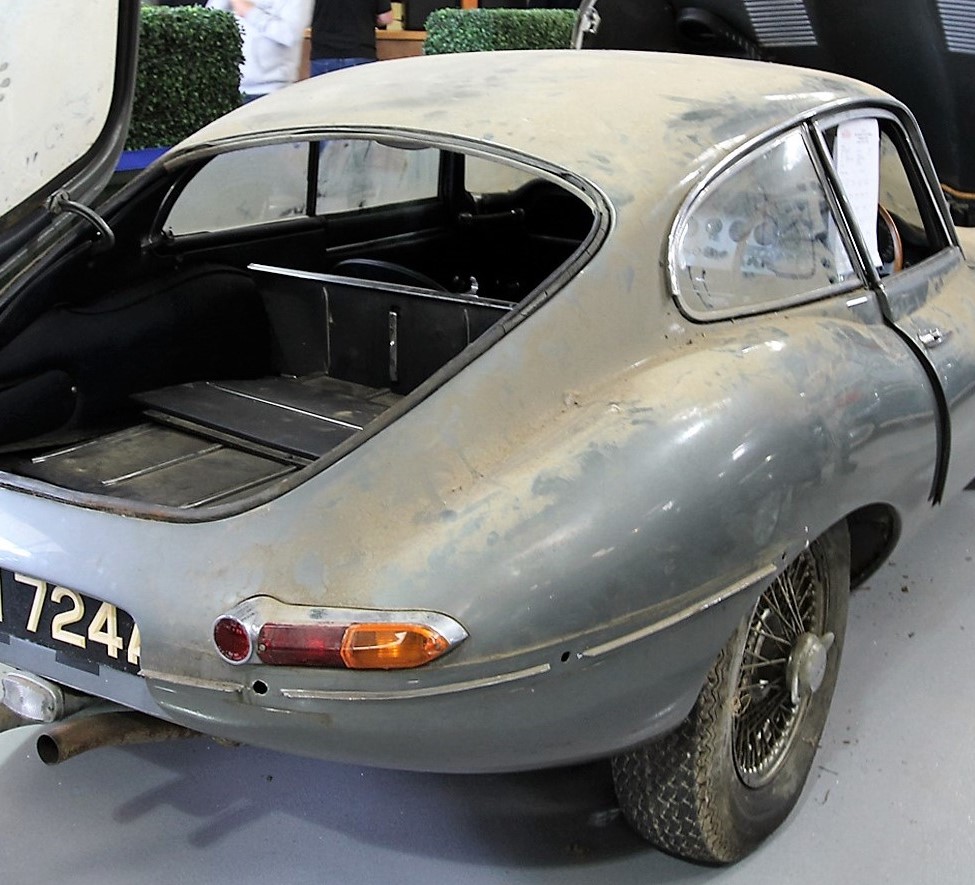 A musty “barn-find” 1963 Jaguar E-type coupe was the top seller at Classic Car Auctions’ sale last weekend at the Warwickshire Exhibition Centre in the U.K., garnering £66,000 ($97,000) including auction premium, more than doubling its pre-sale high estimate.

Bidders in the room battled 12 phone bidders, according to CCA, for the rights to the dirt-encrusted, partially dissembled XK-E that was recently pulled from storage after 20 years. The right-hand-drive coupe was described by the auction house as an “ideal candidate for restoration.”

CCA gained its highest overall sales total yet at £1.4million ($2.05 million at the current exchange rate) with an 80 percent sell-through rate for about 160 cars crossing the block.

“This was our biggest catalogue yet and our customers were clearly impressed by the great selection, variety and value of cars we had on offer,” CCA general manager Guy Lees-Milne said in a news release. “It was great to see so many people join us, the atmosphere was once again fantastic with some very special cars selling for some amazing prices.”

“I’m delighted that once again we have helped our vendors sell their ‘everyman’ cars for some great prices,” Lees-Milne said. “It’s always wonderful to welcome new buyers to our sales and hope to see many more at our next auction.”