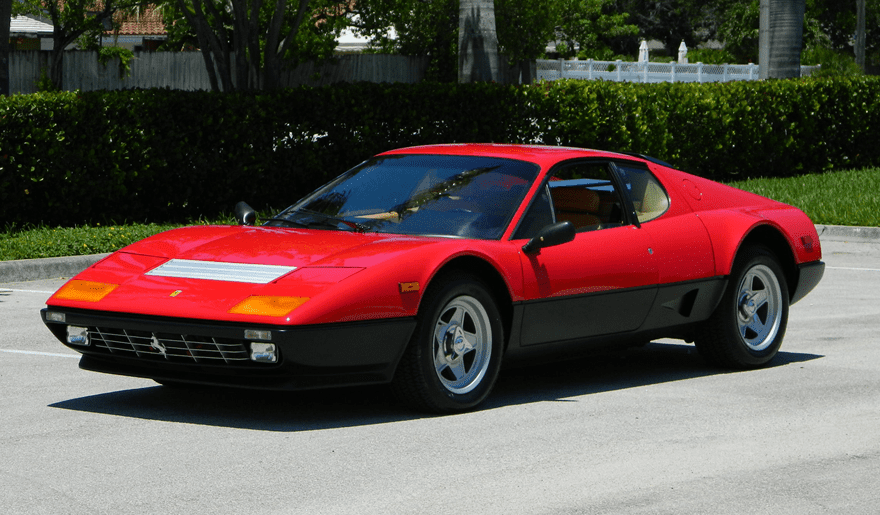 Editor’s note: This is the ninth in a 10-day series featuring cars to be sold June 23-25 at Barrett-Jackson’s 2016 Northeast Auction.

Produced from 1977 through 1985, the 512 Berlinetta Boxer BB was never officially exported to the United States, making a stateside sighting an uncommon experience.

The 512 BB featured a flat 12-cylinder engine with horizontally opposed cylinders, or “boxer-style,” with a 5-speed manual transmission and dual-disc clutch. The 512 BBi is also recognized as Ferrari’s first mid-engine supercar.

The powerplant wasn’t easily tuned to meet U.S. emissions regulations, leading to the non-exportation of the cars until 1981, when Ferrari replaced the 512 engine’s carburetors with electronic fuel injection and Digiplex ignition control. This modification plays an important distinction between the BBi cars as opposed to the BB 512s.

Though official exports to the U.S. were still banned, the EFI made it easier for independent shops to recalibrate the cars for federal emissions and a trickle of Ferrari’s flagship performance model began to legally appear on American roads.

With coachwork by Scaglietti, the 512 Berlinetta Boxer series is considered the last truly handmade Ferrari and only 1,007 512 BBi cars were built over the model run.

Offered with a reserve at Barrett-Jacksons inaugural Northeast auction, this 1984 Ferrari 512 BBI, lot 684, was delivered to Walnut Creek Ferrari in October 1983 and has been properly federalized with its California Bureau of Automotive Repair, BAR, sticker intact.

Painted Rosso Corsa with Boxer trim over tan leather, this Ferrari 512 BBI has less than 11,000 miles and comes complete with the factory-issued tool kit and service/ownership books.