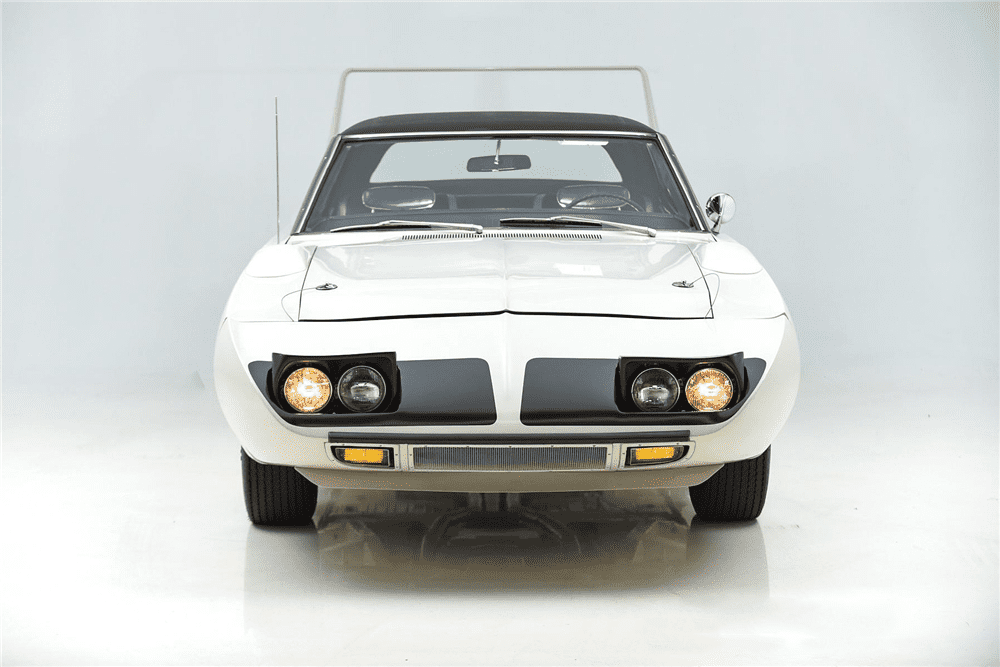 Editor’s note: This is the eighth in a 10-day series featuring cars to be sold June 23-25 at Barrett-Jackson’s 2016 Northeast Auction.

Once upon a time in NASCAR racing, Chrysler designers and engineers were granted unrestricted access to the outer edges of their own imaginations. Sheer horsepower and advanced aerodynamics led to a car designed not only to conquer the track, but to bring “The King,” Richard Petty, back on the track and to the brand.

The Plymouth Superbird dominated the speedways of America like nothing before.

In 1969 and 1970, NASCAR changed eligibility requirements from 500 production units to one unit per U.S. dealership. For Plymouth, this meant 1,920 Superbird needed to be produced to be eligible for competition.

After winning or placing on the podium in 38 of the 48 major races during the 1970 NASCAR season, the Superbird was outlawed, making the car very notorious and highly desirable.

Offered with reserve at Barrett-Jackson’s inaugural Northeast auction, this 1970 Plymouth Hemi Superbird, lot 676, has undergone a rotisserie restoration with attention to detail that showcases the character of this machine for future generations.

Finished in Alpine White, this Superbird still carries its original Street HEMI engine along with the correct 3-speed automatic transmission and driveline components.

Mopar expert Galen Govier produced a 20-page visual inspection document for this car that confirms its authenticity and rarity as one of only 77 Hemi Superbirds produced with the TorqueFlite automatic transmission.

Additional features of this Superbird include power steering and power brakes with vented discs up front. The 8-3/4 rear end houses 3.55 gears, which keep the HEMI engine in a playful range, but still civil during cruising hours. A Rally dash, 3-speed windshield wipers and an AM radio are also included.