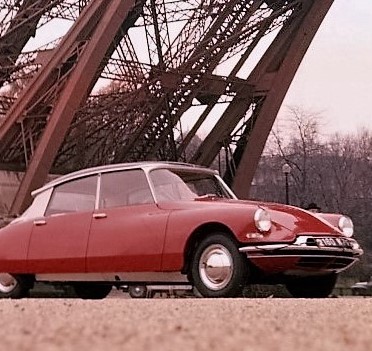 As vintage-car enthusiasts whose favorite old-school rides lack the basic safety and emissions-control features mandated for modern cars, we always harbor the concern that our classics could be legislated off the road. The fear is that the day will come when we no longer could drive our old cars legally.

There are those misguided zealots who favor such draconian measures to reduce air pollution. But in most places, cooler and more-sensible heads have prevailed.

The rational explanation for allowing classic and historically significant collector cars to be driven on today’s highways is that they are comparably so few in number and driven so few miles that any pollution they omit is insignificant.

In most places, cars and light trucks with such things as historic-vehicle license plates and collector-car insurance are exempted from emissions testing and other similar regulations. Old beater cars that don’t pass muster as collector vehicles have to be fixed or scrapped.

This past week in Paris, collector cars were reprieved from being banned from the city as the French capital rolls out a multi-year program designed to eventually eliminate any vehicles more than 10 years old from being driven downtown. On July 1, the first of the rules take effect, prohibiting any pre-1997 vehicle from being driven in the central city from Monday through Friday. By 2020, no cars built before 2011 will be allowed to drive in the city at any time.

The sad fact of the matter is that the lovely old European classics, including France’s own vintage Citroens, Peugeots and Renaults, among others, would no longer be part of the Paris streetscape.

But in a series of apparently intense meetings between city leaders and representatives of the Fédération Française des Véhicules d’Epoque (French Federation of Vintage Vehicles), it was decided that vehicles that are 30 years old or older and registered as collector vehicles would be exempt from the increasingly strict regulations.

This bodes well as other major cities across Europe watch Paris to see how it goes with its anti-pollution program. No doubt, the older European cities that have become choked with traffic and smoggy haze need to take action to rein in tailpipe emissions to protect public health. Let’s hope they learn from Paris’ example and leave collector cars out of the equation.

There are similar instances of such actions in the United States, where collector vehicles are often exempted from pollution-control regulations. For example, here in Arizona, where many older vehicles are still on the road because of the dry climate, there is EPA-mandated emissions testing in the urban areas of Phoenix and Tucson for 1967 or newer cars and trucks (vehicles produced within the past six years are exempt).

The rule swept up many collector vehicles into its broad net, including cars that were infrequently driven and posed no significant pollution threat. This was something of a hassle for me because one of my old cars, a 1970 MGB roadster that I had modified for improved performance, was a real bear to get through emissions. It would pass the fast-running test but fail the idling portion, which is a typical problem for cars of that era that have only rudimentary emissions controls.

I would have to tune it totally out of whack just to get its idling numbers under the limit, and then bring it back to running order once I got it home.

Fortunately, and because of continuous efforts by the Arizona Automobile Hobbyist Council, the state legislature a few years ago moved to eliminate emissions testing for bona fide collector cars. My MG with its historic vehicle registration and collector-car insurance, and which is driven less than 1,000 miles per year, qualified and no longer has to struggle with the annual test.

This only makes sense, not just because of the minuscule amount of pollution emitted by collector cars but in recognition of the older cars’ historic and cultural value. Yes, there are people who would like to see all old cars, from horseless-carriage antiques and pre-WWII classics to muscle cars and sports cars of the ’50s through the ’90s, eliminated from our roads because they are not as safe and not as clean as newer vehicles. But what a shame it would be to relegate our automotive heritage and a hobby that so many us enjoy to static display in museums. Or the wrecking yard.

We, as the community of classic car collectors and hobbyists, must remain vigilant against efforts that would take old cars off the road, as the president of the French Federation of Vintage Vehicles, Alain Guillaume, wrote to federation members in announcing the pact to allow classic cars on the streets of Paris.

“We have to constantly defend our freedom of movement with our vintage vehicles (that) face new environmental constraints,” Guillaume wrote (translated from French).

We don’t tear down cherished old buildings because they are less safe or efficient. In Paris, where the glories of a cultured past makes it one of the greatest places on earth, what then is more appropriate than allowing vintage vehicles to remain on its beautifully weathered city streets, among the lovely historic structures and prized monuments, adding to the visual splendor of the City of Light?