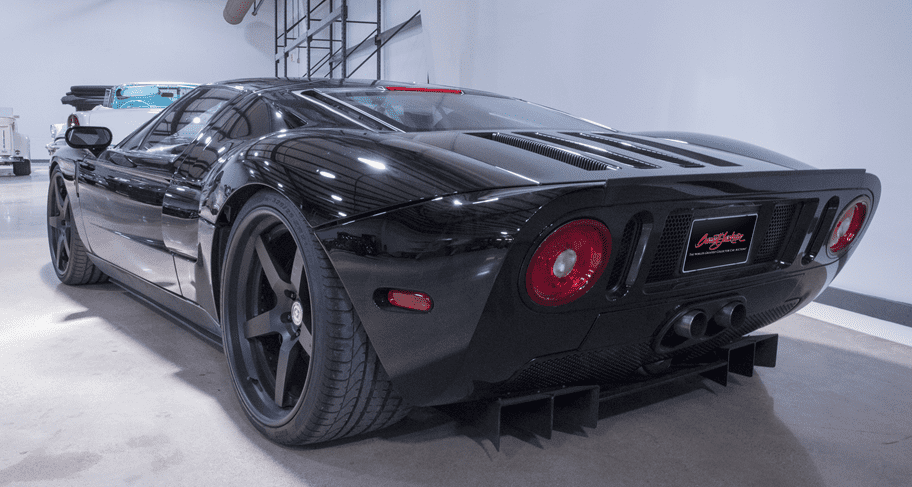 Editor’s note: This is the sixth in a 10-day series featuring cars to be sold June 23-25 at Barrett-Jackson’s 2016 Northeast Auction.

The Ford GT40 moved from famous to legendary during a string of victories at Le Mans that began in 1966 with Henry Ford II’s demand to “beat Ferrari’s ass.” Shelby American and Holman-Moody delivered with a commanding 1-2-3 finish in 1966 to end Ferrari’s dominance over the previous six years.

In 2003, Ford took the automotive world by storm when it was announced its “GT40” concept car would come to life as the all-new 2005 Ford GT.

Offered with a reserve at Barrett-Jackson’s inaugural Northeast auction is this 2005 Ford GT, lot 643, that was custom built by Gas Monkey Garage and featured over two episodes of Fast N’ Loud.

Richard Rawlings and Aaron Kaufman got the car with front end collision damage that “looked worse than it was.”

As seen in the show, after replacing/repairing the damaged components, the duo set to work on the process of improving the performance and handling. A custom one-of-a-kind air ride system was engineered utilizing Ridetech Shockwave units coupled with an Accuair management system for precise ride height adjustments.

Performance was enhanced with a set of MMR cams and a 4.0-liter Whipple supercharger exhausting through a set of Borla long tube headers. The engine is rated with an output of 808 rear-wheel horsepower, mated to a 6-speed manual transmission.

Brembo brakes are used to stop the vehicle and tucked away behind a custom one-off set of HRE staggered wheels.