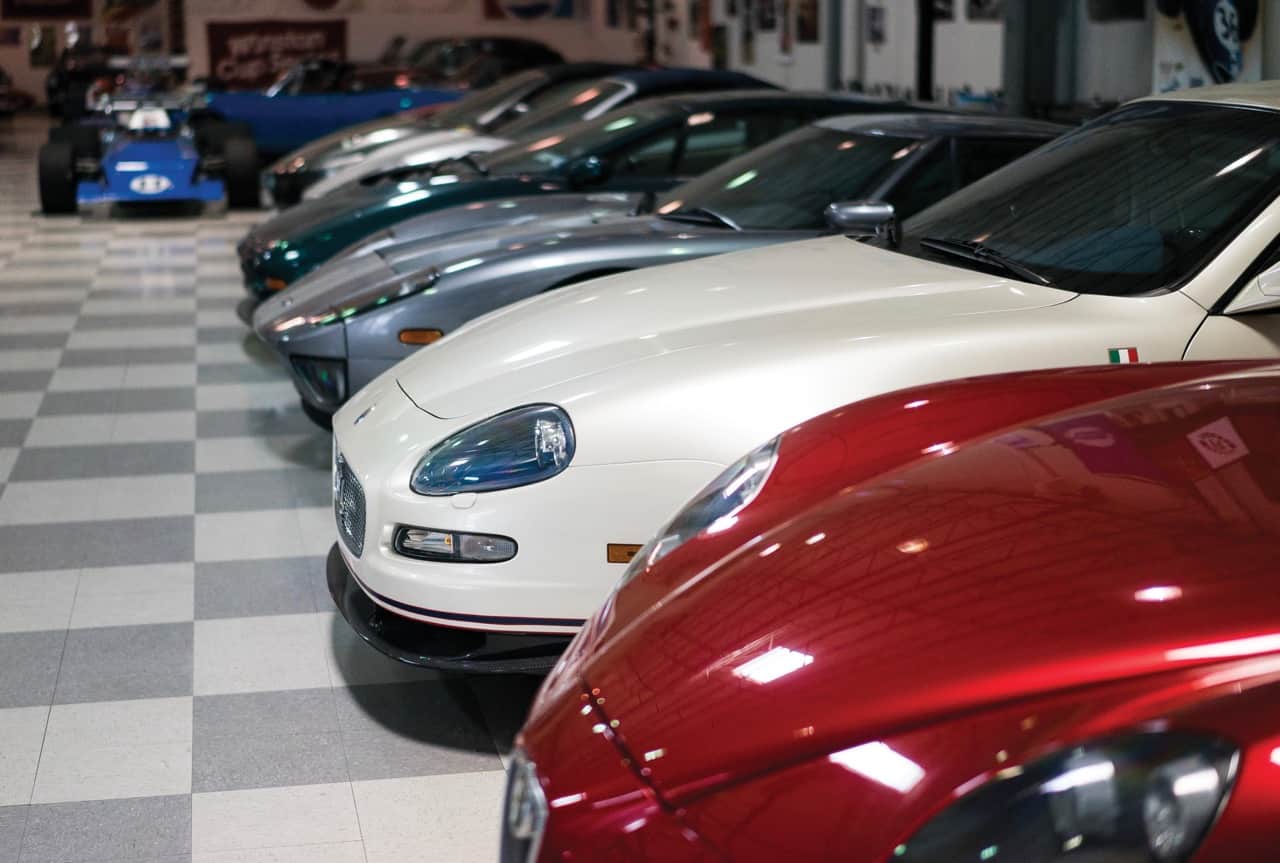 Nearly 50 vehicles from the Riverside International Automotive Museum will be offered for sale this summer at RM Sotheby’s and Auctions America’s events in California. Most of the cars are going to Auctions America’s June 25-26 sale at Santa Monica with the remaining 15, including Dan Gurney’s first 1966 AAR Eagle Indy racer, headed to RM Sotheby’s annual auction on the Monterey Peninsula in mid-August.

The 20,000-square-foot Riverside museum was founded by Ray and Doug Magnon, father and son, respectively, in 2006 and featured one of the largest collections of Maserati road cars in the United States, including one of every Maserati model available in this country since 1951, RM Sotheby’s noted in its news release.

Doug Magnon died last year and the museum, which primarily was his personal passion and collection, is closing.

“It’s an absolute privilege to be involved with the sale of such an important collection as the Riverside International Automotive Museum,” David Swig, RM Sotheby’s car specialist, said in a news release.

“This collection is truly representative of the genuine enthusiasm of the Magnon family, specifically Ray and Doug, for the Maserati marque and AAR Eagle Indy cars in particular,” Swig added.

“When it comes to the Maseratis, it’s unprecedented to have the opportunity to offer such a complete ‘library’ collection, and certainly an occasion we expect will command the attention of Maserati enthusiasts worldwide.

“Additionally, the significance of the series of Gurney Eagles to Indy racing and the history of American racing car construction cannot be overstated. We’re honored to have this opportunity to pay tribute the passion of Ray and Doug Magnon, and to share their legacy with the global collector community.”as well as nine other cars to be offered at no reserve, among them a 2008 Alfa Romeo 8C Competizione, a 2006 Ford GT and a 1994 Jaguar XJ220.

More of the Riverside museum collection

The Auctions America sale will include 14 of the Magnon Maseratis as well as nine other cars to be offered at no reserve, among them a 2008 Alfa Romeo 8C Competizione, a 2006 Ford GT and a 1994 Jaguar XJ220.

Among the Maseratis on the docket are a 1967 Maserati Mistral coupe, a 2005 Maserati Spyder 90th Anniversary Cambiocorsa, and a 2006 Maserati Gran Sport Victory Cambiocorsa.

“Doug was well-known and respected in the Maserati community, and his passion for Italian cars was renowned,” Riverside museum board member Philip Yanni.