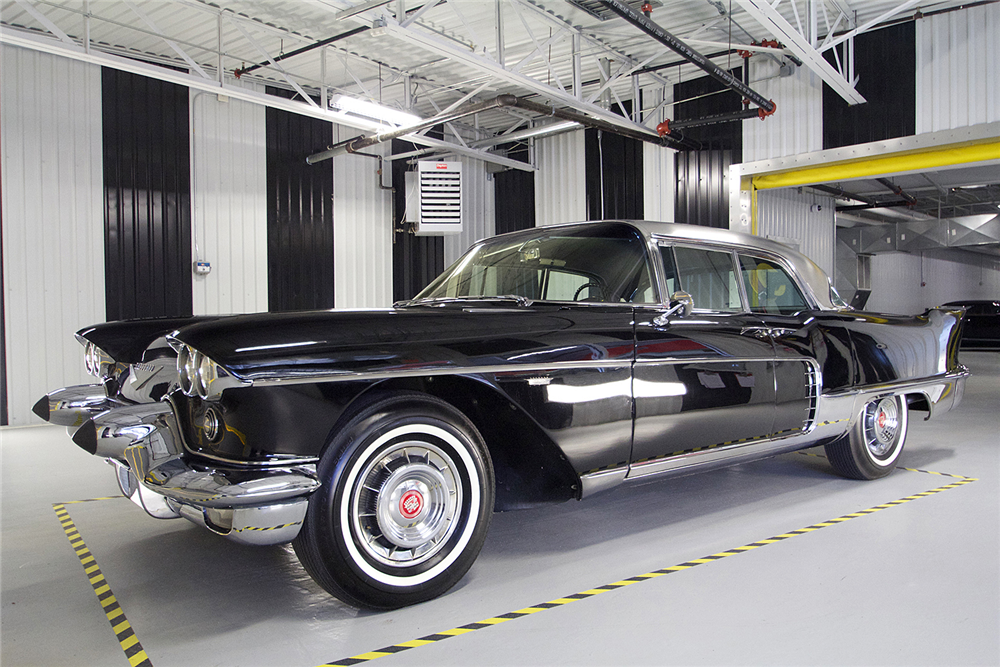 Editor’s note: This is the first in a 10-day series featuring cars to be sold June 23-25 at Barrett-Jackson’s 2016 Northeast Auction.

Introduced in 1953, the Cadillac Eldorado was the automaker’s launch into the new era of automotive design, proving again the brand’s dominance in the growing luxury car segment.

The name is a contraction of two Spanish words which translate to “the gilded (golden) one,” and also refers to El Dorado, the mythical lost city of gold. The car received its name as a concept car designed to celebrate Cadillac’s golden anniversary.

Eldorado’s produced between 1957 and 1960 are regarded at the car’s third generation of production and included convertible and hardtop versions, known as the Seville and Brougham editions. The Eldorado Brougham models were the most expensive cars offered by Cadillac during those years.

Designed by Ed Glowacke, the Eldorado Brougham was a hand-built car that featured quad headlights and wide ribbed lower rear quarter panels, among other details.

In total, 304 Eldorado Broughams were sold in 1958, which was also the last year of domestic production, which moved to Pininfarina in Turin, Italy, for the following year.

Set to cross the Barrett-Jackson Northeast auction block at no reserve is lot 712, a 1958 Cadillac Eldorado Brougham. This Eldorado Brougham is finished in black with a black-and-white leather interior, powered by a 364 cid V8 engine with three-speed automatic transmission.

In 2006, a previous owner purchased the car unrestored from a seller in Arizona. The car then underwent a three-year restoration and was sold to a collector who invested in additional restoration work.

Restoration of the car encompassed a complete disassembling of all body and interior in addition to a complete engine rebuild, transmission rebuild, and other freshening of other mechanical components.