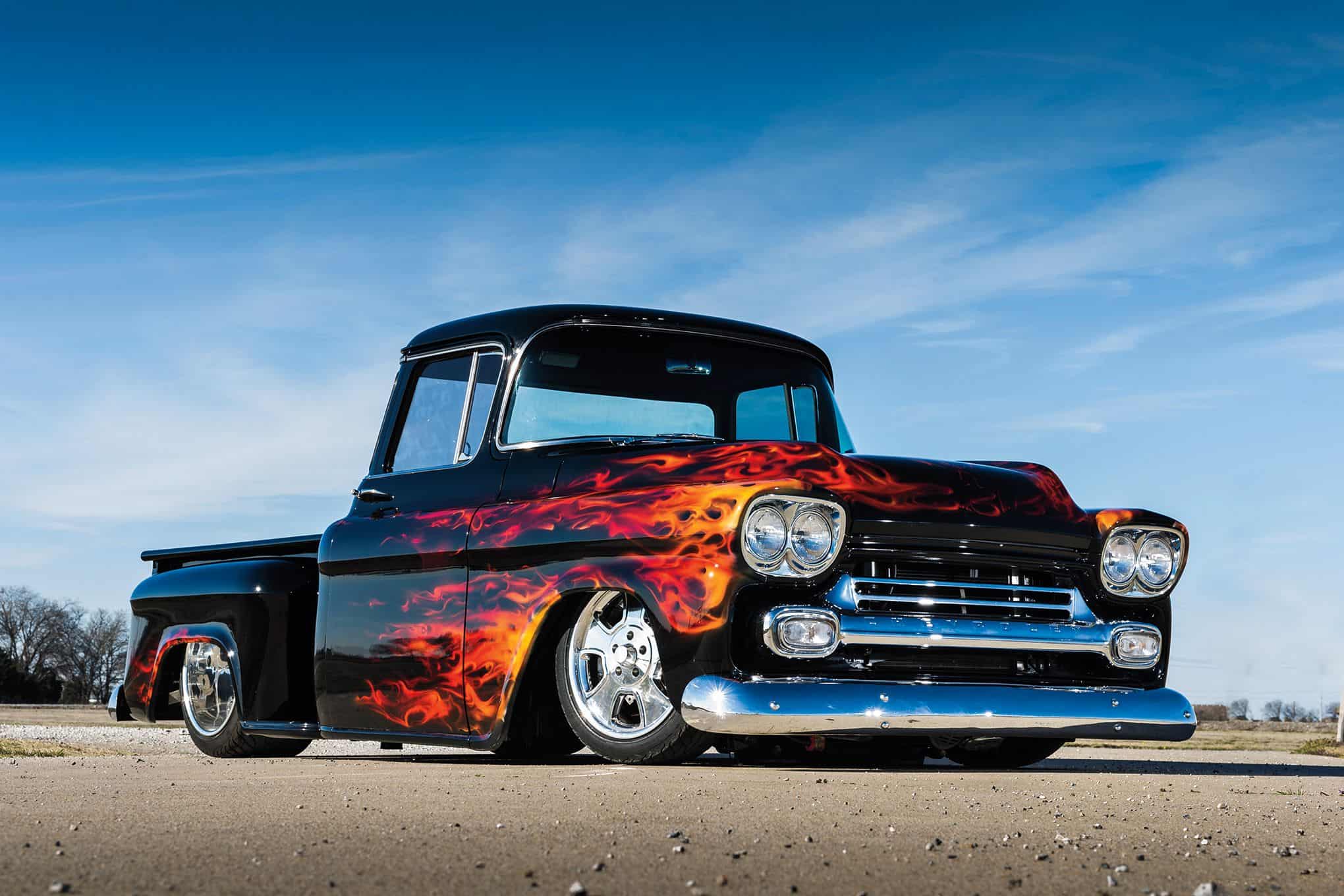 There is just something so inherently cool about trucks from the mid to late ‘50s. This era of automobiles benefited from the birth of the aftermarket industry, which kicked off at the conclusion of World War II when manufacturers switched from producing war-related items to performance parts and cosmetic enhancements, among other things. The aftermarket industry made it possible for enthusiasts to personalize their cars and trucks, which gave way to the hot rod culture.

The Pick of the Day, a 1959 Chevrolet Apache, blends hot rod performance and ‘50s styling for a unique but still iconic look.

Offered for $59,500 by a private seller in Sachse, Texas, the listing on ClassicCars.com directs those interested in the truck to an article in Truck Trend magazine. The article explains that the owner purchased the truck in 2009, but after taking possession of it, he learned that although the paint had been redone, the “drive train, suspension, cooling and other aspects of the truck, while pretty clean, still needed a lot of work to live up to his expectations.”

The owner began working with Mitch Henderson Designs after a few brainstorming meetings in 2012, the article says.  The build began with installation of a front clip while the rear received a custom four-link setup to accommodate the AccuAir Suspension system, used “to really improve the ride quality and be able to set the truck on the ground with a touch of a button.”

Adding to the trucks stance is a set of Bonspeed-Finspeed wheels, size 18×7 in the front and 20×14 in the rear, wrapped in Mickey Thompson Sportsman tires.

The clean-looking interior of the Apache is black Tea’s Seats in Ultra Leather, a shaved dashboard and a custom Chevy Bel Air steering wheel.

The truck’s body is made up of the original steel and features 1953 Buick Roadmaster Taillights and a Bedwood kit, while the airbrush flame paint job was done by “Zivic Custom Airbrush,” according to the magazine article.

The seller says that since the article was published, he has changed the radiator to a BeCool unit, “as the original one did not keep the estimated 600-horsepower motor cool enough.”

“There is a little over 1,000 miles since the build,” the seller notes, adding Iit’s been garaged since day one” and the truck looks as good in person as it does in the listing photos.