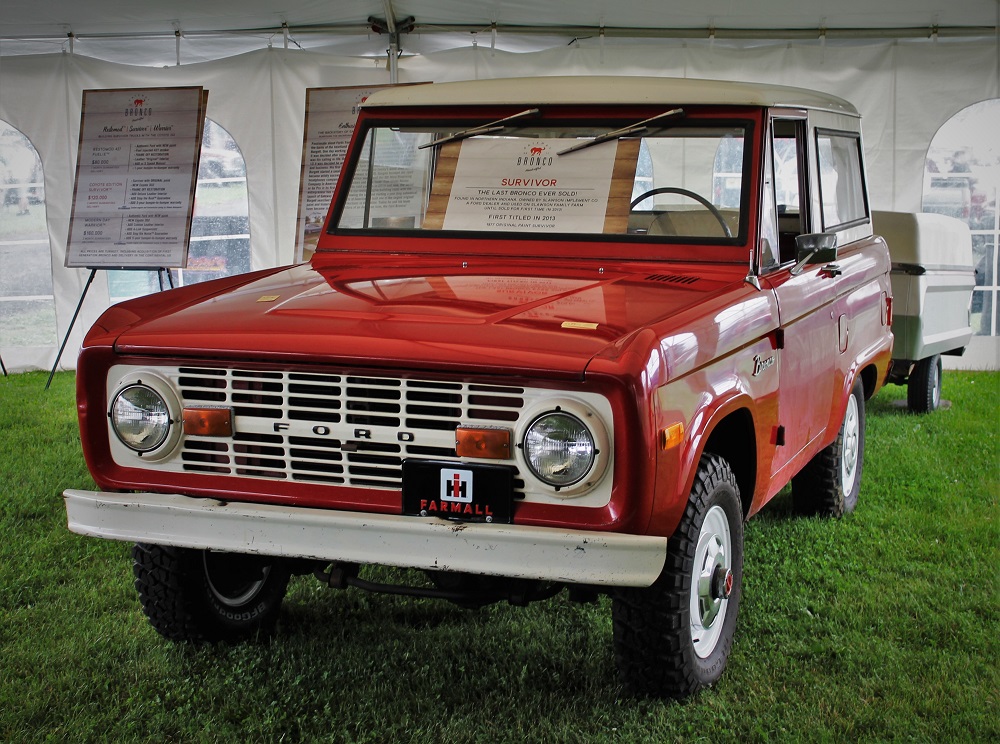 The Carlisle Ford Nationals kicked off a three-day event with media day Friday at the Carlisle Fairgrounds in Pennsylvania. The media day included vehicle walk-arounds, meet and greets, discussions, and the launch of Gateway Bronco.

Gateway Broncos was created by Seth Burgett, a long-time Ford enthusiast who, after selling his company, Yurbuds, in 2014,  focused on his passion for 1960s and ‘70s-era Broncos.

During a press conference and vehicle walk around, Burgett said his  company specializes in “compassionately building barn-find Broncos into modern day warriors.” Burgett sources “original paint” Broncos from all over the united states. From that point, the trucks are sent to a production line, which Burgett says guaranteeing quality as well as a two-month delivery timeline.

The result is what calls a “survivor” Bronco powered by Ford’s new Coyote 302 cid V8 engine.

Currently, Gateway Broncos offers three products: The Restomod 427 Fuelie, Modern Day Warrior, and the Coyote Edition Survivor. The Broncos range in price from $80,000 to $160,000, with bumper-to-bumper warranties up to five years. A portion of each sale benefits charity.

On site, Burgett and his team displayed their Coyote Edition Survivor trucks and barn finds from Burgett’s private collection, including a 1967 Shelby GT350.

Other highlights of the media day included a Ford Performance discussion with John Clor, who leads Ford Performance Enthusiasts Communications, speaking about  Mustang design from prototypes  to the 1964 release and on through the 2015 Mustang. The discussion centered around identifying the key styling cues that distinguished each generation while preserving the car’s visual DNA.

Ford also showcased other vehicles before the day concluded with a gathering of red, white and blue Mustangs to form a huge American flag display.