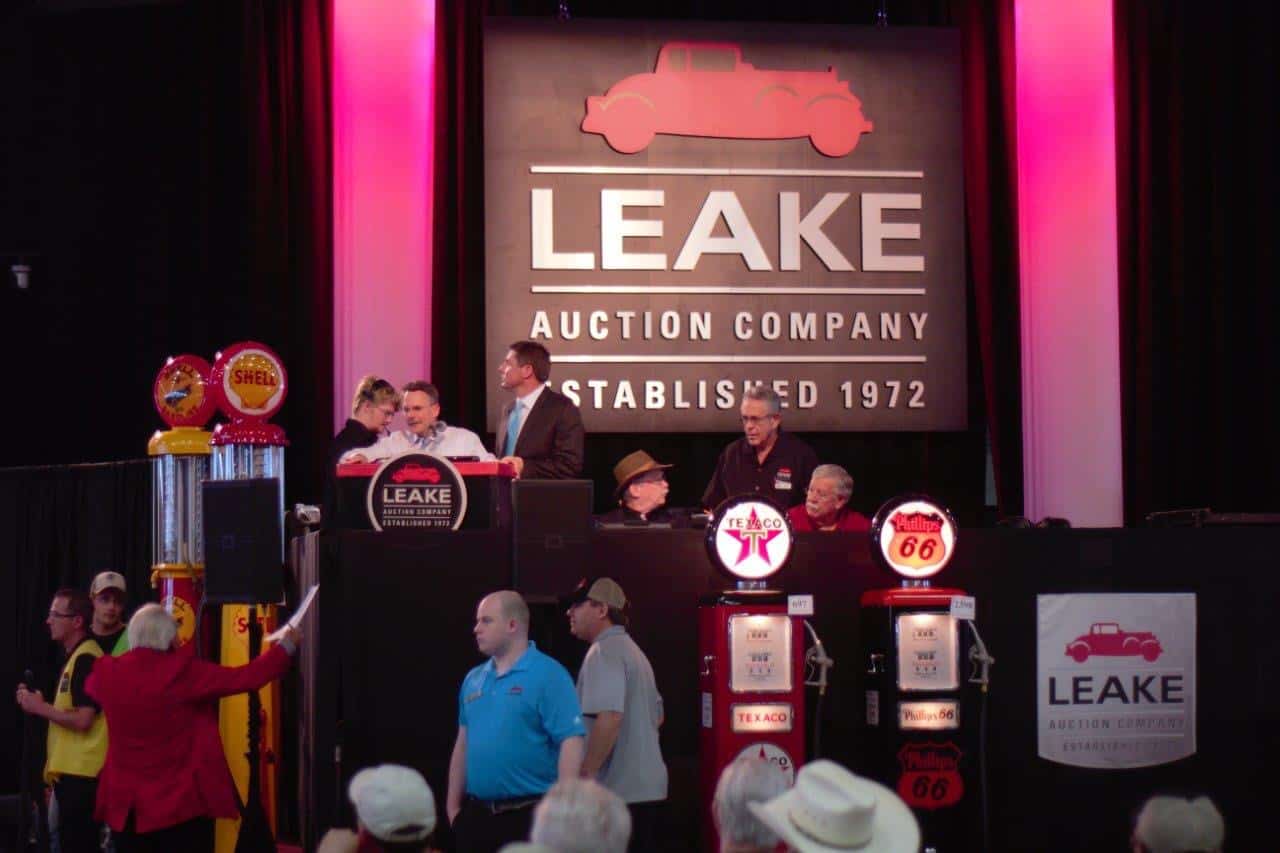 The Leake Auction Company launched its annual Tulsa sale 44 years ago, and while the look and feel of the proceedings might remain familiar to old-timers, the cars crossing the block June 10-12 at the River Spirit Expo at the Tulsa Fairgrounds are undergoing sweeping changes, says Richard Sevenoaks, who succeeded his late father-in-law Jimmy Leake as head of the family-owned company.

“Oaks,” as he’s most commonly known, said auction dockets are looking increasingly like high school parking lots did in the mid-to-late 1970s and 1980s, and even the very early ‘90s.

The reason, he said, is that those former high school students are now in the 40 to 50 age range “and want the cars they had in high school,” Oaks explained, “and the 4x4s were real big back then.”

He noted that Leake’s Tulsa docket includes vehicles such as the Jeep Commando, Ford Bronco and a 1961 Dodge Power Wagon.

The Power Wagon, he said, was a “civil-edition.” When the truck was consigned, Oaks and the seller talked about expectations. The seller’s expectations were double what Sevenoaks thought the vehicle might bring — until he started checking.

“I started doing some research,” he said. That research revealed how popular such vehicles have become and, if anything, the consignor’s expectations might have been a little low based on what some Power Wagons have been bringing at collector car auctions.

Sevenoaks said younger buyers also want muscle cars, but not only the 1970s classics but modern muscle cars such as Shelby and Roush Mustangs.

“We have two Super Snakes,” he said of the souped-up Shelby Mustangs, adding that such cars are what bidders ask about when they call, “not about the ’57 Cadillac Eldorado Biarritz convertible, which I think is spectacular,” he added, perhaps showing his age.

Sevenoaks said the docket also includes Thunderbirds and Corvettes and more Mustangs, as well as several Porsches, including a 1959 356A, a 1979 930 and a Beck replica ’56 Speedster that the owner upgraded with all the options but then rarely drove. The garage-kept car might be a real bargain, Sevenoaks suggested.

Although the cars crossing the block might tend to be newer models, Oaks said the docket also includes an array of parts for older brass- and nickel-era vehicles.

“The guys who collected those cars are 75 to 80 years old now and they aren’t going to restore any more cars, but they have barns full of stuff,” Sevenoaks said. “We’re trying to feel our way into that market, to see if there’s a market at auction for brass-era parts.”

He said the list of things that will be available at the auction include half a dozen Lalique mascots.

He also noted that he brought in a brass-era parts expert to go through the consignments, and the expert brought several boxes of his own spare parts to add to the docket.

In addition to its hometown sale at Tulsa, Leake has been getting ready for its first big venture outside its typical geographic area of Oklahoma and Texas. In early September, it will stage a sale at the Motor City resort casino near downtown Detroit.

The casino approached Leake about doing the sale and the event is building momentum, Oaks said, with sponsors, Midwestern collector car dealerships and some significant consignors in Michigan and nearby states.

“It’s a new territory and we’re trying to work our way in,” he said.

“You can’t just sit still,” he said of the increasing competition among collector car auction houses. “You’re growing or declining.

“You can’t just idle,” he said, putting things into automotive perspective. “You’re either accelerating or you’re being braked.”