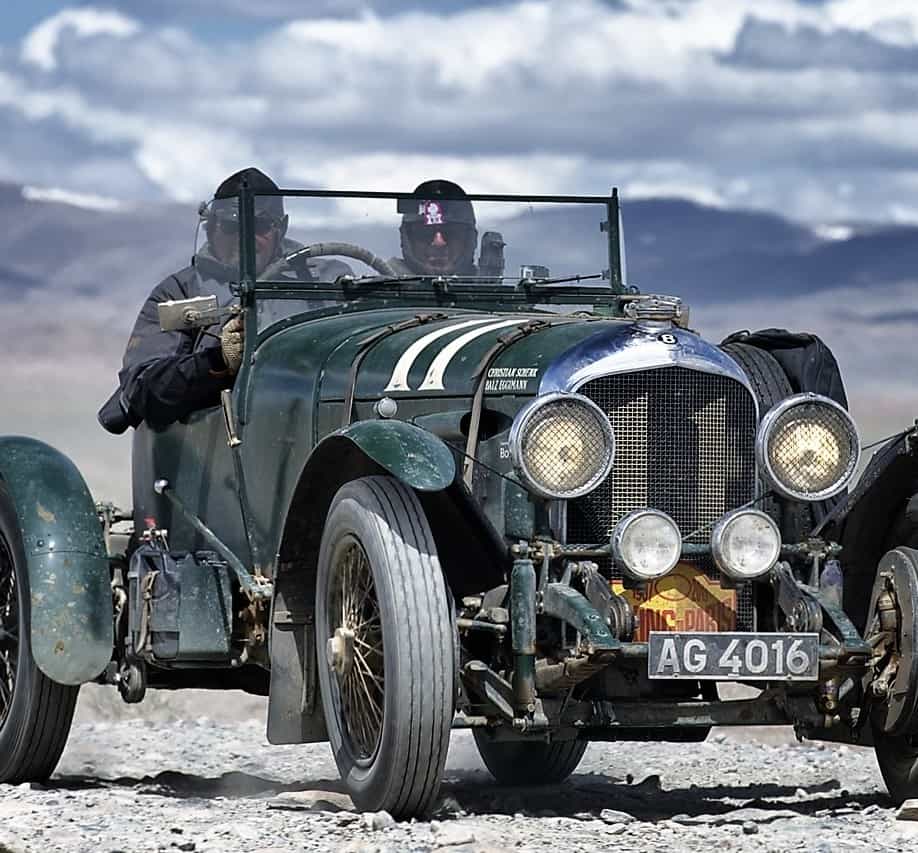 Competitors from around the world will line up for a grueling 8,500-mile, 35-day vintage-car rally starting June 12 as the sixth Peking to Paris Motor Challenge gets under way. The 110 crews will start at the Great Wall in Beijing and cross through 11 nations before reaching the finish line at the Place Vendôme in Paris on July 17.

With more competing teams than ever, the Motor Challenge will follow the Peking to Paris route used in the original 1907 race, crossing through the Gobi Desert and Mongolia, then into Russia. But instead of coursing through Moscow, the rally will head into Belarus and enter Europe through Poland, then cross Slovakia, Hungary, Slovenia, Italy, Switzerland and finally, France.

Much attention is directed at the 2013 Classics winner, Gerry Crown from Australia in his 1974 Leyland P74. Crown, at 84, is the oldest competitor in the rally. Crown has competed in all five of the previous Peking to Paris adventures organized by the Endurance Rally Association.

“The entry list features over 30 different automotive manufacturers and competitors representing 24 different countries,” Fred Gallagher, Endurance Rally Association rally director, said in a news release. “This is a truly global event that challenges both car and crew to the limit.

“Some of our competitors have faced the ‘P2P’ before and are self-confessed adrenaline junkies, whereas the newcomers are a mix of people undertaking this mammoth journey in aid of charities or to cross a dream off their bucket lists.

“We have husbands and wives, fathers and daughters, friends and colleagues taking part, who normally spend their days very differently. Occupations range from student to retired CEO, from Fish Farmer to Rocket Scientist. But none of that will matter once we cross the starting line. It’s all about the next 35 days and getting to Paris.”

Winners of the time-speed-distance competition will be presented with a magnum of champagne and the coveted trophy when they cross the finish line in Paris. There will also be awards for class winners, such special awards as Spirit of the Rally and True Grit, and a trophy in memory of Endurance Racing Association founder Philip Young.

For more information about the Peking to Paris Motor Challenge, visit the event website.