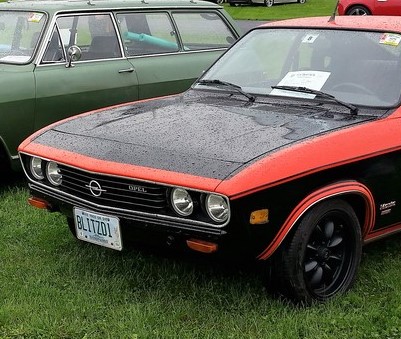 Let’s say that you own or are interested in some type of import car that is, say, a bit less popular than the mainstream collector’s items. Think Renault, TVR, Saab, Opel… And you would like to get together with like-minded owners who share your odd obsession. This can be a bit tough outside of a national meet for that particular car, if there even is one.

Well, the solution could be the Carlisle Import and Performance Nationals. This Pennsylvania show does indeed have a swap meet to go with it, but the real focus is on import cars, and the ones that you don’t see every day. If you have always wanted to see an Opel GT, a Renault Fuego, or perhaps a TVR, then this is the show for you. Basically, it is the show for you if you love orphan import marques, and they’re all in one place.

This year’s show was troubled with rain for most of the weekend, but this did nothing to dissuade owners of those TVRs, Citroens, Renaults, Saabs, Volvos, Opels, Audis, even a smattering of the more-mainstream Triumphs, Porsches and BMWs, from showing up, most of them driving to the event.

To get an idea of the volume of cars on hand, the Saab club routinely has more than 250 cars show up, the Volvo club (which always competes with the Saab guys) had 200-250 cars on site. Even the TVR club has between 25-50 of those rarities driven to this amazing event. I personally saw four Renault Fuegos this year, more that I have seen in once place since they were new on a Renault dealer’s lot.

The Citroen club also had many participants, with more than 30 of these zany and wonderful French cars in attendance.

In addition to the car show, many clubs hold tech sessions and dinners, and some even show movies at night. There is so much to see at Carlisle Import that it will take you three days to take it in.

If you have yet to attend the Carlisle Import show, mark it on your calendar, especially if you have a love for cars that are a bit left of center in the hobby. And if you own one of those cars, be sure to drive it there to show.