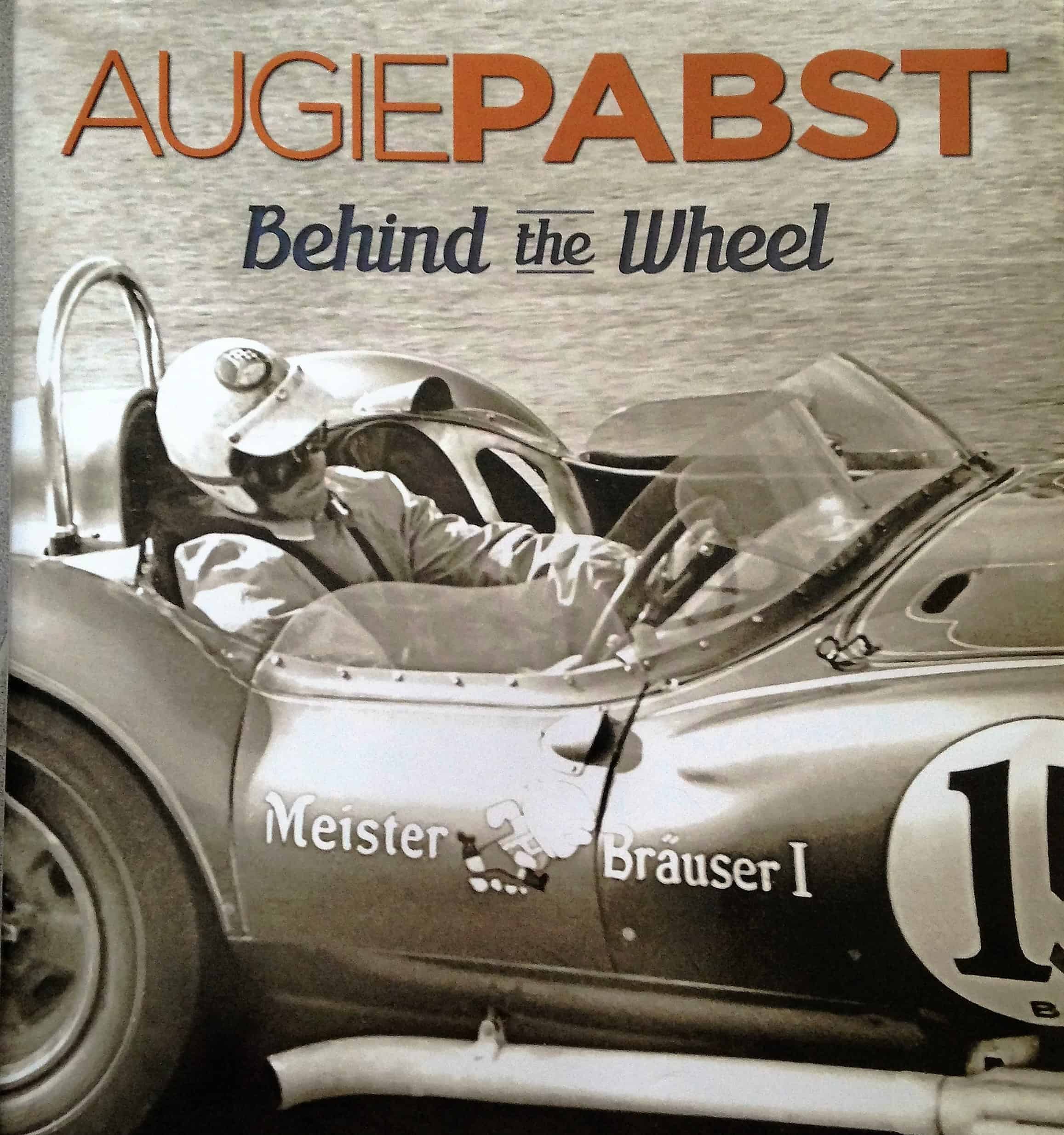 August Uihlein Pabst was born with Hollywood looks and a Blue Ribbon surname. Like many of his generation, he caught the sports car bug early and aspired to go beyond his beer-baron birthright and prove himself on the meritocracy of the racetrack.

A new biography, Augie Pabst: Behind the Wheel ($79, Dalton Watson Fine Books) captures the remarkable career of the 1959 USAC and 1960 SCCA road-racing champion through the eyes of longtime friend and fellow racer Bob Birmingham. The 367-page hardcover is filled with exclusive pictures and newspaper clippings, as well as accounts of fellow drivers from the golden era of road racing.

Pabst’s racing career started in May 1956, driving a Triumph TR3 on the 1.9-mile infield road course of the Milwaukee Mile oval. Although a good choice to learn the basics, the Triumph proved frustratingly slow against the competition. During one early race he was actually lapped by the class-winning Ace Bristol of Chicago veteran racer Ernie Erickson. When the Ace came up for sale at the end of the season, Pabst purchased it, and campaigned it for a season and a half to improved success.

Having experienced his first competitive ride started a progression of piloting some of the world’s greatest race cars. After a turn co-driving Jim Jefford’s 1956 Corvette SR2 at Sebring in 1958, Pabst entered the big leagues with the purchase of a 1956 2.5 liter Ferrari Testarossa. A blown engine forced him to enter his Mercedes Benz 300SL Gullwing in the production class at the 1958 SCCA Regional held at Meadowdale International Raceway.

There he glimpsed the car that would soon define his career: Lance Reventlow’s Scarab – the American sports racer built to take on Europe’s best.

When rule changes for 1958 disqualified the Scarab from European competition, Reventlow put the cars up for sale to focus on Formula 1 racing. The cars were acquired by Harry Heuer, son of the chairman of the Peter Hand Brewery, who asked Pabst to drive a car sponsored by the Chicago beermaker. What followed were two seasons of success with the “Meister Brauser” team.

But success became their undoing, as Pabst Brewing’s board of directors became intolerant of the publicity the Meister Brau beer sponsorship generated, and forced his resignation.

The book goes on to describe subsequent tenures with the Cunningham and Mecom teams at venues like LeMans, Nassau, Watkins Glen, Sebring, Brands Hatch and Road America. Along the way, a picture is painted of the fun-loving and competitive personalities that inhabited the sport, and their lives outside of the racecourse.

One such off-track story involves Pabst, Cunningham team manager Alfred Momo’s Ford Falcon rental car, and a hotel swimming pool in Monterey, California. Fellow driver Harry Heuer politely refers to it as “The Parking Incident,” and it’s left to the book to definitively document the legendary tale of the wager-gone-awry.

Pabst, Birmingham and the Meister Brauser teammates were on hand at Seibken’s Inn in Elkhart Lake, Wisconsin, on May 12 for a book launch party hosted by The Elkhart Lake Historic Race Circuits Preservation Society. Pabst, who downplays his racing accomplishments, was unaware of the book’s creation until the very final stages, lest he derail the project out of modesty.

Birmingham prevailed, and produced a wonderful biography that provides a comprehensive look at the man that he proudly calls both friend and hero.