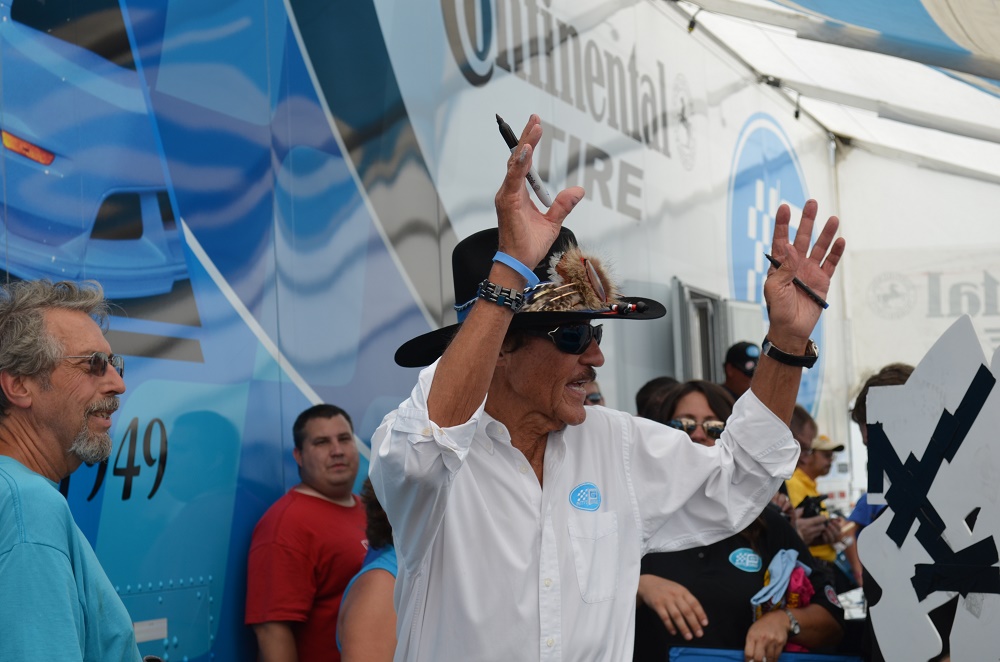 Widely accepted as the “king” of NASCAR, Richard Petty is scheduled to attend the 2016 Chrysler Nationals in Carlisle, Pennsylvania, where he will allot time for photos, signing autographs and meeting with fans on July 16.

Petty amassed 200 victories as well as seven series championships while competing on the NASCAR circuit. He also has appeared in movies such as Speedway, Days of Thunder, Stroker Ace and, more recently, as the voice of “The King” in Disney Pixar’s Cars.

Because of a NASCAR race in New Hampshire the following day, Petty’s time at Carlisle will be limited, however, Carlisle Events and Petty’s representatives will work to make him accessible to as many people as possible at the Chrysler showcase.

Petty’s Garage sponsors the burnout contest during the Chrysler Nationals; the winner of which will receive an autographed replica cowboy hat.