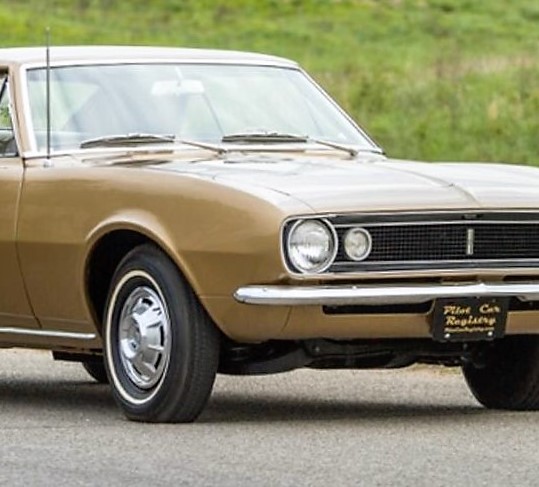 After many months of secrecy, the first Chevrolet Camaro emerged from the General Motors Assembly Plant, located in Norwood, Ohio, on May 21, 1966. This was the pilot car, the Number 1 prototype Camaro of 49 that were built in preparation for mass production of a new kind of sports Chevy.

Camaro would be officially launched in Detroit in August 1966 and a month later, Chevy’s sporty compacts rolled into dealer showrooms to begin their important mission: to chase the runaway success of Ford Mustang, which was more than two years and well over a million cars ahead.

To celebrate the 50th anniversary of Camaro, the Historic Vehicle Association is documenting this first car, which wears VIN 100001, to enter the National Historic Vehicle Register, making it the next iconic vehicle with American historic significance so honored with permanent inclusion in the Library of Congress.

In August, the HVA will display the historic Camaro during the annual Woodward Dream Cruise in Detroit to mark the 50th anniversary of its launch. The Camaro will be shown enclosed in the HVA’s glass box, which recently featured President Reagan’s Willys Jeep on the National Mall in Washington, D.C., as it was made part of the National Vehicle Register.

The first Camaro, a plain-Jane economy model with a six-cylinder engine and painted the then-ubiquitous color of Grenada Gold, was restored to original by owner Corey Larson of Kansas City.

After its launch, Camaro No 1 served as display car for Chevrolet, which reputedly had built it as an economy car to showcase its affordability. Several subsequent owners who appreciated its historic value kept it original, but it gradually was downgraded to used-car status, including its alteration by one owner for use as a drag racer. But he at least kept the stock parts that came off the car, which would become crucial for its eventual restoration.

The Camaro went into storage for many years until it was unearthed in 2009 by current owner Larson, who undertook the lengthy restoration process that included preserving the original interior and other major parts. The restored pilot car was completed in May 2014.

Last year, the first Camaro was reunited with the plant manager of the Norwood facility, Herb Leitz of Scottsdale, Arizona, who oversaw production of the pilot-car Camaros. The reunion, which was also the first public showing of the restored Camaro, happened at Barrett-Jackson’s downtown Scottsdale showroom.

The Camaro then appeared at the unveiling of the all-new 2016 Camaro in Detroit, and was featured at the GM Nationals in Carlisle, Pennsylvania.

The other vehicles listed in the National Vehicle Register are:

The National Historic Vehicle Register launched in 2014. It is similar to the National Register of Historic Places and is led by the HVA in conjunction with the Library of Congress and the Department of the Interior’s National Park Service.