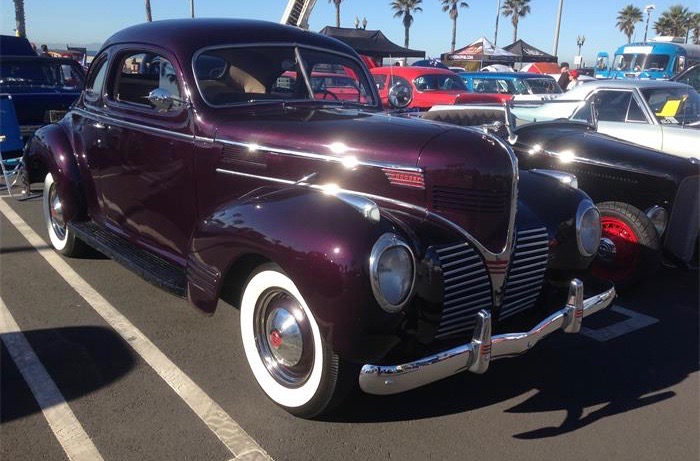 The advertisement for this car on ClassicCars.com didn’t share as much information about the 1939 Dodge D11 Deluxe as we’d like to see — one, brief, four-sentence paragraph and only nine photos. Nonetheless, what the ad does include certainly caught my eye, and my tendency toward nostalgia.

According to the seller in Huntington Beach, California, this Dodge was among the first of its brand to be equipped with a column-mounted shifter and the headlights enclosed within the front fenders.

It does look very good, and may well run just as well, but neither of those are what made this the Pick of the Day.

Turns out, according to the last sentence in the brief paragraph, that this particular 1939 Dodge D11 originally served as a sheriff’s vehicle in Wyoming and later was owned by Kit Cody, “a distance relative of Buffalo Bill Cody.”

I’m not sure if that refers to Kit Cody, a paratrooper-turned-businessman in Cody, Wyoming, who was among three who died three years ago when the plane he was flying from the Bahamas crashed in Florida. Cody was born in 1945 so it is possible that he could have owned the car.

Buffalo Bill also was one of the founders of Cody, Wyoming, and one of the people behind damming the Shoshone River for power and irrigation. I remember as a kid on family vacation visiting Cody and getting caught up in construction traffic when work was taking place on dam renovation.

But back to the Dodge. The asking price is $24,000 for a “partially restored” car with black cherry metallic paint, tan velour interior, a 218 cid flat-six engine and manual gearbox.