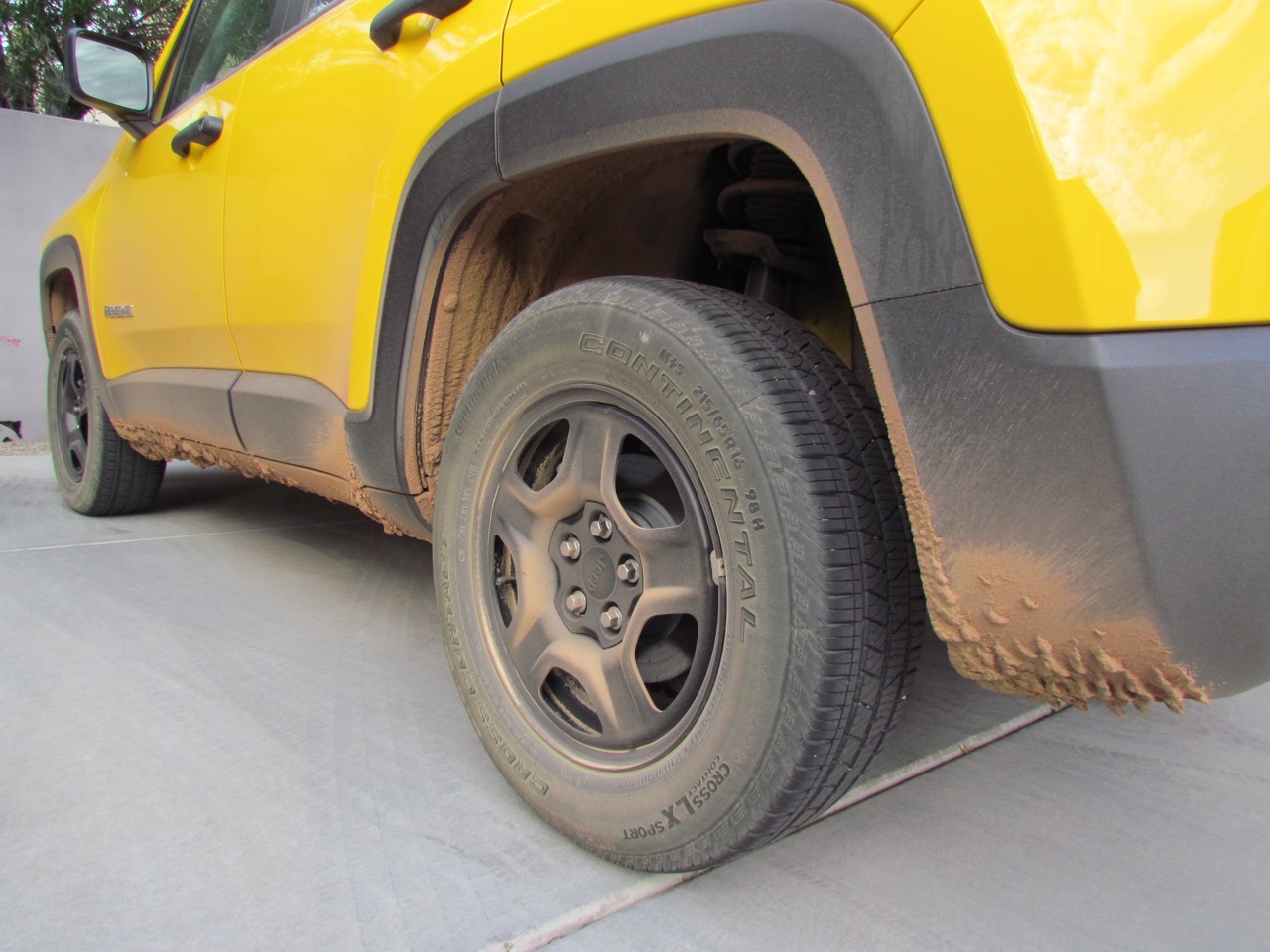 A year ago, I was somewhat critical in a report about my week behind the wheel of a 2015 Jeep Renegade Sport.

I noted that Fiat was more honest than Jeep about this newest offspring of their marriage, admitting the 500X/Renegade was a crossover rather than a true SUV, and that while many Jeeps wear well-earned “Trail Rated” badges, this Renegade, with front- rather than four-wheel drive, only deserved a “Pavement Rated” insignia.

I had a few other uncomplimentary comments as well. 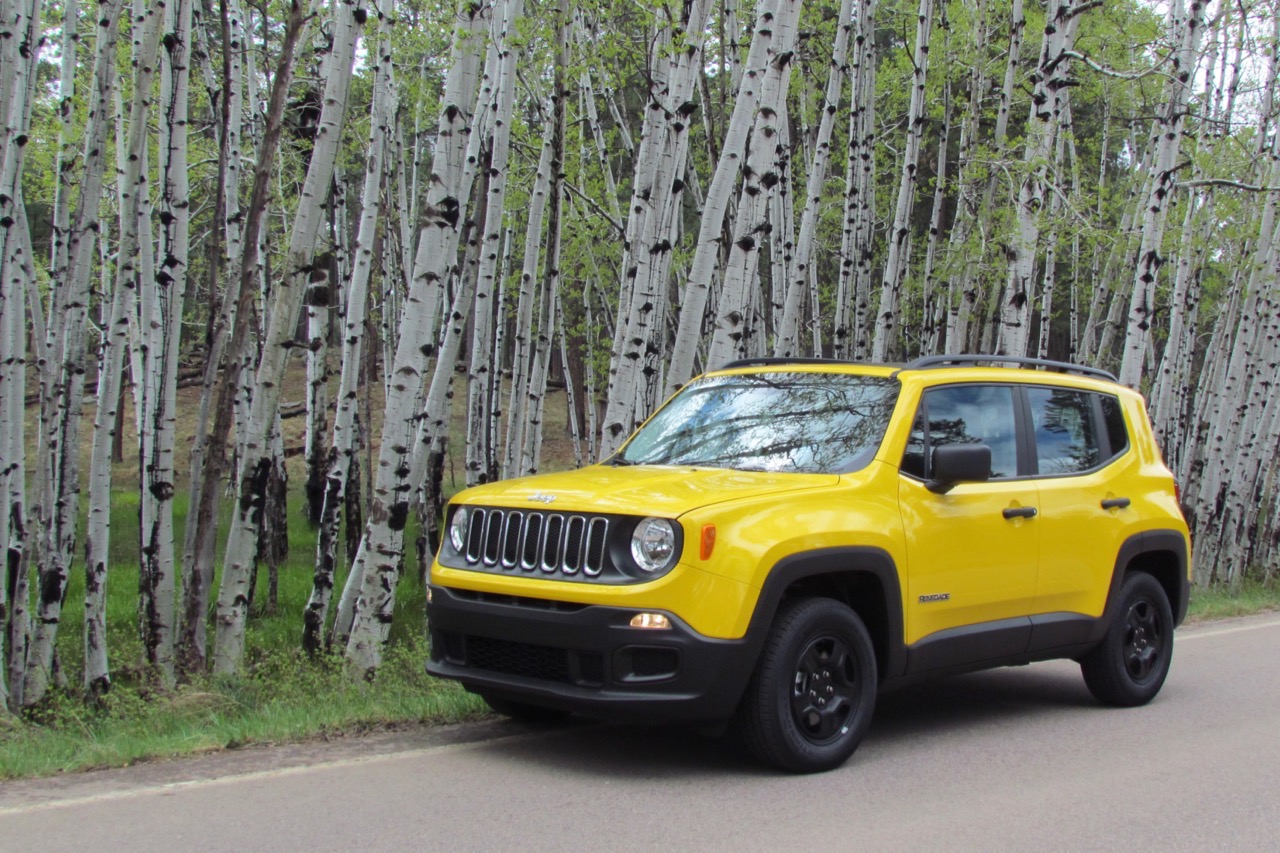 Fast forward about a year and I’m again driving a Jeep Renegade Sport, except this one is a 2016 model and a 4×4, and while it wears no Trail Rated badging, it was more than capable for some far-from-pavement play in the Sierra Ancha, a wide (ancha is Spanish for wide) range of 6,500-foot mountain peaks and deep canyons only 65 miles northeast of downtown Phoenix.

The area has at least two claims to fame: the Pleasant Valley War, in which as many as 50 members of two families and their friends perished in the decade-long fighting, making it the deadliest such feud in American history, and that Edward Abbey spent time as a ranger in the lookout atop Aztec Peak, at nearly 8,000 feet the tallest in the range.

There is very little pavement within the Sierra Anchas, but to get there from Phoenix you take urban freeways to rural highways that climb and twist and climb some more. One of those routes, the northern route, is the Beeline Highway that runs from Phoenix out past Fountain Hills and on up to Payson. The climb is steep and I wondered how the Renegade’s 1.4-liter turbo-four engine would make the grade.

I can report that it did great. Fortunately, the Renegade Sport 4×4 was equipped with a six-speed manual gearbox, so it was quick work to downshift to maintain momentum while climbing, so much momentum that I often found myself passing bigger vehicles with their larger V8 engines, all the while averaging better than 28 mpg during the climb.

The drive up from Phoenix not only is scenic but do it in the early morning and you can stop in Payson at the Pinion cafe for breakfast.

From Payson you turn east just below the Mogollon Rim for a few miles before turning south on Forest Road 512, the Young Highway, a misnomer since the pavement ends quickly, leaving you on graded dirt and gravel until just outside of the small, high-valley community, where we stopped (as usual) at The Antlers restaurant, this time for a couple of the most amazing desserts ever plated.

From Young, you continue south, though now on Arizona 288, the Desert to Tall Pines Highway, though again, that’s not “highway” as in high-speed pavement. But it is the highway as a dirt and gravel path winding along mountainsides and sometimes even along the top of the ridges, providing views both left and right that provide a high better than any drug-induced euphoria.

The road runs that way for miles, but as it approaches the desert floor it becomes paved and provides a vista that has Four Peaks as backdrop to the Lake Roosevelt reservoir.

Sport is the entry level Renegade, which means a $19,995 base price with the manual gearbox and 4×4 drivetrain. There also are Latitude, Limited and trail-rated Trailhawk versions of the vehicle. Automakers most often fill their media test fleets with only top-end vehicles, so it was a treat to see what’s available in the basic package.

But no frills doesn’t mean totally stripped down. Standard equipment includes a 1.4-liter turbocharged four-cylinder that makes up for 160 horsepower with 184 pound-feet of torque, with max torque available all the way from 2,500 rpm to 4 grand.

There are front, side and curtain airbags; four-wheel anti-lock disc brakes; electronic stability control; hill-start assist; 4×4 with Selec-Terrain system so you can set the grip to match the environment (or just leave the system to select for you); a four-speaker audio system; tilt and telescoping steering column; folding rear seat; height-adjustable rear cargo floor; power front windows; and 16-inch wheels.

Our Renegade was equipped with a $695 Customer Preferred option package that includes upgraded six-speaker audio with FCA UConnect; five-inch display screen and rear-view camera; a $1,495 Power and Air option group with air conditioning, cruise control and power and heated mirror; black-side roof rails ($a 195 option); and My Sky, a $1,095 option that includes two solid but removable roof panels with a storage bag for them in the cargo hold.

Add in delivery charges and the as-tested price comes to $24,470.

With the exception of one trail, I left the Selec-Terrain in its automatic mode. However, there was a rather challenging area on a side trail in which I switched to the 4×4 Lock mode and fretted a little whether the engine’s power and the Renegade’s breakover clearance would be sufficient. While the angles of approach, breakover and departure are not as generous as in the Trailhawk version, we made it just fine, even with Continental Cross Contact tires rather than rubber with a more aggressive tread for off-pavement travel.

I was impressed with how not just stylish — with “Jeep” woven into the cloth fabric – but how comfortable and supportive the standard seats were, even when we were being bounced around on that short but challenging trail.

I’m also glad the Renegade came with the smaller of the two available engines. The 2.4-liter Tigershark four provides more horsepower but less torque and is available only with a 9-speed automatic.

Oh, and I do have one nit to pick — the doors lock automatically as you drive, but it was a pain in the neck when I’d stop to take a photo, get out of the car, grab the handle to the back door and discover that remained locked rather than unlocking with the driver’s door. 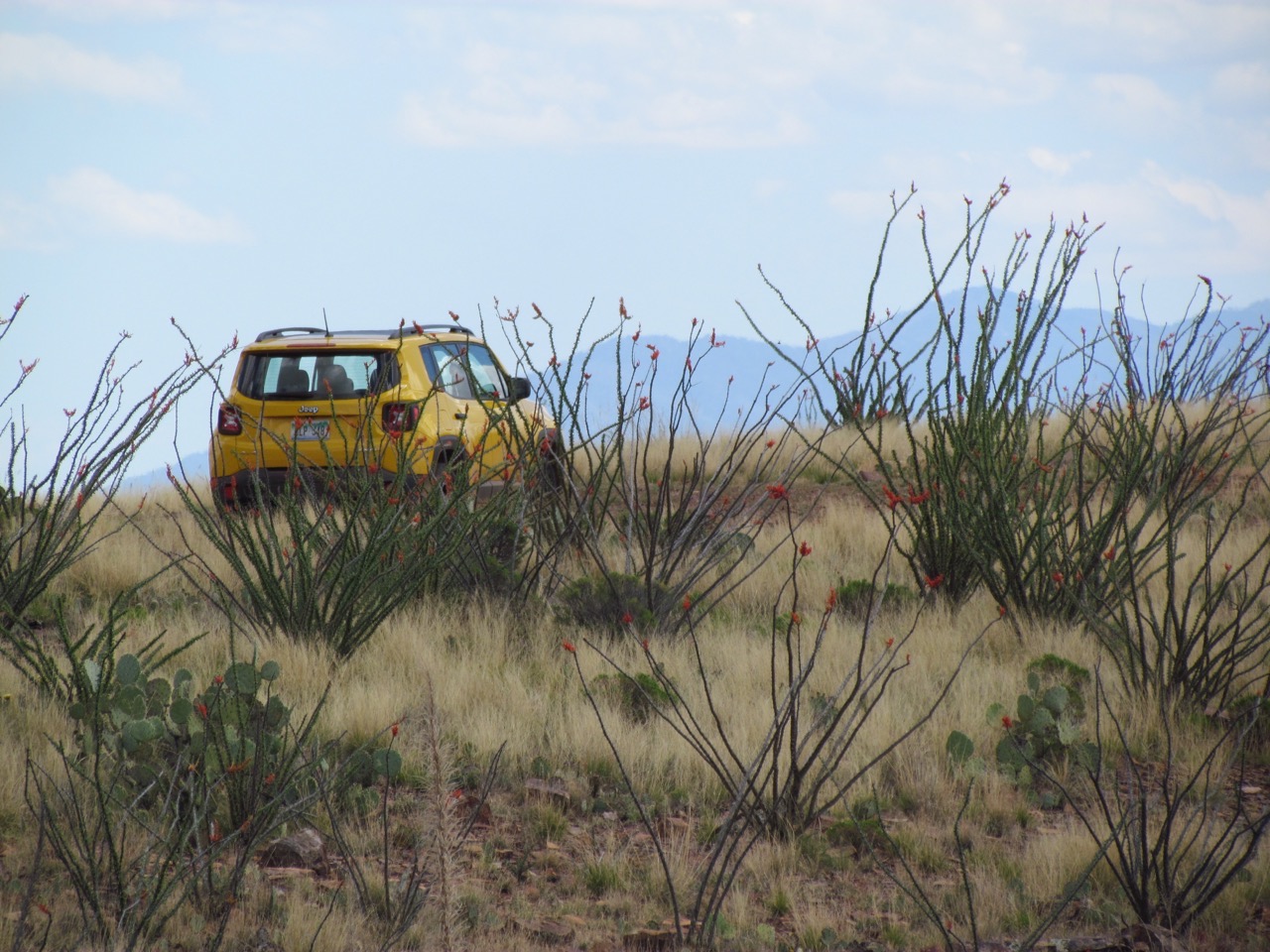 I know, a small bother in the greater scheme of things, and especially with the capability on and off road of this nimble, torquey 4×4.