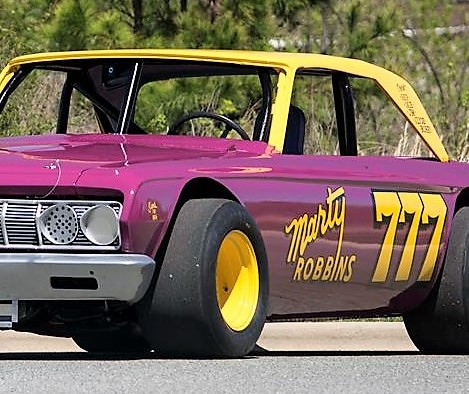 The Indianapolis Brickyard Auction at the Indianapolis Motor Speedway’s Pagoda Palace will feature a selection of 57 collector cars, including such finds as a 1953 Porsche 356 Pre-A coupe, a 2000 Ferrari 595 Maranello showing just 3,000 miles, and the earliest car in the auction, a 1924 Isotta Fraschini Tipo 8.

Unser’s offering is a unique custom Pro Street Motorcycle built as a tribute to the Johnny Lightning Special race car that he drove to victory in the 1971 Indy 500. The chopper was constructed in 2009 by Racing Innovations of Oklahoma City, incorporating actual parts from Indy and Sprint cars, including 18×8-inch magnesium wheels from a 1963 Novi.

The bike, which is painted in the colors and motif of Unser’s 1971 Indy racer, will be auctioned to benefit the Unser Discovery Campus, Inc., an educational non-profit that includes a nationally top-100-ranked charter school, a school for autistic children, the Challenger Learning Center of New Mexico, a driver’s education program and the Unser Racing Museum.   Unser serves as president of the board of directors for the non-profit organization.

Evernham will present a piece of motorsports and country-music history for auction, a 1964 Plymouth NASCAR Modified Sportsman that was raced by country-music superstar Marty Robbins, whose competition career spanned 1966 through 1982. The car, which Robbins raced at the Nashville Fairgrounds Speedway, was restored by Ray Evernham Enterprises.

Proceeds from the sale of Robbins’ race car will support the Evernham Family’s Racing for a Reason Foundation, with proceeds going to The Autism Society of North Carolina’s “IGNITE” program, a community center for young adults with high-functioning autism or Asperger’s Syndrome.

Evernham also is bringing three other vintage race cars to the Motorstalgia auction for non-charity sale.

For information about Motostalgia’s Brickyard sale, visit the auction website.