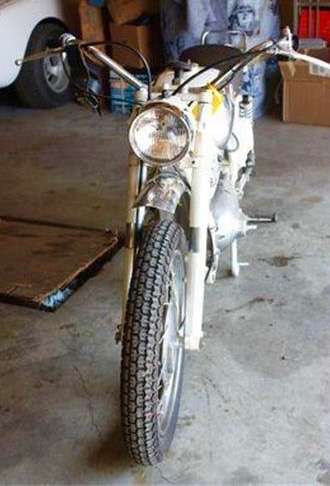 Before Costco and Walmart, Sears Roebuck & Co. and Montgomery Ward were America’s big-box stores, selling everything from dress shirts to diamonds and from tools to, well, cars and even motorcycles.

The Pick of the Day is a 1968 Montgomery Ward Riverside motorcycle. According to the video linked to the advertisement on ClassicCars.com, the bike has been ridden just 27 miles since new.

While labeled with Montgomery Ward’s Riverside brand, the motorcycle was built by Benelli, an Italian company that launched its business in 1911. The company was started at Benelli Garage by Teresa Benelli after she was widowed. Her goal was to keep her six sons employed after they finished their schooling.

Bicycle and motorcycle repair led to production. The company became well known as the youngest son, Torino, won a series of racing championships on Benelli motorcycles.

The Riverside cycles were powered by a 250cc single-cylinder engine with overhead valves.

The Riverside is being offered by a classic vehicle dealership in Effingham, Illinois, with an asking price of $4,995.