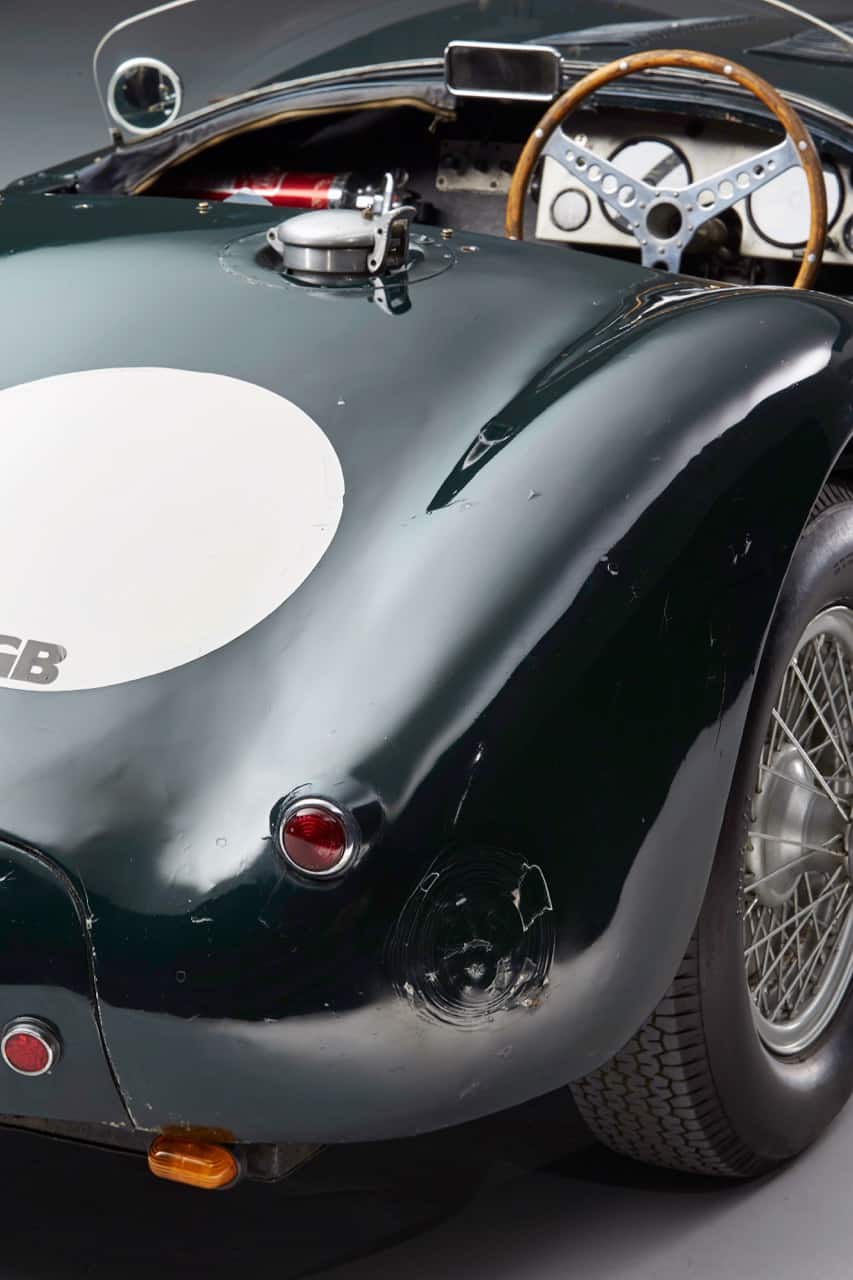 With an unrestored LeMans Jaguar C-type selling for $8,221,626 and the Benetton-Ford B191 that carried Michael Schumacher to his first Formula 1 podium finish going for four times its pre-auction estimate, Bonhams’ Monaco Sale generated $17.3 million in sales on 23 of 39 vehicle lots.

The 1953 Jaguar XK120C sports racer was thought to have been a vehicle produced from two different cars but, as James Knight, international group director of Bonhams Motoring department, said in a news release:

“Following months of painstaking research, working with the best historians and notable marque specialists, Bonhams unraveled an intriguing mystery involving the unrestored Jaguar C-type offered, correcting more than 60 years of accepted Jaguar history. Today after 53 years in private ownership, it has sold… It is wonderful to see our team’s groundbreaking work help achieve such a result.”

The accepted story was that the car was the works team racer which substituted at the last moment as a Belgian Ecurie Francorchamps entry in the 1954 Le Mans 24-Hour race and was produced by combining that chassis with the bodywork from a car which finished at Le Mans the previous year.

“The Jaguar was not at all a combination of the chassis from one car, the body from another,” Knight said. “On further inspection, we established that the it really is the 1953 Belgian-entered Le Mans car in toto, chassis number ‘XKC 047’ — still bearing its original, complete ‘K 1047’ body -– but with its chassis number merely re-stamped ‘XKC 011’ by the factory before sale in January 1955.”

The 1991-1992 Benetton-Ford B191/191B Formula 1 racer was driven by Schumacher, Martin Brundle and three-time champion Nelson Piquet over the course of several seasons. In this tight-money era in which auction reserves often remain high, the car sold for four times its pre-sale estimate.

Another highlight of the auction was the sale of the ex-Kidston Bugatti (Chassis 4450).

RM Sotheby’s and Coys have their Monaco auctions scheduled for today as part of the historic grand prix racing weekend in Monte Carlo.