The rare, the old and the odd at Lucky Auctions’ Spring Classic 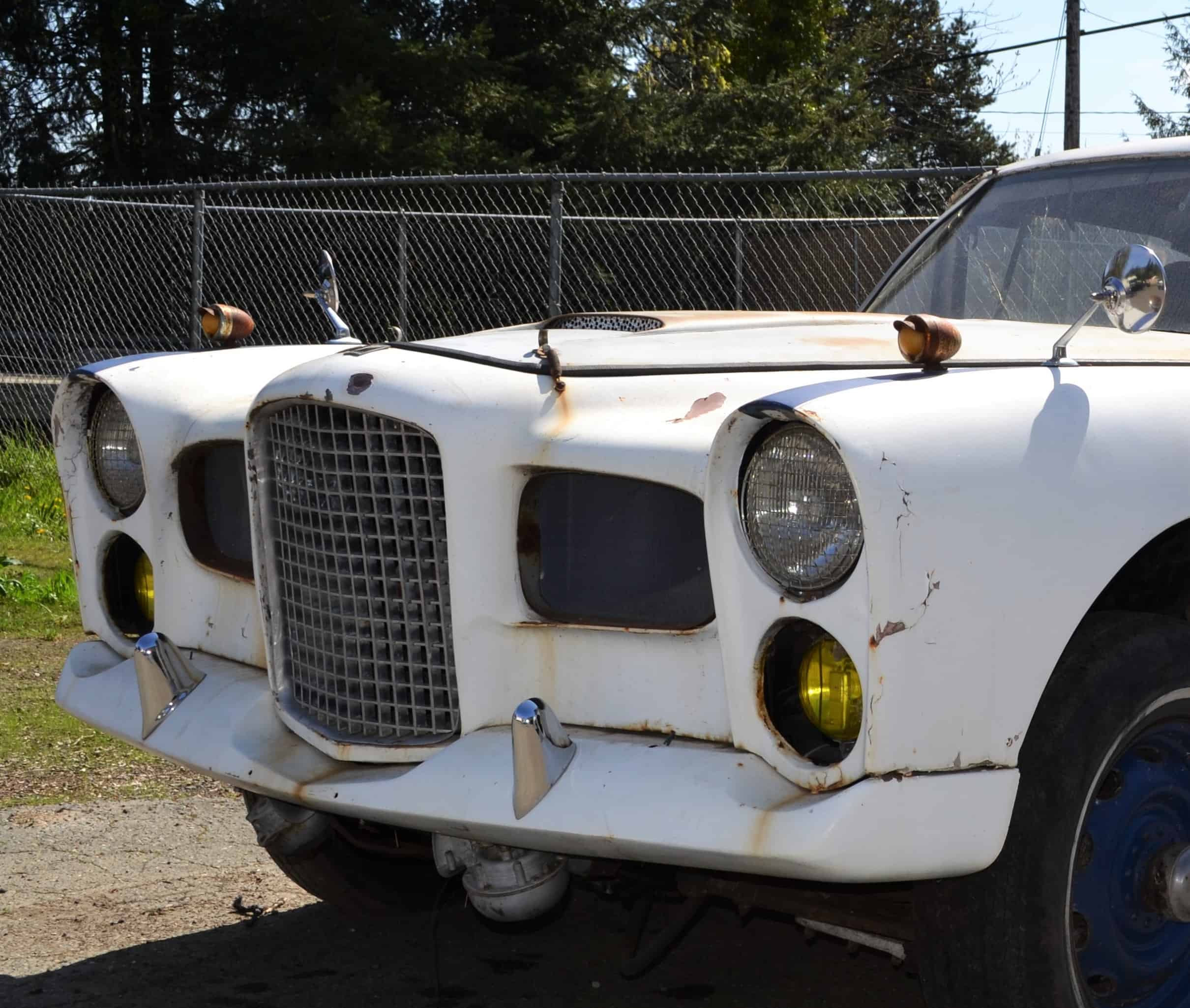 Deriving treasure from trash was the business model of refuse-collection magnate Harold E. LeMay, whose enormous personal collection of cars and collectibles once held a Guinness Book of World Records title for the world’s largest.

“Lucky” LeMay’s automotive interests were broad and eclectic, which are reflected in the consignments at Lucky Auctions, a Tacoma-based classic car auction company founded by his son, Doug LeMay, and auto dealer Evan McMullen.

Lucky Auctions kicks off its 2016 schedule with the annual “Spring Classic” collector car auction held at the LeMay Foundation’s Marymount Event Center in Tacoma, Washington, on May 14-15.

Given Lucky Auction’s location in the Pacific Northwest, an unusual number of European-only market cars are featured in this catalog, presumably sourced from bordering Canada. This represents a unique opportunity to purchase models seldom seen in the U.S.

Among the rare and unusual lots is a “barn-find” 1960 Facel Vega HK500 coupe coming to auction after decades in storage. Originally delivered to Germany, this French/American hybrid retains its original Chrysler 383 motor and automatic transmission, and is said to run well. Chassis number 0695 has suffered damage at the hands of vandals, according to Lucky, and it is presented as a stalled restoration project.

Another unusual car from France is a 1972 Citroen DS21 estate wagon. The car has been repainted and its hydropneumatic suspension rebuilt, according to the auction house. A 1987 Citroen CX2500 Prestige, regarded as the last “true” Citroen before Peugeot’s takeover, has a clean California title and was a daily driver in Los Angeles until recently.

A rare collaboration between Lancia and Ferrari resulted in the 1991 Lancia Thema 8.32, one of which is offered by Lucky. The European- market sports sedan features a front-engine 3.O-liter, 32-valve V8 derived from the Ferrari 308. It was the first production car to feature an electronically adjusted rear spoiler. These cars were never officially imported to the U.S., and this is one of the few that exist in the country today.

A 1960 Ford Zodiac sedan, built by Ford of England and sold new to Canada, is described as a solid and presentable driver in its original two-tone color scheme. Powered by a 156 cid inline-6 engine and automatic transmission, the Mark II Zodiac was offered as an upscale version of the Zephyr model that was popular in Australia, New Zealand and Great Britain. It is unusual to see this model in left-hand-drive configuration.

A radically customized, 2007 Ducati motorcycle rounds out the eclectic auction catalog. Featured on Velocity Channel’s “Naked Speed” television show, this cycle has been proven at the Bonneville Salt Flats at 170 mph. Over 1,300 hours of fabrication went into its construction.

The 999cc motor utilizes an Aerodyne turbo and custom intercooler, and top speed is believed to be in excess of 200 mph. The bike is sold with a disclaimer against any future injuries sustained from its use.

For information about the Lucky sale, visit the auction website.