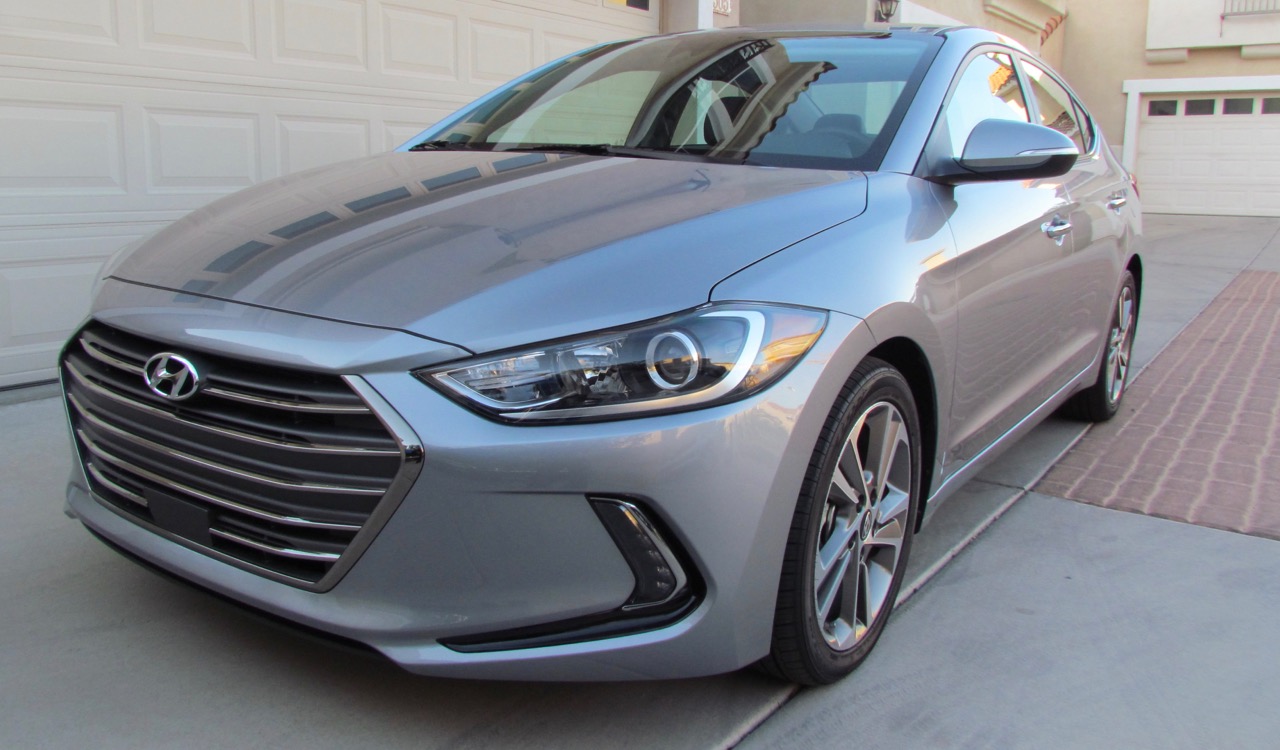 As you might expect, there is a chart in the materials Hyundai prepared for the news media regarding its 2017 Elantra model that compares the car to its likely competitors — the Ford Focus, Mazda3, Honda Civic and Toyota Corolla.

But right below that chart is another that compares the redesigned 2017 Hyundai Elantra to the Cadillac CTS (and you read that correctly, CTS, not ATS), Audi A4, BMW 3 Series and Acura ILX.

Among the “class-above” features are a hands-free “Smart Trunk,” Clari-Fi music restoration technology, and enough interior room to be classified as a midsize car, not a compact, by the Environmental Protection Agency.

That’s all pretty impressive for a compact sedan with a base price of $17,150, which is $100 less than the previous-generation model.

As is typical with press test-fleet vehicles, the 2017 Hyundai Elantra I’ve been driving for a week is the upscale Limited version, which starts at $22,350 and was priced at $27,710 as tested because it carried an optional Tech Package, which includes navigation, Infinity premium audio, Clari-Fi music restoration technology, power sunroof, heated front and rear seats and auto-dimming rearview mirror; an optional Ultimate Package with HD headlamps, automatic emergency braking, smart cruise, lane-keep control and memory seats and mirrors; as well as $125 in carpeted floor mats.

The new Elantra not only is stylish, it has 53 percent high-strength steel compared with 21 percent in the previous version. With the increased use of aerospace structural adhesives, the body is stiffer by 29.5 percent in torsional rigidity and by 25.3 percent in resistance to bending. Add in an array of airbags and the car not only should be safer, but quieter and more dynamic since a stiffer body allows steering, suspension and braking systems to operate more efficiently.

Oh, also noteworthy is the use of soy foam within the seats. 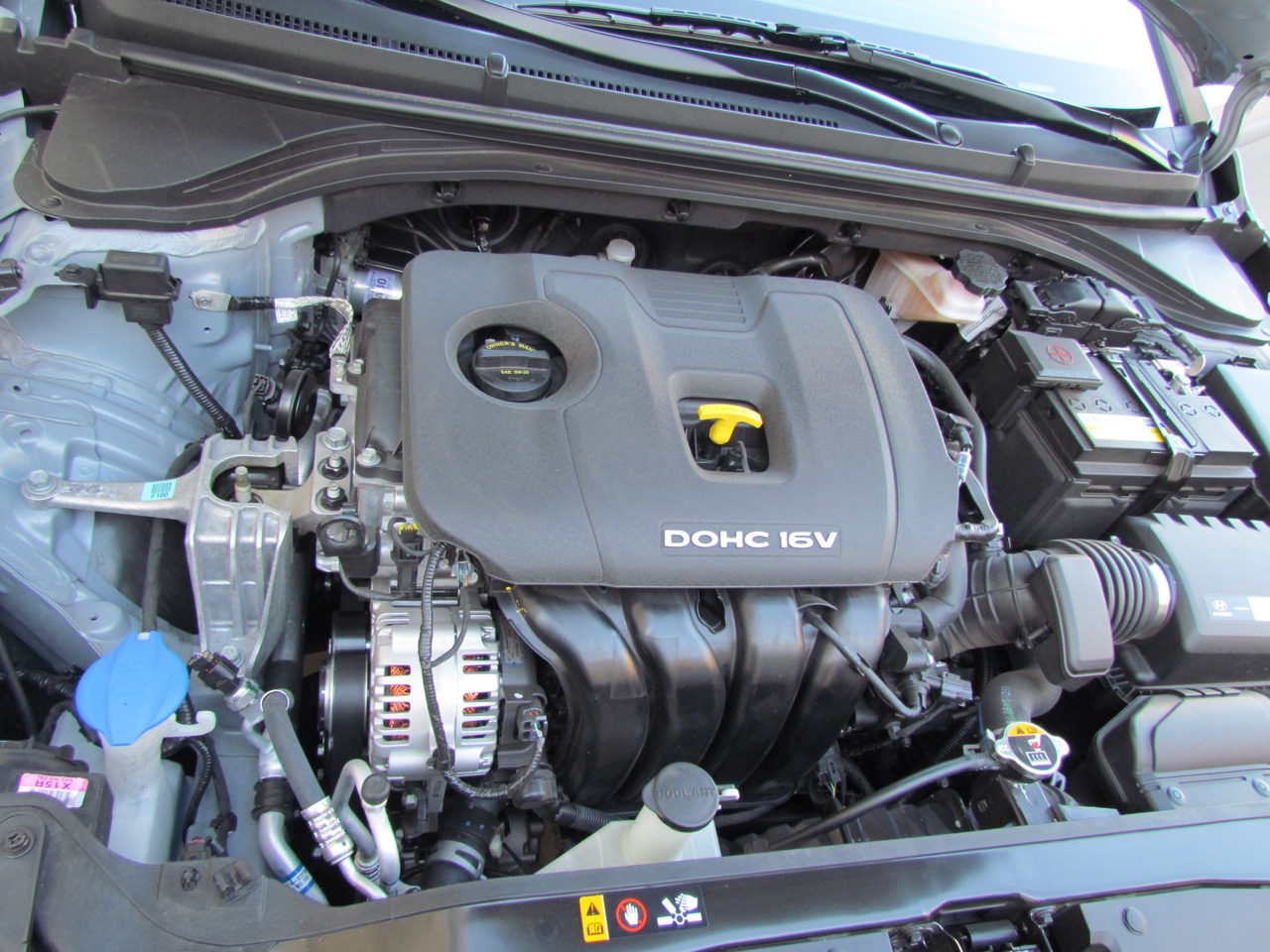 That’s all great, but what we found most useful on the car was the rhombus-shaped switch just to the driver’s side of the shift lever. “Drive Mode” is what it says on the switch. Press it once and you’re in Eco mode, but press it a second time and you get “Sport” mode, which is what you not only want but need if you’re interested in any sort of enthusiastic driving in a car with a 2.0-liter four-cylinder engine that provides only 147 horsepower and 132 pound-feet of torque.

Also available as of spring 2016 is a 1.4-liter turbocharged four-cylinder with 128 hp but 156 pound-feet of torque, with that torque peaking all the way from 1,400 to 3,700 rpm. The turbo is linked to a seven-speed dual-clutch transmission.

At least in Sport mode, the engine revs more freely and shifts come more quickly, and coming off the line at least approaches exciting. You could accomplish the same sensation, no doubt, if you get your 2017 Elantra with a six-speed manual instead of the six-speed automatic.

The drawback we experienced is that when you shut off the engine, the system reverts to the normal mode, so every time you restart the engine, you have to remember to double pump that Drive Mode button or risk embarrassment in the Stoplight Grand Prix.