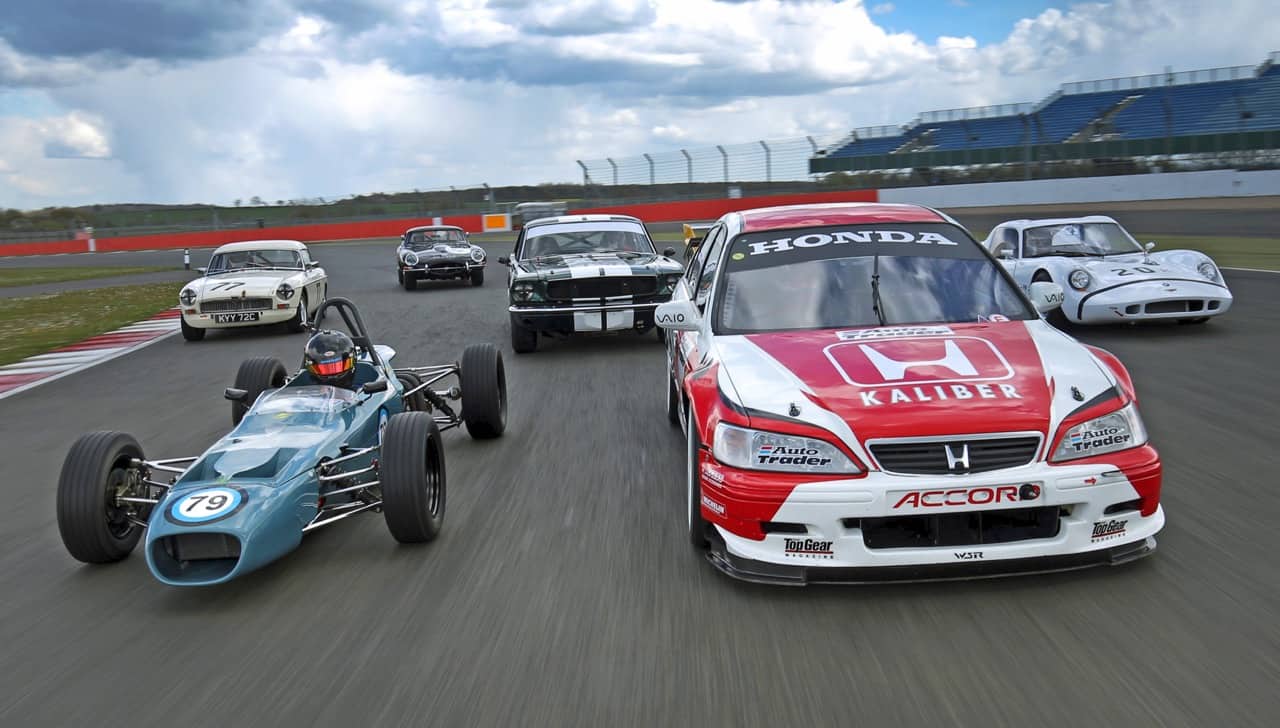 Britain’s Historic Sports Car Club celebrates its 50th anniversary with a 50-car parade July 31, the final day of the Silverstone Classic vintage racing weekend. To demonstrate the breadth of the club’s offerings, plans call for at least three cars in the parade to represent each of the HSCC’s 16 championships and series.

Thus the parade will include single-seater formula cars, sports and GTs, touring cars and even entry-level vehicles from the historic and ’70s road sports and classic clubman groups.

“It seemed appropriate to mark 50 years of the HSCC with 50 cars in a parade at the world’s biggest classic and historic racing festival,” the club’s chief executive, Grahame White, said in a news release.

“This is a very special golden anniversary year for the HSCC and we are truly delighted that the club has chosen the Classic for this very special parade,” added Nick Wigley, chief executive of Goose Live Events, organizer of the Silverstone Classic.

“Due to the extraordinary scale of the meeting, it’s a function which means working from both pits complexes and one which, despite the complexities, the HSCC always performs with huge professionalism and proficiency.

“This wonderful 50-car parade not only celebrates the club’s 50th anniversary but also the major role the club plays today right at the heart of British motor sport.”