Talbot-Lago, Stutz earn Best of Show at Keels and Wheels 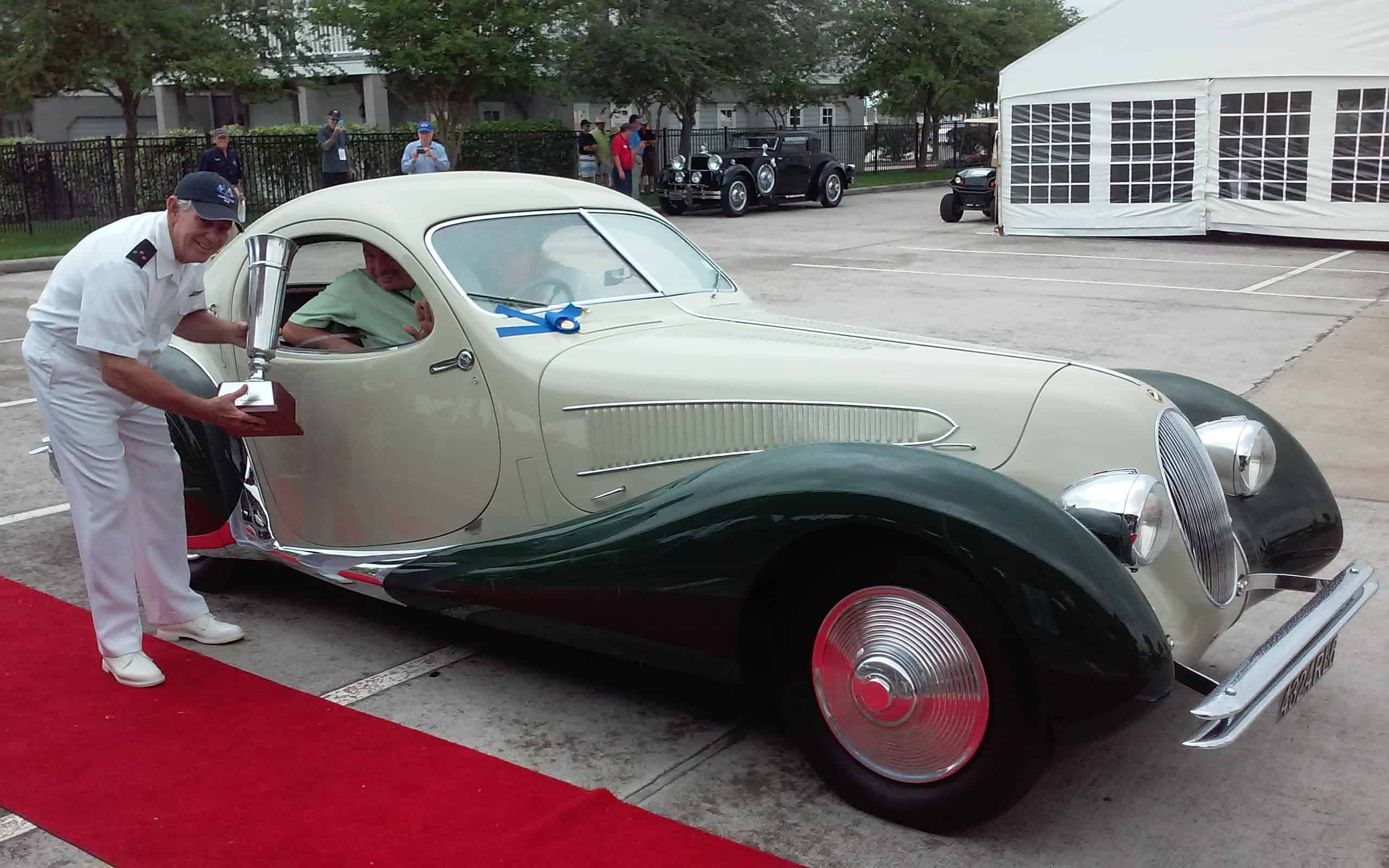 Other significant award winners included the People’s Choice trophy to a 1934 Rolls-Royce Phantom II Continental two-seater convertible. Earning the Margaret Dunning Award was a 1930 Packard 733 while a 1902 Oldsmobile Curved Dash took the Tom Timmins Award and the Chairman’s Choice went to a 1951 Talbot-Lago T26 Grand Sport.

Other highlights of the show included tours of a 1958 U.S. Naval Academy training boat, test drives and showings of several new vehicles, such as the 2017 Lincoln Continental.

Children were able to participate in the “Kids Build a Boat” event, with the finished boat raffled in a drawing.

Aaron Shelby, grandson of Carroll Shelby, was in attendance at the show.