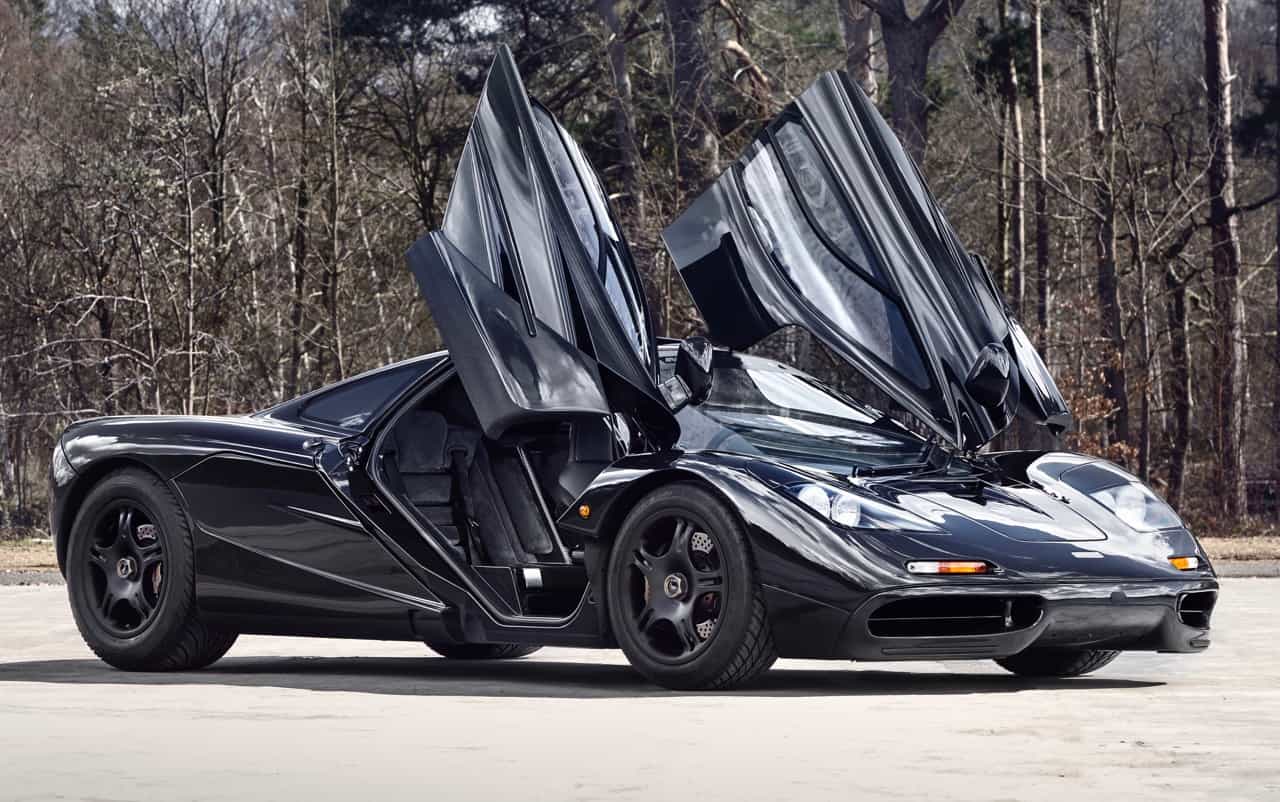 McLaren Special Operations may not have placed such an advertisement, but it has distributed a news release to inform that McLaren F1 069 is available for sale. While the news release includes no asking price, a McLaren F1 — 073 with an upgraded Le Mans-spec engine — sold at the RM Sotheby’s auction last summer in Monterey, California, for $13.75 million.

The McLaren news release notes that 069 is in both “factory” and “concours condition.” It is being sold with fitted luggage, a complete Facom titanium lightweight tool kit and tool box, all associated books and literature, including a numbered LM Edition of Driving Ambition, the McLaren F1 book, as well as a limited-edition McLaren F1 owner’s wristwatch.

The car is presented in Carbon Black with stealth-finished 17-inch center-locking magnesium wheels. The centrally located driver’s seat is finished in black with red trim while the dual passengers’ seats located on either side of the driver’s shoulders are finished in Alcantara.

The car is registered in England with all UK taxes paid, McLaren says.

Designed by Gordon Murray and Peter Stevens, the F1 was developed around Formula One technology, including a 6.1-liter V12 engine that generates 636 horsepower and capable of propelling the car to speeds of more than 242 mph, a record for a naturally aspirated passenger car that was set 20 years ago and still stands, according to McLaren.

A McLaren spokesperson would not speculate on the car’s asking price when asked by Classic Car News but suggested that interested parties contact McLaren Special Operations, which can be done by email to [email protected]

McLaren Special Operations is the company’s customer care division that services and maintains McLaren F1s for owners around the world, does personalization services when the cars get new owners, and offers brokerage services when an owner is interested in a private sale.