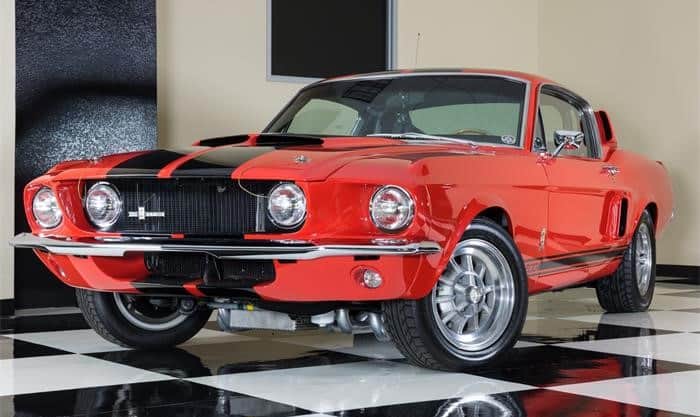 When you think of Sammy Hagar, you might remember his early days playing in a hard-rock band named Montrose, or else his song “I can’t drive 55” released during his solo career. The “Red Rocker” was also the former front man of Van Halen, and he founded the Cabo Wabo Tequila brand, among other things.

But gearheads might know him best for his automotive passion and enviable car collection.

Combining Shelby performance with “Red Rocker” style is the Pick of the Day, a 1967 Shelby Mustang GT500 that was formerly owned by Hagar. The sports coupe is now being offered on ClassicCars.com by a dealer in Scottsdale, Arizona.

Hagar sold the car in 2006 at Barrett-Jackson’s 35th anniversary Scottsdale auction after having owned it since 1989. According to the listing and the Barrett-Jackson consignment listing from 2006, the car was originally ordered with a standard non-louvered hood, no A/C, an automatic transmission and in Nightmist Blue paint.

During Hagar’s ownership, the Shelby GT500 was repainted Guards Red with black stripes, and seriously modified. The Shelby is now powered by a 427 cid V8 with electronic ignition mated to a manual transmission.

According to the listing on ClassicCars.com, the car also features air conditioning, bucket seats, cruise control, a custom stereo, power brakes, tilt wheel, and tinted windows.   The car’s glove box has been autographed with a dedication to Sammy Hagar from Carroll Shelby.

Listed for $184,000, the sale of this Shelby includes a signed guitar, display case and autographed photos.