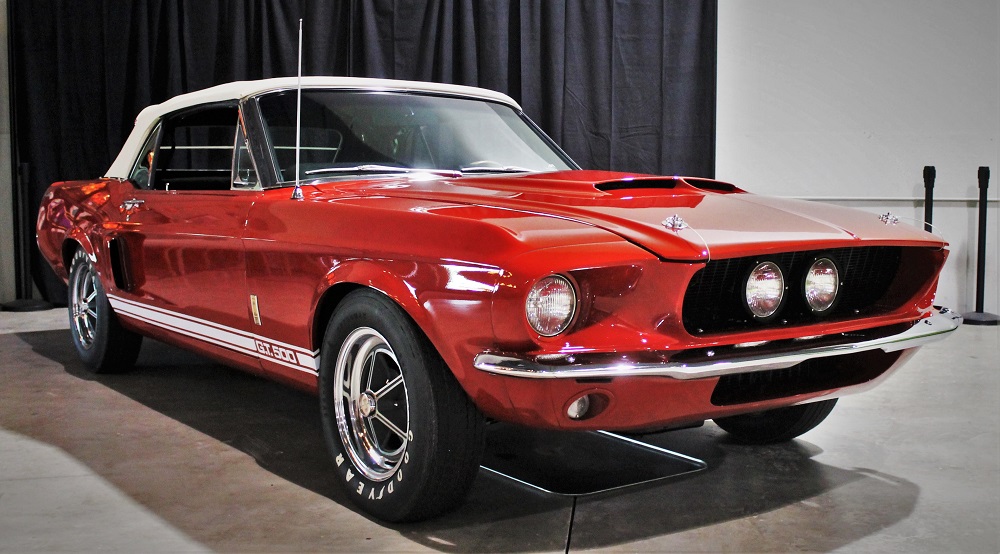 A continuation of our conversation with car collector Brian Styles

Classic Car News: What is something you have learned about collecting cars?

Brian Styles: If you are really passionate about collecting cars, neither the acquisition of the car nor the completion of the restoration is the end of the journey, it’s kind of the beginning. From then on you get to be the new caretaker, the new story teller. It’s our job, I feel, to take these cars around the country and show them and share them with people, and share the research, the history, and the stories that go along with them.

One of the best things is if you are lucky enough to track down the first owner and they are still above ground and you get to ask them questions like “what were u thinking when you bought the car?”

Every car has a story. Any collector who gets into the hobby, hopefully appreciates that.

The wrong thing to do is buy a lot of great cars and lock them in a garage where they don’t see the light of day or get the appreciation they should from enthusiasts and future enthusiasts.

CCN: Out of the 20 or so cars that make up your collection, is there any car that is particularly special to you?

Brian Styles: If I had to pick a favorite, I couldn’t pick just one, but if you look at it like”‘if this building was on fire and I only had time to save one,” it would have to be the 1967 Shelby GT500 convertible. It is the most historically significant and rarest automobile ever built. It sounds like it is my favorite, and it probably is because I love telling the story.

It’s not a race car, it’s a production car, and they only built one of them. There is a whole website dedicated to it and we are working on a book. If we had hours and hours, I could go into that story more, but the condensed version is that it came about after Carroll’s company, Shelby American, announced plans for the upcoming 1967 model year, which had three components: to augment the car’s body with fiberglass components to give his Shelby GT a distinct look from the Mustang upon which it was based, introduce coupe and convertible body styles mid-model year, and offer the 428 Ford Cobra engine in addition to the 289.

Shelby placed orders with Ford, a total of 111 cars were ordered, all fastbacks except for one coupe and one convertible. Once Shelby got the cars, they were plagued with problems. Despite the initial issues, the coupe and convertible along with the first GT 500 fastback were completed. The convertible was designated a “company car,” and received the same livery as all ’67 GT cars. When it was done, Carroll Shelby claimed the convertible as his own “personal driver,” but interviews with other former employees indicate that the car was regularly driven by one of the office girls.

Prior to production in 1967, Ford management made the decision to delay Shelby’s plan until the following model yea, and Carroll’s convertible then had a new purpose. It was fitted with Ford’s updated design installed by Shelby American, which then began photographing the convertible at numerous California locations. The photos were used in brochures, magazine ads and dealer literature to promote the upcoming 1968 model year Shelby GT cars.

Eventually it was sold to someone in Dearborn, Michigan.

After years of researching and documenting its history, a concours-correct restoration was performed with contributions from many experts, enthusiasts and past employees in the Shelby community. Today, it sits as its earliest point as a Shelby with the 1967 Shelby styling and upgrades.

CCN: Do you have any other cars with interesting stories?

Brian Styles: One of my favorite funny stories is about a 1969 Cougar, it’s an XR7 convertible, the luxury edition with leather. Powertrain wise, it was equipped with the biggest engine available, which happened to be a 428 Cobra Jet with ram air option and hood scoop mated to a 4-speed gear box. By the numbers in ’69, they built 31 of them, it’s a rare car no matter how you look at it.

It’s got a great story because it was actually campaigned in the NHRA drag races by Ray Swensen Jr., who we believe had some kind of family relationship to the big Ford Lincoln Mercury dealers of the New York, New Jersey area at that time. As the story goes,, he was very successful campaigning and had pulled the 4-speed out and put in an automatic so it could run the SSJA class. I think he was a record holder, but it turns out that a very famous engine builder, Al Joniec, had done the engine work for him.

We got in touch with him and got a couple emails from Al Joniec who was like “yea I remember the car.” Apparently, Al Joniac had of course built the engine for the car, and every once in a while, that particular 1969 Cougar would pull up to the starting tree on the race track next to Al Joniac’s wife, who raced a Mustang. The Cougar would always win and Al Joniac, said — and I’d have to pull the email to be exact –  but something like, “needless to say I had created my own sexual assassin in the Joniac household because I built the engine in the Cougar too well.”

I also have a 1969 Chevelle L89 convertible with a 4-speed. There have only been two found to date with that powertrain. I was able to interview the original owner of the car and he was like “I didn’t know what it was when I bought it, I thought it was a pretty convertible and saw it driving to and from work every day.” He was living with his parents and wanted his first real car, so he bought it. He didn’t realize what he had till after he started paying the more expensive tune up bill because it had the aluminum heads on the car.

CCN: Where do you like to show your cars?

Brian Styles: My personal favorite is the Muscle Car and Corvette Nationals in Rosemont, outside of Chicago, the weekend before Thanksgiving each year. It’s absolutely the best muscle and pony car show on the planet. The quality of cars in attendance is outstanding.

Concours events are a broader scope and show everything from muscle to Duesenbergs to wooden boats. It’s a different kind of crowd, but I appreciate them all the same.

And then there is the cars that are special enough to be on display at museums. We will move cars from one museum to the next, to the next, so it gets exposure through the country, but that’s not so common.