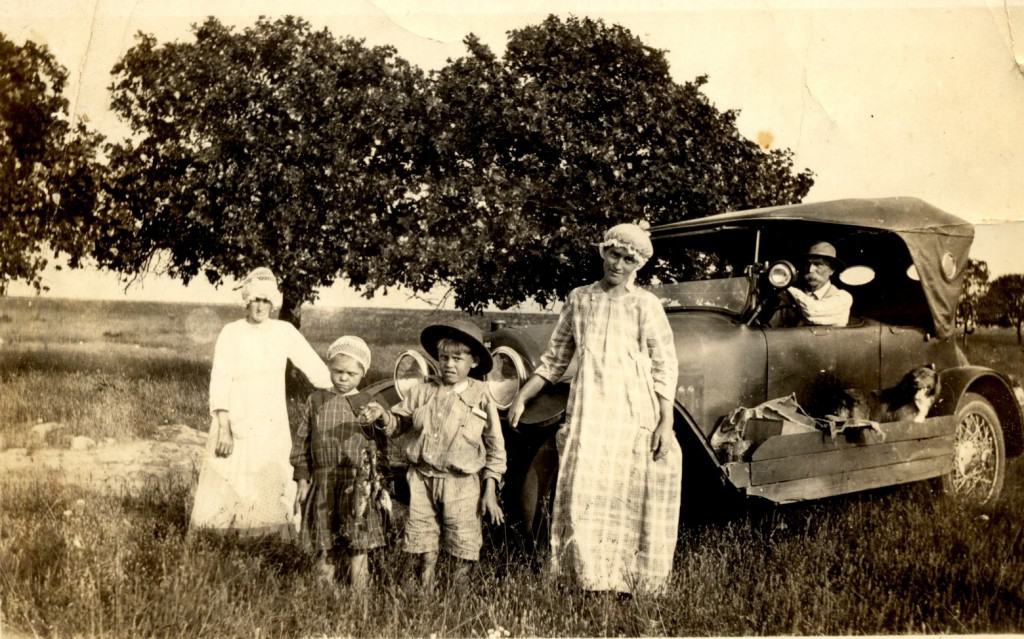 On display through September 15, 2016, the Auburn Cord Duesenberg Museum is hosting its traveling exhibit, “The Women Workers of the Auburn Automobile Company,” at the museum in Auburn, Indiana.

The exhibit is composed of photographs of women working in the Auburn factories and has been traveling around the local community for the past 12 months, an effort that focuses on having some of the women in the photographs identified so their legacies could be preserved.

“Overall, it’s nice to be able to celebrate Hoosier women in an accurate and appropriate manner,” Ethan Bowers, Archives Manager of ACD museum said. “I believe many Hoosiers have the feeling that women were often powerless and not influential in the early 20th Century, which is simply untrue.

“When you take a closer look at the role of women in the Indiana workforce at companies such as the Auburn Automobile Company, you see that their mere presence wielded influence and altered their role in the community. For something to be historically significant it doesn’t always have to be revolutionary or extraordinary. In fact, it is perhaps the ordinary Hoosiers and their struggles to make a living that we should highlight.”

The Petersen Automotive Museum, located in Los Angeles, is throwing it back to the ’80s with their “Back to the Future” month. Celebrations begin April 20 as the museum becomes the new home of the Back to the Future DeLorean.

Museum members can attend the unveiling of the car, followed by a panel discussion with Bob Gale, the writer and co-creator of Back to the Future, and John Murdy, Universal Studios Hollywood creative director, in addition to the movie car builders and technicians who worked to restore the DeLorean back to its on-screen condition.

The following Saturday, April 23, the Petersen invites guests 21-and-older to wear their best ’80s outfits to the “Enchantment Under the Sea” dance and party, a re-creation of the dance from the Back to the Future movie.  Missing Persons and a Back to the Future tribute band, The Flux Capacitors, are set to play live music.

DeLorean owners are encouraged to show their cars on April 24, from 8 to 10  a.m., at the museum for a DeLorean-themed Breakfast Club Cruise-in.

While the Petersen celebrates the ’80s, the Simeone Automotive Museum in Philadelphia opens its 18-car tribute to Subaru on Saturday. The exhibit will include both road-going and competition cars, and it runs through May 1.

Set to run from April 23 through September 11, the California Automobile Museum in Sacramento provides museum goers with a new exhibit, “The Pickup Truck: where utility meets the everyday.” The exhibit looks at the transition of the American pickup truck as a work vehicle to a personal vehicle with examples from the 1920s through modern day.

The AACA Museum in Hershey, Pennsylvania, has its first car show of the season, Cars 4 Critters, on April 23 to benefit homeless animals.

This weekend the Kansas City Auto Museum is holding a “Scavanger Cruise” from 9:30 a.m. to noon. The cruise will send participants on a drive around Kansas City by solving a series of local car related tasks.

The National Corvette Museum in Bowling Green, Kentucky, is set to hold its annual C4 Gathering at the museum, May 12-14. The gathering features seminars, tours, and other actives that will be specific and appeal to models produced between 1984 and 1996. Online registration is available through the museums website.

The California Automobile Museum in Sacramento plans a Memorial Day car show May 30 featuring Corvettes and other American muscle cars. The museum also hosts “Cruise Fest on Fulton Avenue” on September 10. The show is set to include live music, a beer garden and food trucks.

The British Motor Museum is holding the “National Metro & Mini Show” on June 5, at the museum. The show is set to include a “Car Gymkhana,” allowing participants to match a pre-set time around a track, other highlights include a concours, a non-cours with classes including Most Non-Functioning Accessories, Worst Interior, Biggest Area of Rust, Craziest Engine Bay, and more.

The Automotive Hall of Fame in Dearborn, Michigan is holding Cars and Coffee on June 18, August 27 and October 15.

On Saturday, the World of Speed Museum in Wilsonville, Oregon, celebrates its birthday with birthday cake for all visitors and a toast with the museum’s founders and staff. Members also will have access to the learning center to view slot-car racing and Pinewood Derby action.

The museum holds its 2016 Spark Gala on September 17. The event is an effort to raise funds for the museum’s educational programs.

The National Corvette Museum in Bowling Green, Kentucky, holds the Michelin NCM Bash on April 28-30. Attendees will be able to get up close to the next-model-year Corvette as well as hear from the engineers and designers of the car.

The next class in a six-part series on the foundations of automotive photography at Simeone Museum is this Saturday, and will look at composition. Classes follow June 4, July 30, September 17 and October 29.   The museum has announced it was awarded the AACA Plaque Award in recognition of outstanding achievement in the preservation of automotive history.

On April 24, the Gilmore Car Museum, in Hickory Corners, Michigan, holds the next class in its 2016 lecture series, “Runabout Renaissance – The Rebirth of the Wooden Pleasure Boat,” with the following class, “The Earliest and Oldest Automobiles Dealerships in Michigan” set for May 1.

The Petersen Automotive Museum, located in Los Angeles, California, is holding a curator talk on April 26 that will go over the science and symbolism of Silver.

The National Sprint Car Hall of Fame Museum’s series of monthly “Sprint Car 101 forums” has scheduled the following events: “An Evening with Duane ‘Pancho’ Carter and Steve Stapp to benefit Racers at Rest,” hosted by Brian Gerster on May 5 at the American Legion Post in Speedway, Indiana; and remaining forums held at the museum in Knoxville, Iowa, on May 21, June 11 and July 16.

The final class in the Owls Head Transportation Museum’s 2016 Winter Education Series is set for April 30 at 1 p.m. at the museum, located in Owls Head, Maine. The discussion will focus on the Lafayette Escadrille, with historian, writer and museum professional, Mark Wilkins walking guests through the history of this group of pilots.

The League of Retired Automotive Designers, an informal group of mostly retired automobile designers, will be a part of a panel discussion held on April 20, moderated by collections manager Sam Gate, at the Auburn Cord Duesenberg Automobile Museum in Auburn, Indiana. The designers are set to discuss their ideas, concepts and renderings, and the inspirations for their drawings.

The next speaker-series discussion at the Blackhawk Museum in Danville, California, is scheduled May 7 with Allen Grant discussing the 1965 Shelby Team Driver.

The California Automobile Museum offers a Mother’s Day tea and talk on May 8.