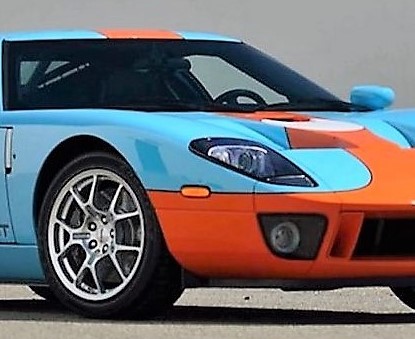 Nearly $20 million worth of collector cars were sold by Mecum Auctions during its fifth annual auction last week in Houston, with 543 vehicles selling out of 820 that crossed the block. That number is off from the 2015 Houston sale with more than $25 million for 645 cars sold out of around 900 offered.

The three-day auction did manage to dodge the massive deluge that hit Houston on Sunday morning, just hours after the auction closed Saturday, when more than 10 inches of rain fell in a short period of time and caused widespread local flooding.

“The storm came in after the auction,” said Mecum spokesperson Christine Giovingo. “It didn’t affect us, thank goodness.”

Once again, a modern exotic 2006 Ford GT led the results, hitting $425,000 on the block Saturday for the blue-and-orange Heritage Edition sports coupe. This is the fifth time in the past year that a Ford GT has led Mecum auction results. Although later Saturday evening, a nearly identical 2006 Ford GT Heritage Edition failed to reach reserve at $327,500. (All results are hammer prices that do not include auction fees.)

The headline car of the Houston auction, a 1963 Corvette coupe so-called “tanker” equipped with a 36-gallon fuel tank for endurance racing, was a no sale on Saturday with bidding reaching $490,000, which was not enough to buy it.

The top-10 sales for Mecum’s Houston auction were:

(All results are hammer prices not including auction fees)

Next up for Mecum Auctions is its signature Spring Classic in Indianapolis from May 17 to 21. For more information, see the auction website.