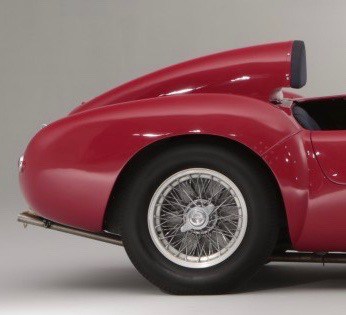 The bidder who paid then-record $18.3 million at a Bonhams auction two years ago finally has won the right to possess his 1954 Ferrari 375 Plus, a car known as the “Fearsome Four-Nine.”

The car, nicknamed because of its 4.9-liter V12 engine, was raced by the likes of Umberto Maglioli, Jose Froilan Gonzalez, Jim Kimberly and Troy Ruttman and at one time led the 24 Hours of Le Mans. But it had fallen into disrepair after catching fire during a race until being restored decades later by former Ferrari racer Jacques Swaters and his Ecurie Francorchamps team.

However, after the bidding ended at Bonhams Goodwood Festival of Speed sale in 2014, the court battle over the car resumed. The car’s ownership had been in dispute but appeared to have been cleared before the sale. When the ownership battle resumed, the high bidder, Victoria’s Secret owner Les Wexner, demanded his money back.

Earlier this week, the Daily Mail newspaper in England reported that the London High Court finally resolved the legal issues and the car is, indeed, Wexner’s and can join his collection of Ferraris in Ohio.

“The resolution of the litigation, including the transfer of valid Ohio title and Bonhams’ contribution to Copley’s costs (Copley Motorcars, a classic car dealership in Massachusetts, acted at Wexner’s agent in the transaction), finally enables the completion of the sale of the car with the disputes to title now definitively resolved,” the newspaper quoted a joint statement from Bonhams and Wexner’s lawyers.

According to the newspaper, American Karl Kleve had paid $2,500 for the burned-out remains of the Fearsome Forty-Nine in 1958. However, the car was stolen in the 1980s and was shipped to Belgium, where it was seized by local authorities. Swaters ended up with the car and reportedly paid Kleve $625,000 to buy the Ferrari, which he already restored before learning of any dispute in its ownership.

Kleve died in 2003 and Swaters in 2010, and their heirs went to court over the car’s ownership.