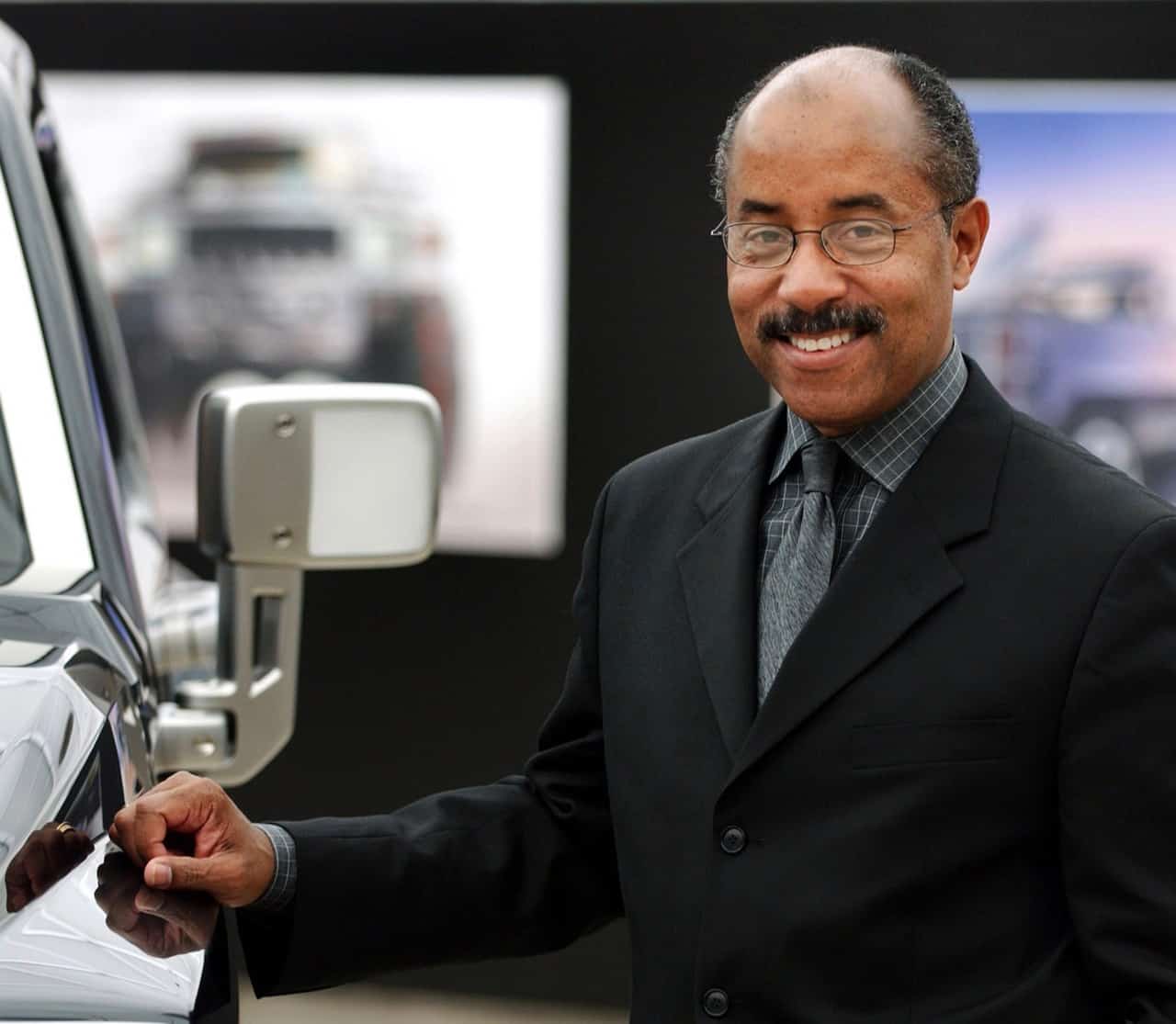 Funny, isn’t it, how some memories stick with us. News that Ed Welburn is retiring as head of design at General Motors triggered the memory of the day I first heard Welburn’s name.

It was the autumn of 1987. I had just arrived as the new motorsports editor at AutoWeek as Kevin Wilson, the magazine’s auto industry news editor, was returning from Fort Stockton, Texas, where he’d covered A.J. Foyt setting a series of closed-course speed records in an elongated vehicle called the Oldsmobile Aerotech.

That a car powered by a turbocharged version of the Olds Quad 4 — that’s 4 as in the number of cylinders pumping within the car’s engine — had exceeded 257 mph was huge news. But what I remember nearly 30 years later is how impressed Kevin was with the designer of the car. The designer, at that time in his mid-30s, was Ed Welburn.

In addition to the Aerotech, Welburn was designing other Oldsmobiles, including Cutlasses, which you likely have forgotten were among the best-selling cars in the United States for many years. Not long after Aerotech, he was promoted to head Olds design and when GM launched its new Saturn division in 1996, Welburn was selected as the chief designer. He also did some work overseas and then came back to lead the GM Advanced Design studio, and thus the creation of concept cars such as the revolutionary Autonomy and Hy-Wire and the very well-received Chevy Bel Air, among others.

Other promotions followed. In 2003 Welburn became vice-president in charge of GM Design for North America and in 2005 his leadership responsibilities expanded to GM Global Design.

And thus Welburn, a graduate of Howard University who had begun working at GM as an intern sculpting mockup car bodies others had designed, not only became just the sixth person to head GM Design — not only succeeding GM’s legendary designers but in the same office overlooking the reflecting pool and fountain at the GM Tech Center in Michigan as Harley Earl, Bill Mitchell, Irv Rybicki, Chuck Jordan and Wayne Cherry — but also becoming the first African-American to hold that title at any automaker, and the first at GM with global oversight.

And how did it all begin? In 1958 Welburn’s parents took their 8-year-old son to the Philadelphia Auto Show, where he saw the Cadillac Cyclone concept car and decided he wanted to grow up to design such vehicles.

I won’t try to tell you I’m on a first-name basis with Ed Welburn, but through the years, and especially during research for books on the Corvette and Camaro, I’ve done interviews in his office, in the GM Design service garage, and at other locations, and I’ve spent even more time talking with designers who work for Welburn.

What I find most remarkable isn’t that he’s the first African-American to lead an automaker’s design department, but the quiet, confident way he has done that job, and the way he has encouraged young designers, and young designers from around the world, how he pushed his team to produce the best possible work, and how he then — and unlike other design leaders who eagerly take the credit for popular new vehicles — how Welburn has shared those accolades, shared to the point of often backing out of the limelight rather than letting it shine on him.

By the time they become heads of studios, let alone heads of entire design departments, the people who loved to draw cars don’t have much time to pursue that passion. The lines on paper or computer screens that might blossom into three-dimensional scale models and, on rare occasions, into vehicles rolling off production lines are managing their creative staffs and dealing with other corporate executives and even fighting off the bean counters who care not about a car’s lines but only about the bottom line.

Speaking of the bottom line, there wouldn’t have been a reborn Chevrolet Camaro in 2010 had Welburn not pushed the idea at a meeting of GM engineering, product development and design executives. And that car might not have had the styling it had had Welburn not brought his own 1969 Camaro SS into the studio to inspire the design team.

It is not unusual for various studios beneath a corporate umbrella to be invited to submit preliminary sketches when a vehicle is ready for redesign. Design managers then evaluate those sketches, select some for further development and eventually select one or two or three to grow into full-scale clay models to be shown to corporate leaders.

The selection between the two or three final designs for the car that will go into production is done as a sort of “bake off.”

But Welburn hasn’t always been satisfied with the results of those bake offs and more than once has put his teams back to work, even over the holidays, because he’s convinced they could do better. And they have responded and General Motors has produced not just better-looking vehicles but overall better vehicles as a result.

Traditionally, it is the head of design who has hogged the credit for such vehicles. But not Welburn. He’s taken the term “global” seriously and has made GM Design ethnically diverse. He’s not only encouraged young designers from around the world to stretch their talents, but when they have, he’s thrust them into the limelight, whether at media events or major auto shows, letting them not only take private pride but public ownership of their work.

After they retire, it is not unusual for automobile company executives to write a book — or two or three — about management techniques. I hope Ed Welburn writes one, and I hope it is read in design schools and executive suites, in board rooms and beyond.