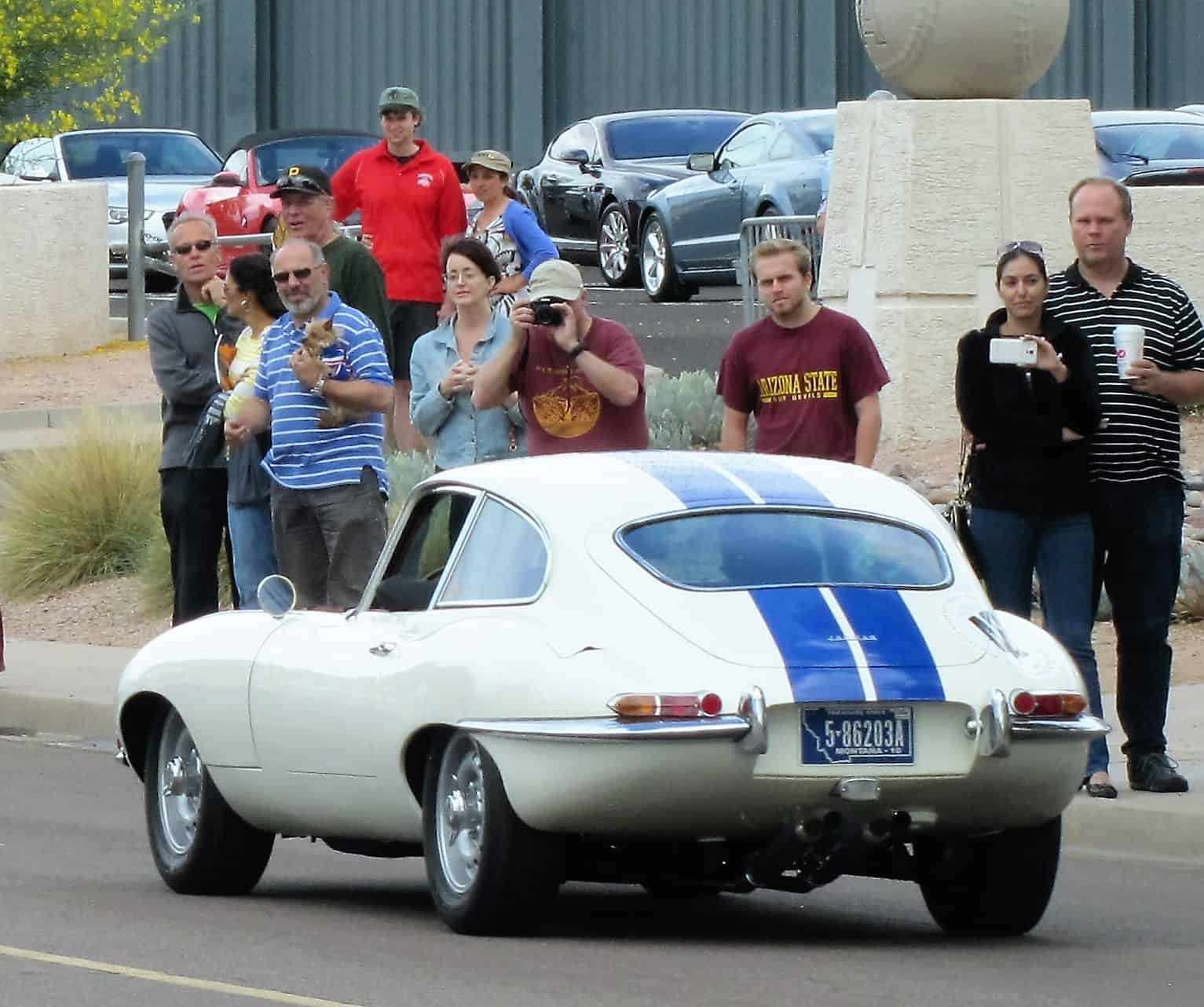 The drizzly morning rain that washed over the start of the Copperstate 1000 classic car road rally last Sunday was actually a welcomed relief from what had been forecast: a gully washer of a thunderstorm. That happened later, after the spectacular collection of vintage automobiles headed on their way to a 1,000-mile tour of central and southern Arizona.

As usual, the grand gathering of around 85 sports cars, GTs, race cars and tourers were assembled at the Tempe Diablo baseball stadium in suburban Phoenix, filling the outfield and baselines with a colorful array of international beauties. Hundreds of spectators milled around the cars, many of them rare and tremendously valuable, for a close-up look at one of the best classic car shows anywhere.

The collection included a gang of Jaguar E-types, with Jaguar making up the biggest number of rally cars. That was followed by Porsche, particularly early 356 models including four nicely restored Speedsters all in a row.

Other highlights included a number of terrific Ferraris, Maseratis and Alfa Romeos; brawny Aston Martins; a 1951 Cunningham C-2 roadster; a lavish 1935 Rolls-Royce Phantom II limo; a 1968 Iso Rivolta Grifo; 1973 Lancia Stratos and 1965 Alpine Renault A110 rally cars; a matching set of twin red 1965 Chevrolet Corvettes; and a super-cool 1954 Lincoln Capri that looked like an escapee from a Mexican road race.

Outside the stadium, the parking lot was filled with another vintage car show of vehicles driven to the stadium by local enthusiasts who brought out their prides and joys undaunted by the soggy weather.

The crowd was treated to the spectacle of the Copperstate rally cars being flagged off one by one for the start of the four-day event. The street outside the stadium was lined with fans who cheered and waved as the cars accelerated away and out of sight.

This was the 26th annual Copperstate 1000, an event that has taken its place among the great driving tours, organized by the Men’s Arts Council to benefit the Phoenix Art Museum. But while the rally entrants paid for the privilege of driving their cars in the high-end event, spectators were able to attend the show and sendoff for free.