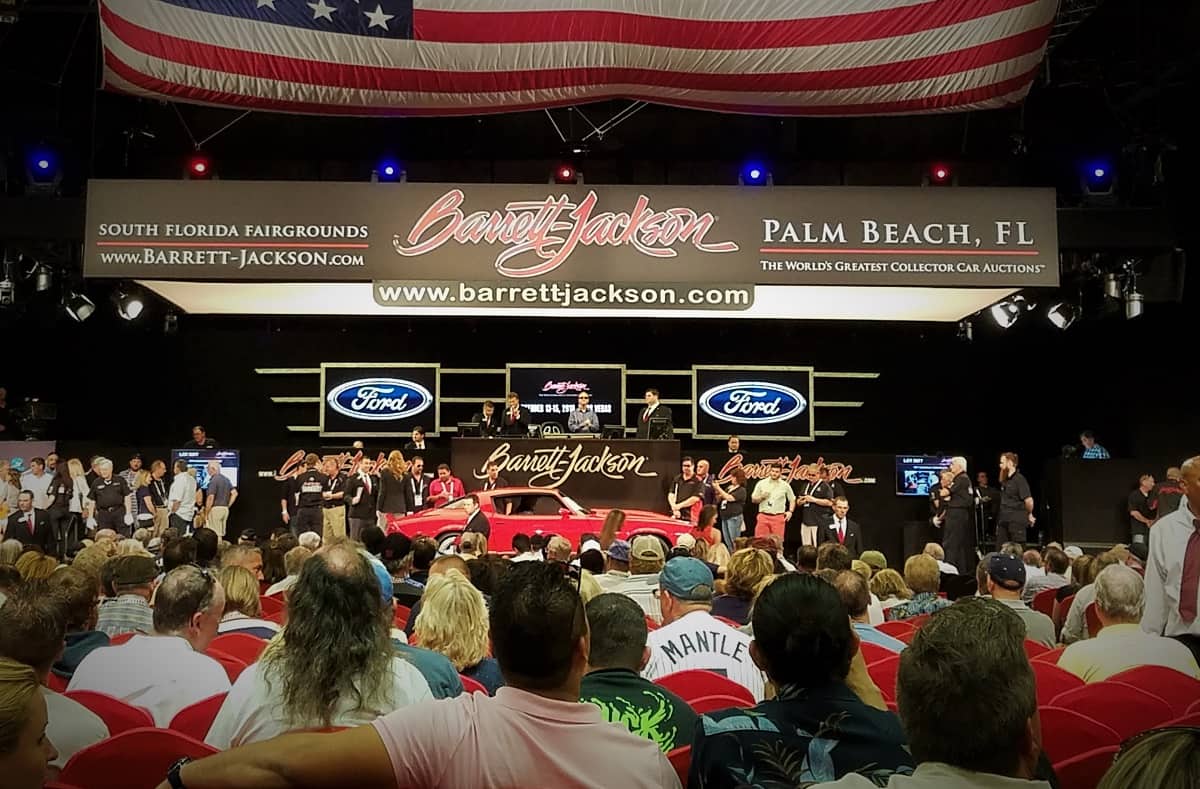 Barrett-Jackson posted $23.2 million in sales last weekend at its 14th annual Palm Beach auction in Florida. The sell-through rate was 96.3 percent. Significantly for the auction house, 42 percent of those bidding were newcomers to buying at Barrett-Jackson.

“Our Palm Beach auction was a remarkable success with an incredible docket of desirable supercars, original muscle cars and automobilia,” Craig Jackson, chairman and chief executive, said in a news release.

“The crowds were electric throughout the weekend and primetime Saturday felt like primetime in Scottsdale as the wave of energy carried over from our 45th anniversary Scottsdale Auction. We look forward to bringing this same excitement to our inaugural Mohegan Sun Auction (in Connecticut) in June.”

Not only were so many bidders new, but overall the bidding pool increased and some 65,000 people were attendance at the sale. The auction also received 19 hours of live broadcast on Velocity and Discovery in the United States and Canada, with 10 of those hours were viewable in the United Kingdom.

Notable guests included William Shatner, who was on site on Friday to auction his 2002 Aston Martin DB7 and 2004 Volkswagen Phaeton and who autographed each car for the winning bidders; country music artist Zac Brown attended the auction as well; as did NASCAR driver Kurt Busch, who flew in for Sunday’s action following his Sprint Cup race Saturday night in Texas.

A 1969 Ford Boss 429, formerly part of the Ron Pratte collection, earned the highest sale over the weekend, crossing the block for $550,000. According to Jackson, the sale of the Mustang in addition to high bids on Chevrolet Corvettes from the FAC Collection, showed “the strong demand for original American iron this year.”

“Customs, especially trucks were popular, too,” he said. “But the pristine, matching-numbers American muscle and sports cars were particularly coveted.”

Selling for more than $400,000 each were a pair of Heritage Edition Ford GTs. One had less than 5 miles on its odometer and still was encased in its original factory plastic protectors and window stickers.

Additionally, eight charity vehicles crossed the block for a combined $1,050,000 with all of those dollars going directly to the benefiting organizations.

Classic Car News featured 10 vehicles in a 10-day countdown leading up to Barrett-Jacksons Palm Beach sale, the results of those vehicles were:

Barrett-Jackson’s next auction is its inaugural Northeast sale, June 23-25 at the Mohegon Sun casino and resort in Uncasville, Connecticut.