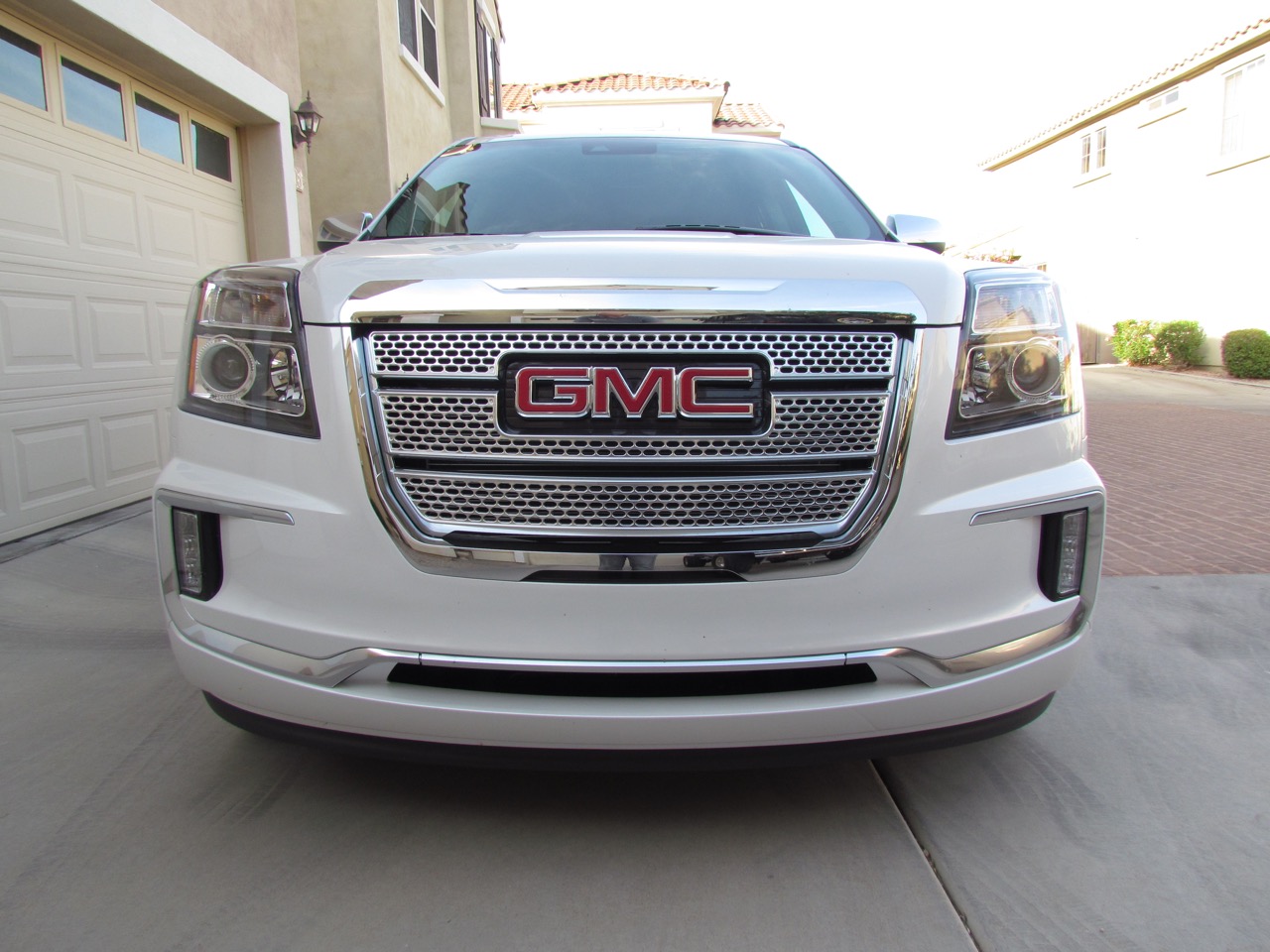 It’s no surprise that the full-size Sierra pickup truck is the best-selling vehicle at GMC dealerships. Though I was surprised to learn that the second-best seller at those stores isn’t the big Yukon sport utility or the smaller but still three-row Acadia crossover, or even the Canyon mid-size pickup.

The second-best seller in the GMC lineup is the division’s smallest vehicle, the Terrain, a compact (though its design makes it look larger) crossover with seating for five and, in its upscale Denali trim, a lot of luxury features that may be why the Terrain is selling so well.

The Terrain also appeals to two especially desirable sets of customers, GMC reports. Around half of those people buying the Terrain are new to GMC showrooms, and buying their first GMC product. Further, GMC reports that nearly half of the people who buy the Terrain are women, another positive indication for a brand known for selling trucks; in fact, GMC has no cars to sell, only trucks and crossovers.

I’ve just spent a week driving a 2016 GMC Terrain with all-wheel drive and the Denali accoutrements.

Though technically a compact, the Terrain Denali has a much larger presence on the road thanks to a toned muscular design that looks like it’s been diligent in its workouts at the gym. But it’s also roomy and all leathery inside, with good second-row legroom and cargo capacity in the back.

Plus the $35,725 base price includes the stability of all-wheel drive, a long list of safety features — including forward collision alert, blind-spot warning, rear camera and cross-traffic alert, etc. — satin chrome exterior trim, premium audio, heated and power-adjusted front seats, a second row that slides fore and aft as required for people or enlarged cargo capacity, plus the vehicle is a wi-fi hotspot with satellite radio and OnStar services.

Navigation is terrific, and the one in the Terrain Denali shows icons for service stations, places to eat, etc. But when I needed to find a specific address one morning, I ignored the touchscreen and simply touched the OnStar button, told the person who responded where I wanted to go, and she downloaded the instructions into the navigation system for me, told me to enjoy my meal (I hadn’t told her it was a restaurant, but she knew). She asked me if there was anything else with which she might help and I was on my way rather than still sitting there in a parking lot trying to punch an address into the screen.

So that’s what I liked about the Denali Terrain, and why I think it’s become so popular and is drawing people to GMC showrooms. But there were a couple of things I didn’t especially like about this crossover.

The optional V6 engine is rated at 301 horsepower but only 272 pound-feet of torque, and the Terrain Denali with all-wheel drive weighs more than two tons. Plus peak power doesn’t arrive until well up into the rev range, so this is no rocket off the line. The EPA estimates overall fuel economy at 18 mpg, and even cruising along at freeway speeds the Terrain Denali figures to get up to only 23 mpg. The average driver will spend around $2,500 a year on fuel and there’s a note on the Monroney sheet that over the course of five years, you’ll be spending $3,500 more than average on fuel.

I also had one hiccup with the 6-speed automatic transmission, which seemed to stumble over itself one day as I tried to accelerate after slowing on up a slight uphill and the gearbox wasn’t quite sure how to respond to the encouragement I was expressing through my right foot to get us going.

It was a minor and momentary blip and it sorting things out and we proceeded on. Speaking of proceeding, the GMC Terrain Denali can be a very nice and stylish way to do just that, albeit at a price both at the dealership and the pump.