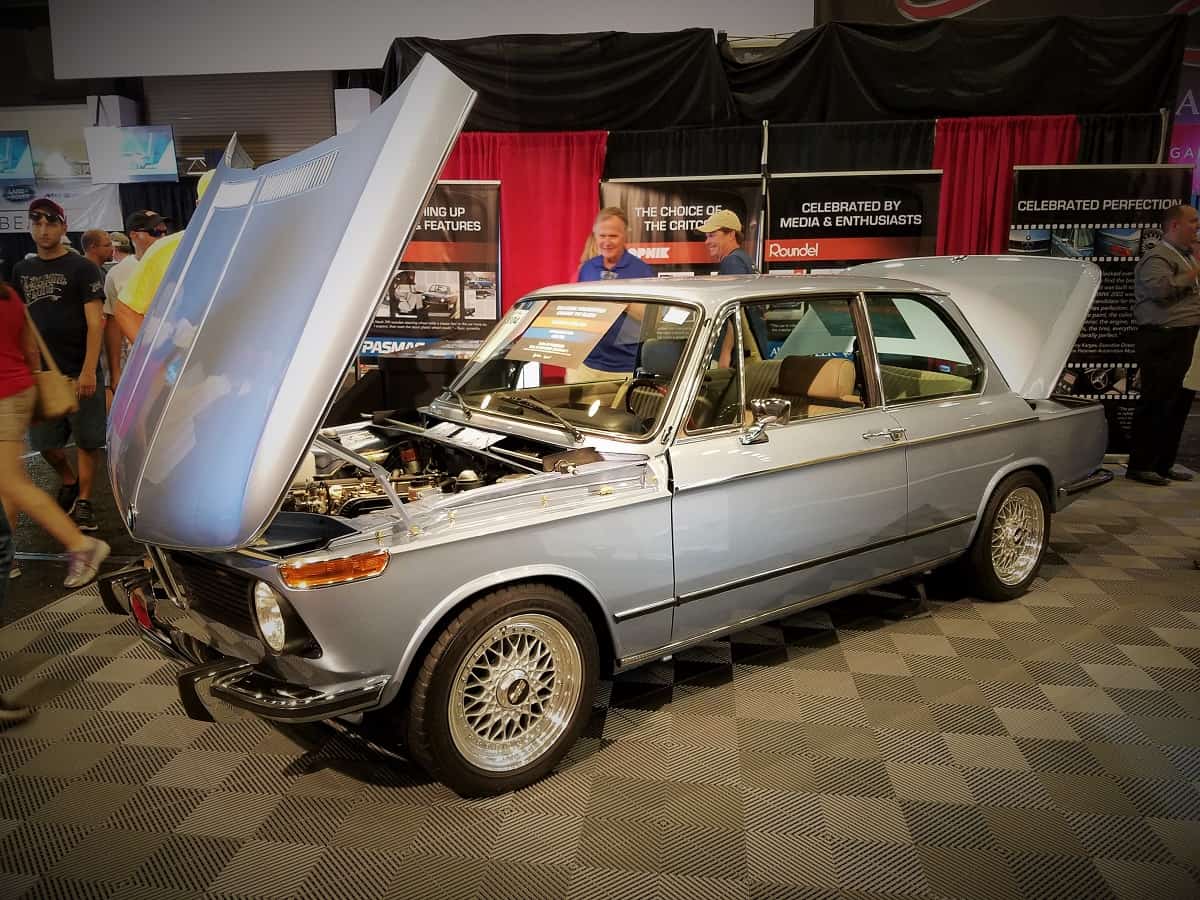 From the very beginning, Barrett-Jackson has helped make significant contributions to benefit all sorts of charity. However, at the company’s 14th annual Palm Beach auction this weekend, the $125,000 spent on a 1974 BMW 2002 went to a charity very close to the auction house’s heart, the Barrett-Jackson cancer research fund at the TGen foundation.

Russ Jackson, a co-founder of Barrett-Jackson, and his oldest son, Brain, both died from colon cancer.

“Through this incredible hobby, we’ve helped raise $84.6 million for deserving organizations and TGen in particular is one very close to my heart,” said Craig Jackson, Russ’s son, Brian’s younger brother and chief executive of the company that carries the family name.

“I’m proud to be a part of what Clarion is doing,” Jackson added of the auto audio company that restored the BMW and donated it for the charity sale.

“Clarion Builds was started with the mission of rekindling America’s love-affair with the automobile by building and restoring cars with an incredible story that have touched the lives of automotive enthusiasts around the world,” said Allen H. Gharapetian, vice president of marketing and product planning for Clarion Corporation of America. Gharapetian also heads the Clarion Builds program.

The BMW 2002 underwent a full restoration with many tasteful upgrades done by the Clarion Builds team and a group of selected industry partners.

Every part of the vehicle was stripped, reconditioned, repaired or replaced with new old stock parts. The builders maintained a factory-like appearance on the outside of the car with a fresh coat of Fjord Blue BMW paint and  NOS BMW glass, seals and lighting. Modifications include European-spec bumpers and a set of restored and period-correct German-made BBS RS honeycomb-style three-piece wheels.

The upholstery was upgraded with premium leather, luxurious Alcantara accents, a Nardi steering wheel and shifter, and with a Clarion audio system featuring an Internet-connected touchscreen head unit, component speakers and subwoofers as well as was designed to offer modern conveniences like navigation, music streaming and Bluetooth.

The BMW 2002 also showcases a completely refreshed and upgraded BMW M10 motor with boosted compression, a performance intake manifold and dual side-draft Weber 40s capped off by a custom one-off air filter specially made for this car by K&N. A high-flowing header and complete stainless-steel MagnaFlow exhaust system was also fitted to enhance the car’s breathing and make more power.

The factory 4-speed was swapped with a Getrag 5-speed from a later 3 Series.

The suspension was upgraded with Koni shocks, stiffer springs, thicker sway bars and 4-piston Wilwood brakes on all four corners to improve the driving dynamic of the car on the road and on the track.

“This sporty little coupe, a mix of practicality and muscle, incorporates the latest in technology to get to the heart of the driving experience, just as TGen employs state-of-the-art genetic investigations to uncover the driving force behind diseases like cancer,” said Chris Forsberg, two-time Formula Drift champion and official test driver of Clarion Builds.

Since the completion of the build, the Clarion Builds BMW 2002 has been on display at many t shows including BimmerFest West 2015, CES 2015 and Legends of the Autobahn 2015. It was also the winner of the Petersen Museum’s 2015 Petersen Perfection Award.

During the build process, the car was on the cover of European Car, Roundel and PASMAG, and was featured by AutoWeek, Bimmer Magazine, DUB, Jalopnik, and Super Street.

Cars sold at Barrett-Jackson have raised some $2 million for TGen and its cancer-fighting efforts.