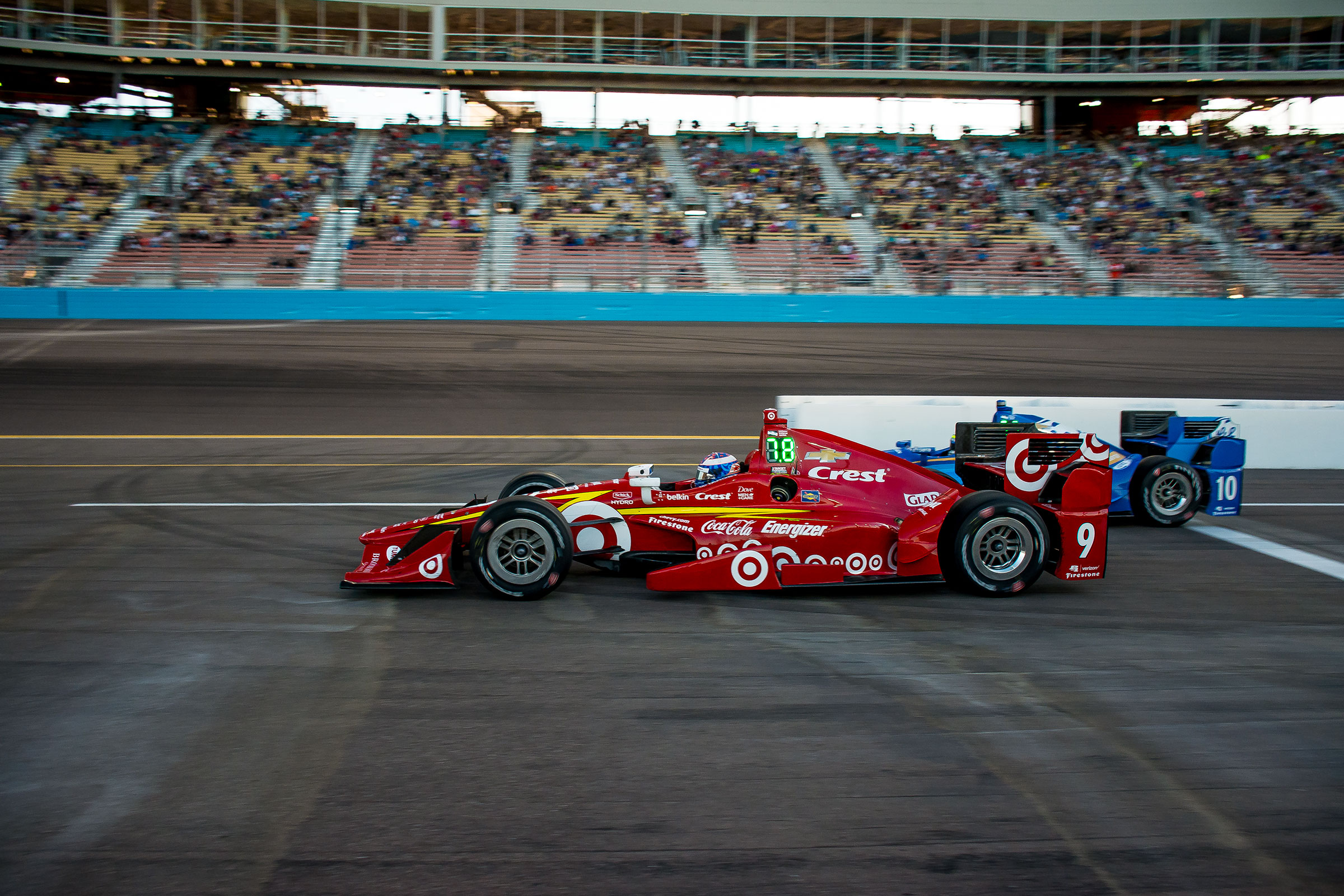 The month of May will be consumed by the 100th running of the Indianapolis 500, fitting because the event long ago earned its title as “the greatest spectacle in racing.”

But before heading back to Indy, the racers were in Phoenix last weekend for another historic event, their return to a race track that was specially built for their style of competition.

“Phoenix has been great in a lot of ways for me,” A.J. Foyt said at a ceremony announcing that the winner of the revived Indy car race at Phoenix International Raceway — the Desert Diamond West Valley Phoenix Grand Prix — would be the first to receive the new A.J. Foyt Champion’s Trophy.

“I’d say right here in Phoenix is where I got my big start,” the four-time Indy 500 winner added. “I’m just glad to be back here.”

Phoenix International Raceway was completed in 1964 and was built specifically for Indy-style open-wheel racing. For decades, it played a significant role in the Indycar championship and became known as a track at which only the best drivers would win.

Foyt now only won that inaugural race in 1964, but would win four more times at the desert track with the unusual kink in its oval. Other racing champions who won multiple times at Phoenix, which became known as a driver’s track, include Mario Andretti, Bobby Unser, Al Unser, Johnny Rutherford, and Tom Sneva.

“This is probably my most favorite track out of all Indianapolis racing,” said long-time Indy racer and team owner Dick Simon. “If you had a good setup at Phoenix, you could be expected to do well at Indy. And the track, the way it was designed, was designed with the angle of the track at such a manner that you could go through the corners at such a rapid speed.”

PIR has always been a favorite racetrack for Billy Boat as well. Boat is a former Indycar and USAC driver.

“I’ve run everything from a midget to a sprint car to a Silver Crown car here,” he said, referring to the days when the track hosted an annual Copper World Classic, a race weekend featuring all sorts of open-wheel competition. For many drivers, that weekend was their first on a big track.

“I grew up, I remember, when they ran Formula Ford here,” Boat continued. “PIR was probably playing a pivotal role in me getting the opportunity to drive with A.J. after I won the Copper World Classic here in ’96, I think, so the track has a lot of history to me and I was always proud to be a part of the history of it.”

Derek Daly, a Formula 1 driver who switched to Indycars, said he got a call just after his final F1 race of the 1982 season asking if he would like to run an Indy car in Phoenix.

“I had no idea whether Phoenix was an oval track, a street race, a road course,” he said. “I had no idea. I was curious about these cars’ turbochargers. We didn’t have turbocharged cars in Formula 1 at the time and I came here and looked at this thing, and thought ‘this is intriguing.’”

Firestone mascot before the race

NASCAR began holding stock car races at PIR in 1988 and the track was revamped n 1990 and then again in 2011. The Indy racers didn’t return after the 2005 season until this year.

Prior to the 2016 race, Will Power, who drives for Roger Penske’s team, said he could feel the anticipation of the Verizon Indycar series return.

“I think fans are interested to see what these cars are like on the track and how fast they are compared to NASCAR,” he said. “They are a lot faster which I think fans will enjoy.”

And they are a lot faster than even the Indy cars that used to race at the track.

The NASCAR track record at Phoenix is 143.158 held by Jimmie Johnson during a qualifying session. Helio Castroneves won the pole last weekend with a lap at 192.631 miles per hour, not only eclipsing the best by a stock car but also Arie Luyendyk’s 1996 Indy standard of 183.599. And Castroneves wasn’t alone, all but three other drivers also eclipsed Luyendyk’s former record.

“It’s an honor to be breaking the record, which has been holding for 20 years, and now we’re able to show that Verizon IndyCar Series cars are fast,” Castroneves said while sharing pit lane with Luyendyk, who has b become an Indy series race steward.

Today’s Indycars race with either Honda or Chevy engines and are capable of achieving speeds of 235 mph on a big track such as Indy’s. However, noted Graham Rahal, son of a former Indy 500 winner Bobby Rahal, because of the high speeds and tight turns, “Physically, this (Phoenix) will be the most demanding race of the year, I believe.”

Indycar prior to race

“It was definitely one of the toughest races on these short ovals,” Scott Dixon said after winning the race in Chip Ganassi Racing’s No. 9 Chevrolet and becoming the first winner of the Foyt trophy.

It also gives Dixon, a four-time series champ, a victory in 12 consecutive seasons, a record all his own. The 35-year-old was previously tied with Bobby Unser, Emerson Fittipaldi and Castroneves.

Along with speed records and Indycar’s return, the Phoenix weekend featured Sam Schmidt, a racer who was paralyzed in 2000, demonstrating the SAM Project.

Schmidt is working with Phoenix-based company Arrow Electronics, which is developing a semi-autonomous car with controls for disabled drivers. Arrow engineers have lapped the Indy track at 107 mph in a 2014 Corvette Stingray.

Schmidt hopes to surpass that mark.

“It’s been amazing really because, first of all they just called me to drive it, which is the ultimate,” Schmidt said of working with Arrow Electronics.

“To just be a driver again and not have to find the resources, buy the car, put the people together, just shut up and drive. That’s always a good thing to do.”