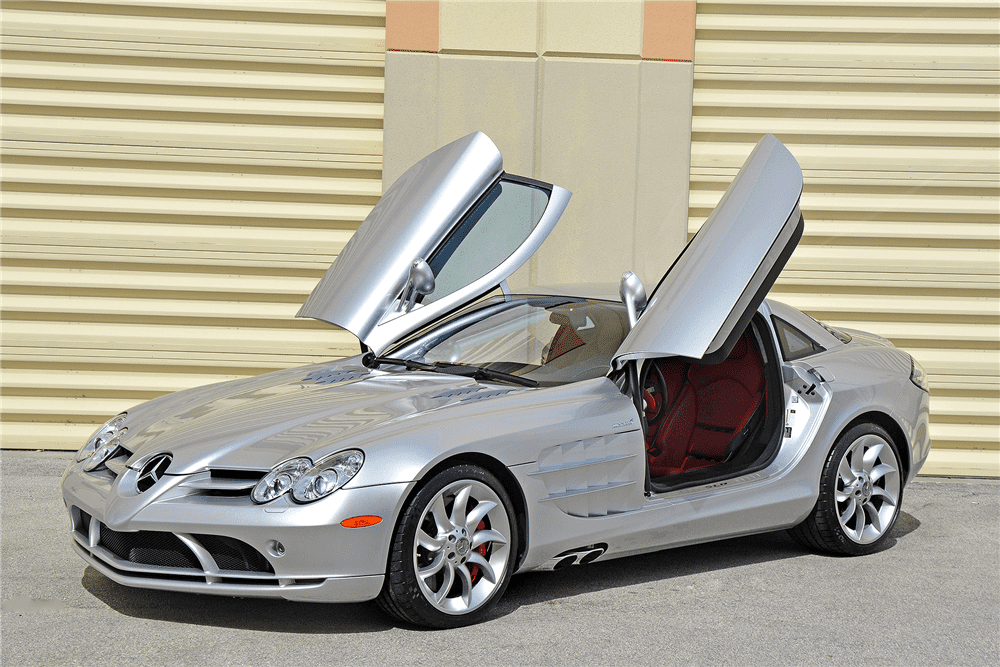 Editor’s note: This is the ninth in a 10-day series featuring cars to be sold April 8-10 at Barrett-Jackson’s 2016 Palm Beach Auction.

Rear of the SLR McLaren

The public first saw the SLR in 1999 at the North American International Auto Show, when Mercedes-Benz unveiled the “Vision SLR” concept. The concept was inspired both by the Mercedes-Benz 300 SLR Coupe of 1955, which was essentially a modified Mercedes-Benz race car, and the design of a closed-wheel Formula One car. The concept car debuted with an AMG 5.5-liter supercharged V8 engine. Later that year, during the Frankfurt show, the concept was presented in a roadster version.

With the concept well received, Mercedes worked with McLaren, its Formula One partner, to produce the Mercedes-Benz SLR McLaren.

Crossing the Barrett-Jackson Palm Beach auction block with a reserve is a 2006 Mercedes-Benz SLR McLaren.

The car offered has less than 7,200 miles on its odometer and has a one-owner history. The car is painted Crystal Laurite Silver with a 300SL Red exclusive leather interior and features luxury and performance features.