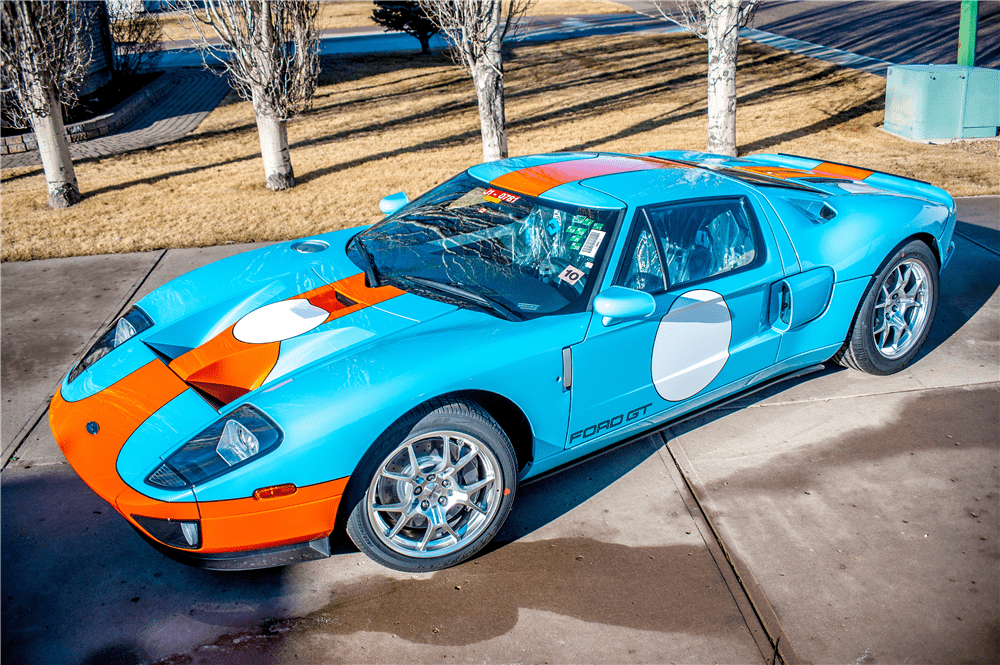 Editor’s note: This is the eighth in a 10-day series featuring cars to be sold April 8-10 at Barrett-Jackson’s 2016 Palm Beach Auction.

The Ford GT40 moved from famous to legendary on September 29,1968 when Lucien Bianchi and Pedro Rodriguez drove the car to victory at the 1968 24 Hours of Le Mans race. Sporting Gulf Oil’s powder blue and orange colors, the No. 9 GT40 finished five laps ahead of the second-place Porsche 907 to secure Ford’s third straight victory at the LeMans classic, a string of victories that began in 1966 with Henry Ford II’s demand to “beat Ferrari’s ass.”

Shelby American and Holman-Moody delivered with a commanding 1-2-3 finish in 1966 to end Ferrari’s dominance over the previous six years.

In 2002, Ford took the automotive world by storm when it was announced its “GT40” concept car with hints toward possible production at the North American International Auto Show in Detroit. On June 13, 2003, a Ford news release made it official: “Today, the all-new 2005 Ford GT supercar comes to life.”

This 2006 Ford GT Heritage Edition (Lot 1370) is being offered at no reserve at Barrett-Jackson’s 2016 Scottsdale auction.

Its drivetrain comprises of a supercharged, mid-mounted, four-valve 5.4-liter V8, good for 500 horsepower, mated to a Ricardo 6-speed manual transaxle. Unlike the original GT40, the new iteration came with the comforts and conveniences of a touring car, including air conditioning, AM/FM/CD stereo and tilt/telescoping steering wheel.

This orange and blue GT has less than 5 miles on the odometer and remains in its factory original delivery state. Factory transport stickers are still intact; shrink wrap, steering wheel wrap and seat plastic are all still in place. Original documentation from Ford Motor Company, Window Sticker, and all books and manuals included, along with the original sticker kit still in its original box.