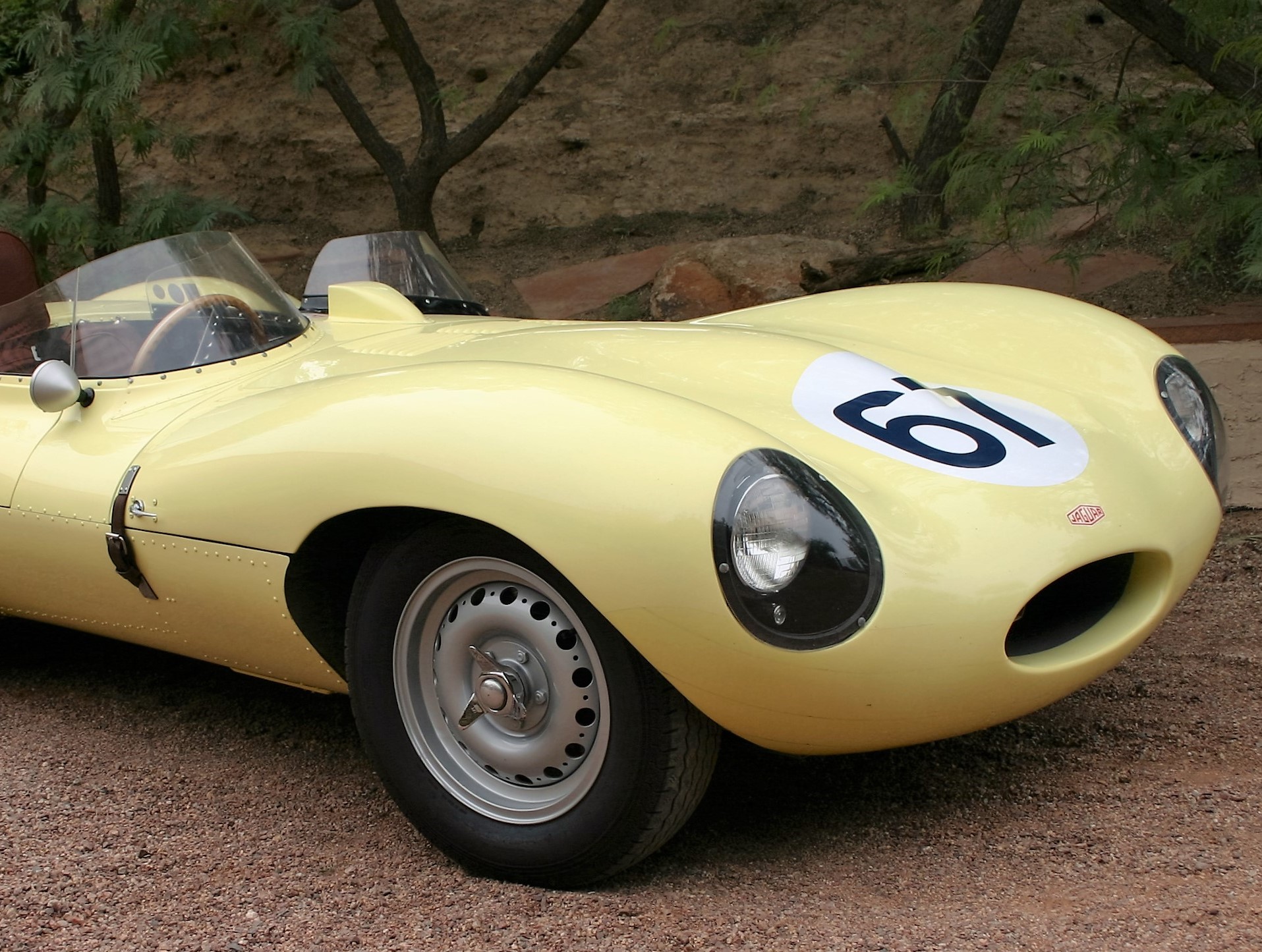 The inaugural International Jaguar Festival has roared into Scottsdale, Arizona, this week, marking the first time that all 66 Jaguar clubs in the United States, Canada and Mexico have come together for a multi-day homage to the cars of Coventry.

The main public event of the enthusiast convention happens Sunday when the Jaguar Concours d’Elegance, Historic Timeline and Racing Heritage Display take to the lawns of the ritzy Scottsdale Plaza Resort. Some 150 Jaguar sports cars, race cars and saloons (sedans to us Yanks) dating back to the 1930s and ahead to next year will be spread across the grass.

“This is kind of the test case to see if it could be done, so we really amped it up as far as we could to make it spectacular,” Bronstein added. “If this goes well, this is the plan to do one big show for the whole country. And that’s part of why we decided this has to be done first class.”

The festival started Thursday and runs through Tuesday with about 350 Jaguar fans taking part in a number of seminars, tours and get-togethers.

On Sunday, the concours portion of the show presents a competition of exceptional Jaguars judged in 17 classes, representing the pinnacle of style and performance from the British marque. According to Bronstein, 40 experts from throughout North America will be judging the cars for awards in their classes as well as best of show and other prizes.

The public is invited to examine them as well, Bronstein noted, “and there are some spectacular cars.”

“But we also knew that since we were opening it to the public, we needed to have something that would show the history of Jaguar,” he added. “We have 29 cars in what we’re calling the Historic Timeline that represents many of the iconic Jaguar cars. The oldest is from 1935, the SS1, and if we add in the (2017) XE and the F-Pace (Jaguar’s first SUV), which are two new Jaguars that are just being released and not yet in showrooms, then we have 31 cars in this lineup.”

A strong effort was made to present all the Timeline cars as they had been actually delivered new, Bronstein said.

“What makes this unique is that these are all authentic cars. No modifications,” he said. “It’s not that they’re all pristine trailer queens. Some of them are drivers. It runs the gauntlet. But the requirement was they had to be as delivered from the factory.”

There will several motorcycles in the group, one with an original Swallow Sidecar mounted to show the very beginnings of what became the Jaguar company. A 1924 Brough Superior SS 80 is a bike once owned and raced by Sir William Lyons, co-founder of Swallow Sidecars and SS motorcars, and longtime head of Jaguar after World War II.

The third piece of the Sunday show, the Racing Heritage Display, will feature some of the great Jaguar competition cars that ruled Le Mans during the 1950s, as well as racing machines from other eras and venues, including a little-known Jaguar Indy car from the 1980s.

“We will have three C-types, two D-types and three ‘Lightweights,’” Bronstein said, counting off three of the most famous Jaguar race cars of all time – the lightweights were alloy-body E-type racing coupes. “Getting those cars together, I’d like to see another concours anywhere in the U.S. that’s doing that. Very iconic cars in that group.”

Another Lightweight that will be in the show is one of the six continuation models recently built to original specifications by the Jaguar factory, completing the original planned run of 18 cars of which only 12 were completed in period.

The new Lightweight is the only one imported to the United States, Bronstein noted, and the only one of the entire group of 18 finished in blue.

“That car belongs to one of our members who’s bringing it to the event,” he said. “It’s a car that no one has ever seen. He’s had it less than a month.”

An unusual highlight will be the appearance of a E-type hearse replica modeled after the custom car that appeared in the 1971 cult-classic film Harold and Maude. Although the original custom Jag was destroyed in the making of the movie, one film buff who’s also a Jaguar collector spared no expense in creating an exact copy of the movie car.

“He’s very nostalgic about movies,” Bronstein said. “He first saw the movie Harold and Maude in 1973, and he went and recreated it. I don’t even want to tell you what he spent on it.”

The owner also will bring an E-type convertible of the type that appeared in the film before it was ostensibly transformed into the hearse by the young death-obsessed Harold. The designer of the Jaguar hearse, Red Harden, is also slated to appear with the car, and the film will be shown Sunday night after the concours and heritage displays.

“When people have that passion, they do it right,” Bronsein said of the owner.

The sweeping Jaguar show is expected to be something of an emotional journey for some of the participants and spectators, whose memories will be sparked by the appearance of so many historic Jaguars, Bronstein said.

“They’ll look at the history of Jaguar all together, and it’s going to be nostalgic; it’s going to be tear wrenching for some,” he said. “We want this to pull at people’s heartstrings because it’s an opportunity to see something that has never been compiled before. I don’t just mean the Timeline, I mean everything we have.”

For more information about the International Jaguar Festival, visit the event website.