Death Valley, in August, in decrepit cars — what could go wrong? 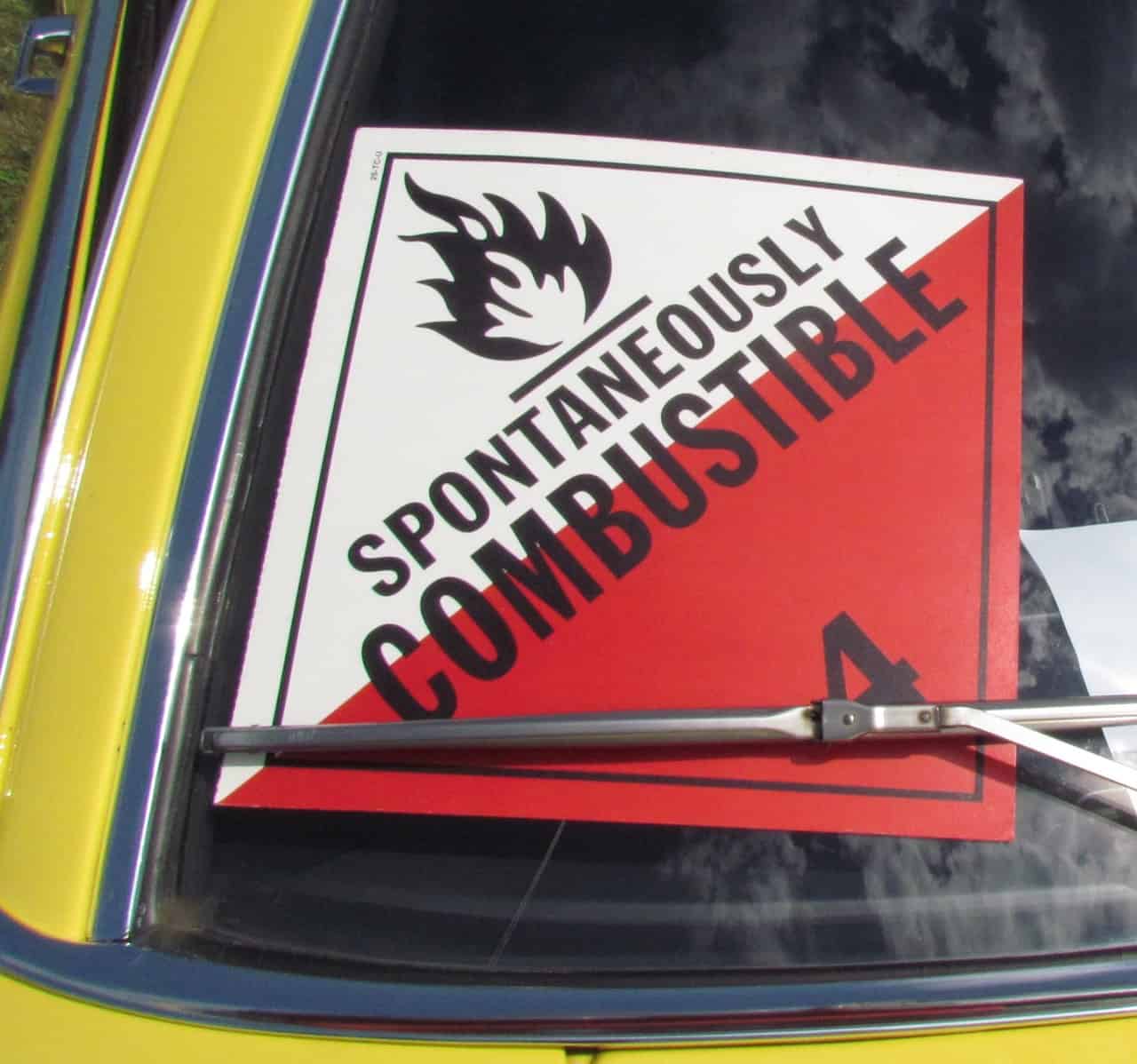 (Editor’s note: Yes, we know today is April Fool’s Day, but the following story is not a joke.)

‘I have never set foot in Death Valley in the summer because I’ve been too terrified,” Jay Lamm admitted as he talked about his plan not only to visit the hottest place on the planet this August, but to bring along a couple dozen of his friends. Although they might be former friends by the conclusion of the inaugural LeMons Hell on Wheels Rally ’16.

(Note: We say inaugural, which implies there will be more such events in the future. However, that depends on whether anyone survives this first one, which actually starts and ends in Monterey during Car Week on that peninsular playground.)

Lamm is the creator, though he prefers the title of chief perpetrator, of the 24 Hours of LeMons, which has become a series of round-the-clock race track events in which the $600 entry fee for each vehicle is $100 more than any of the cars on the track are worth, a limit enforced by the fact that if someone offers to buy your race car for $500, you have to sell it.

The entry fee for the LeMons rally is a mere $275 per car, and that car can be anything you chose to drive, though there are bonus points for “hooptiness,” the cool kids’ term for degree of decrepitude, and for what the rules term “general hopelessness.”

Unlike those fancy, schmancy vintage sports car rallies with their luxury hotels and catered meals, that $275 per car entry fee doesn’t buy you much beyond the right to self-deprivation because you have to schedule and pay for your own accommodations and meals along the route.

That route launches August 16 in Monterey, then heads east over the Sierras to Fallon, Nevada, and down to Las Vegas before heading west through Death Valley, continuing on through Bakersfield and on to the coast and up along the Pacific through San Simeon, Big Sur, Monterey to Santa Cruz.

Although the route may be punishing, Lamm did take the participants’ pocketbooks into account by scheduling the Friday night stay in Santa Cruz instead of Monterey, where Car Week hotel rates are astronomic. Besides, rally survivors will be back in Monterey come Saturday morning for the annual Concours d’LeMons, a LeMons spinoff event that bills itself as “a celebration of the oddball, Mundane and truly Awful of the automotive world.”

Unlike the LeMons races, the rally is open to all vehicles, “anything street-legal, insured, and offensive to Gullwing guys,” according to the rules.

Lamm hopes his Kellison Astra will be restored in time for the drive, though “I can’t think of a worse vehicle,” he said, explaining that, “all the engine heat comes into this microwave passenger cavity and it’s going to be horrible.”

That is, if it’s finished in time. If not, Lamm’s backup plan is a vehicle that at least has windows he can roll down.

Once the event begins, there are various ways participants can earn points along the route. But those points can be added or subtracted even before the event begins. For example, cars produced in Warsaw Pact nations start with a 250-point bonus. So does anything built before 1950. There are 150-point bonuses for the most creative roadside repairs and for having the best story about how you got that ticket.

On the other hand, you are penalized 250 points if you show up wearing Piloti driving shoes, and you lose 300 points if you are heard uttering the phrase “double apex.”

As for the fact that Lamm expects around two dozen cars for the rally, he explains that, “I suspect that the market for guys who want to drive through Death Valley in August in crappy old cars is a pretty thin market.

“We’ve had a lot of people sign up, but there’s a huge difference between signing up and showing up.”

And that’s OK with Lamm, who already is considering a winter version of the rally.

“Rallies are primarily social activities,” he added. “I care a lot less about what someone’s driving during the day than whether he’s fun to sit around in the parking lot and drink with at the end of the day.”